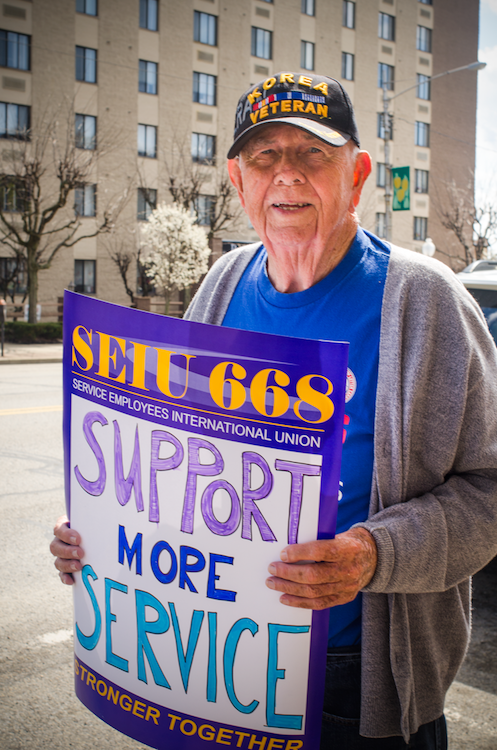 “I still have the warrant for my arrest in 1970 when the postal workers went out on strike. I was president of the local down here. Scared the hell out of me, but I stood on that picket line! I’m 85 years old, and when I was able to stand, I was a union person. My Dad was a union guy and I grew up that way.

My first job was up at B&W and the first thing I did when I walked in was ask ‘where can I sign up for the union?’ When I was president of the Letter Carriers Union, we had 12,000 guys in the local.

[Charlie Hamilton, a longtime member of the Letter Carriers Union and Beaver County resident joins a rally with members of SEIU Local 668 outside the Human Services Building in Beaver Falls on April 1st. At that time, the workers had been working without a contract for nearly a year and negotiations with the county commissioners were at a standstill. Since then, a tentative agreement has been reached and will be voted on in the coming days.] 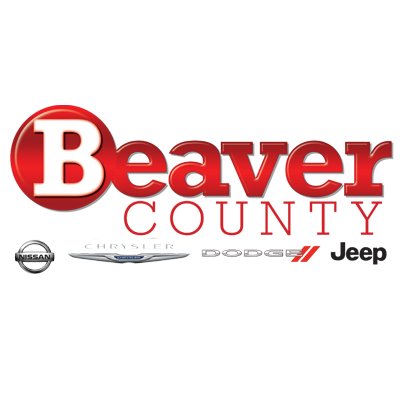 Erin Ninehouser
Erin Ninehouser loves photography for its ability to reveal truths and insights that are often too difficult to capture with words. She believes, as Garrison Keillor says through his troubled yet triumphant character Barbara in Pontoon, that “the only sermon that counts is the one formed by our actions.” A native of New Castle, Erin has made her home in Ambridge where she lives happily with her wonderful husband Dave, their three adorable and hilarious cats, and their “old gentleman” dog, Max. Erin is excited to help tell the stories of the people of Beaver County. You can see more of her work on Facebook and connect on Instagram or Twitter.
 Share this article:  Facebook  Twitter
Fit Moms and Ripped Dads: Together As One! April 16, 2018 By Marc Grandinetti
0
Comments
A Chocolate Sunday April 9, 2018 By Marc Grandinetti
0
Comments