The Midland Arts Council’s Summer Gallery has become a staple of Midland’s 4th of July celebration.  The juried art show is in its 12th year and is held in the atrium of Lincoln Park Performing Arts Center.  In addition to the juried show, visitors also have the opportunity to view a featured artist from the local area.  The show accepts original works from artists within a 50-mile radius of Midland, encompassing the tri-state area.

This year’s featured artist is Nick Mosura.  Nick’s artistic journey began back at Western Beaver in the mid 60’s.  He graduated from Edinboro University and entered the Army in 1970 where he was an illustrator.  Following his Army tour and a few other jobs, Nick landed in the federal government as an illustrator. His final move was to the Air Force Art Program, Pentagon. The goal of the program is to document Air Force activities world-wide.  He traveled the world with Air Force exhibits he created and as an escort to civilian artists, including three times to Iraq war zones. Since 1950, the program sponsors artists from various professional Illustrator Societies who volunteer their time and talents to create works, which they donate to the Air Force Art Program. The works of art are displayed throughout the world. Nick has donated 49 pieces to the collection. An amazing 15,000 paintings are in the collection!

Nick will be showing pieces out of his personal collection.  He mainly works in three mediums—oils, watercolor and woodcut prints.  All will be represented at the show.  Many of his works are interpretations from photographs he took during his travels and on-the-spot drawings, Nick believes “the Summer Gallery is a great opportunity for local artists to display their work.”   He’s honored to be a part of it.

The Summer Gallery Artists Reception is on June 22nd and the show will be open to the public from June 23rd through July 4th between 6 and 8 p.m. every night.  This year’s show promises to showcase a number of artists in the local area.  For more information, visit The Midland Arts Council’s website or Facebook page. 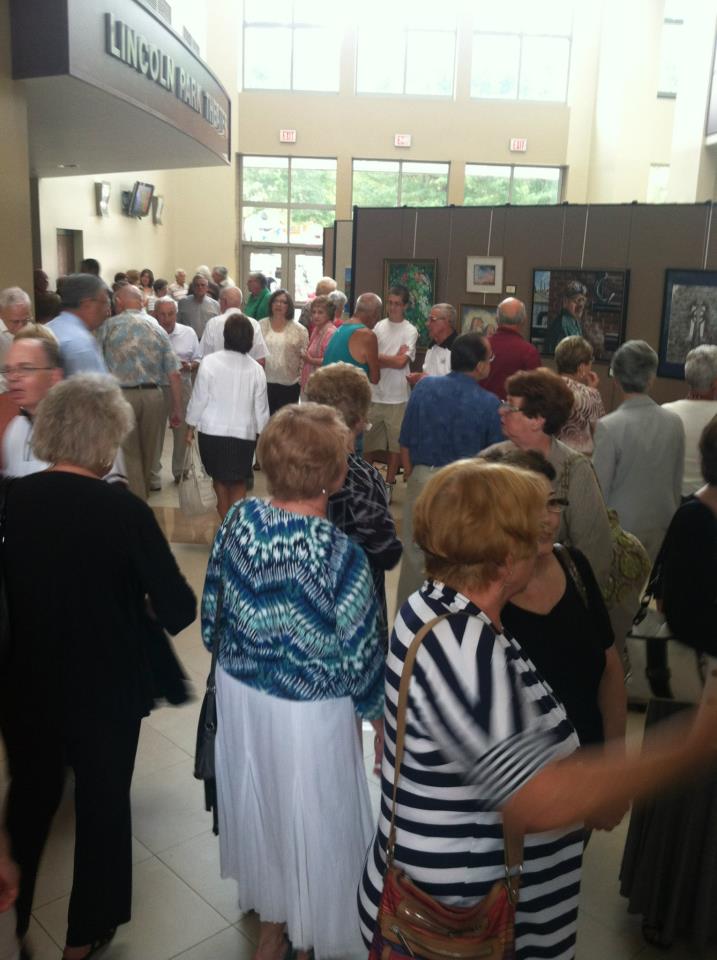 Sharon Speerhas
Sharon was born & raised in Beaver County, and graduated from Western Beaver HS too many years ago to recall. She graduated from Robert Morris University with a degree in Communications. She has been in the financial services industry since 1999. In her spare time, Sharon sits on the Board of Directors of PUSH Beaver County and the Midland Arts Council. When not working, she can be found checking out the local music scene or hiking trails in the area with her favorite rescue, Max.
 Share this article:  Facebook  Twitter
Go Chemical-Free This Summer with These Young Living Products! June 23, 2017 By Marc Grandinetti
0
Comments
Stray Cat Studios Finds a New Home June 15, 2017 By Marc Grandinetti
0
Comments