Nobody Cared, We Were Home 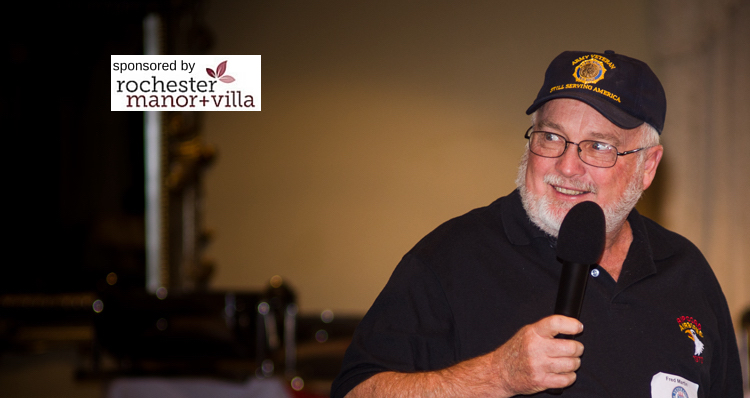 [When I got the draft notice, I felt like] “Your number’s up! It was coming, you just didn’t know when. [Coming home, after serving in Vietnam] “I took my uniform off, hung it up, and that was the end of it. Nobody cared, we were home. Nobody asked me about it. Nobody cared. I landed in Pittsburgh airport, kissed the ground, got in the car and went home. I saluted my lieutenant and said ‘this is the last one I’m giving anybody’ and went home.” [Fred Martin is a Vietnam veteran who shared his story at a recent Veterans Breakfast Club event in Beaver. VBC works in partnership with Veteran Voices of Pittsburgh Oral History Initiative to capture, preserve, and share veterans’ stories for future generations, and raise public awareness about the veteran experience. Mr. Martin served in a unit with Bob Kelso, who was the only NFL athlete killed during the war and Waylon Norris, brother of Chuck Norris].

Erin Ninehouser
Erin Ninehouser loves photography for its ability to reveal truths and insights that are often too difficult to capture with words. She believes, as Garrison Keillor says through his troubled yet triumphant character Barbara in Pontoon, that “the only sermon that counts is the one formed by our actions.” A native of New Castle, Erin has made her home in Ambridge where she lives happily with her wonderful husband Dave, their three adorable and hilarious cats, and their “old gentleman” dog, Max. Erin is excited to help tell the stories of the people of Beaver County. You can see more of her work on Facebook and connect on Instagram or Twitter.
 Share this article:  Facebook  Twitter
Beaver Picker's Monthly Pick January 24, 2017 By Ana Beaverhausen
0
Comments
Biba: A Behind the Scenes Look January 23, 2017 By Whitney Scelp
0
Comments