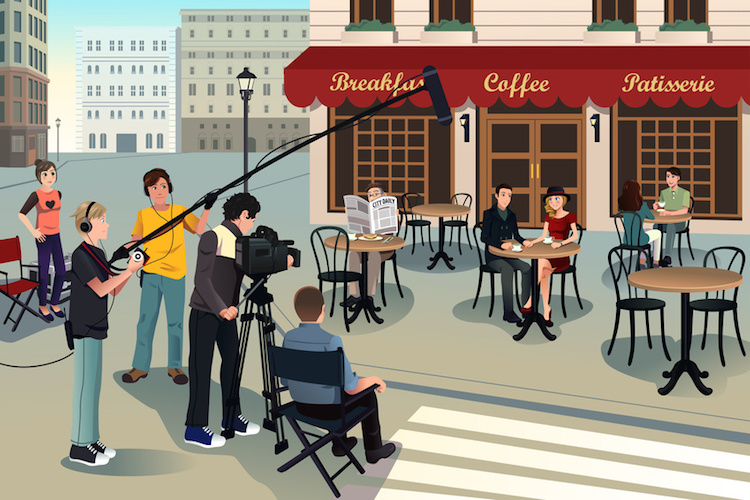 I can’t believe I am about to write about movies filmed in Beaver County, because I don’t love wasting two and a half hours on my couch. However, I am fascinated by celebrities, the media, and every single detail that goes into production for a project of blockbuster magnitude and have a great appreciation for something with so many components that come together to create one big masterpiece, so I compiled a list of movies and locations that have been filmed in Beaver County over the last two decades.

This 1996 classic stars Woody Harrelson and Randy Quaid in a movie about a star bowler whose career was prematurely cut off in hopes to ride a new prodigy to success.

This movie was filmed at the Beaver Valley Bowl in Rochester.

Set in the summer of 1987, a college grad takes a job at an amusement park, only to find it is perfect preparation for the real world. This movie stars Kristen Stewart and Jesse Eisenberg. It was released in 2009.

What a bust of a movie (it’s Kristen Stewart, so duh) but it was filmed at two private residences in Beaver, so that’s pretty cool. Beaver with the double whammy.

Released in 2009, this movie is a post-apocalyptic drama starring Viggo Mortnesen, Robert Duvall, and Charlize Theron, this movie an ailing father defends his son as they slowly travel to the sea.

Hopewell gets the credit here. Scenes were shot at Raccoon Creek State Park.

Love and Other Drugs

This 2010 chick flick starred Jake Gyllenhaal (yum) and Anne Hathaway. Taking place in Pittsburgh during the 1990’s, this movie was about a young woman suffering from Parkinson’s who befriends a drug rep working for Pfizer.

The former Aliquippa Hospital was used to shoot outdoor scenes. My mom actually watched this one go down, specifically the scene where it is raining and Jake Gyllenhaal is walking outside of the hospital. She said they used all kinds of shields and different lighting to make the actual sunny day look dark and dreary and this big huge picture frame-like contraption to literally make it rain.

Denzel Washington, Chris Pine, and Rosario Dawson star in this film, loosely based on the real-life CSX 8888 incident, which tells the story of a runaway train and the two men who attempt to stop it. This movie was released in 2010.

The Horsehead Zinc plant in Monaca was used to film multiple scenes. Horsehead was paid $60,000 for allowing access to its facility, which in turn they donated all of the money to their charity, ‘Zinc Saves Kids.’

I Am Number Four

Released in 2011, this Action/Adventure/Sci-Fi movie is about aliens and their guardians hiding on Earth from intergalactic bounty hunters.  They can only be killed in numerical order, and Number Four is next on the list.  The movie stars Alex Pettyfer and Dianna Agron.

One for the Money

Katherine Heigel is the leading lady in this 2012 film about an unemployed woman who gets a job working at her cousins bail-bond business. Her first assignment puts her on a trail of someone from her romantic past.

This movie was shot in Ambridge, specifically at 459 Merchant Street, where the store at this address was used as the “bail bonds office” during filming. When the movie was released, the Ambridge Area Chamber of Commerce hosted red carpet VIP movie premier parties at the Ambridge Theatre.

This movie won’t be released until later this year, but Vin Diesel and Elijah Wood team up in this supernatural action film about an immortal witch hunter who must stop a plague from destroying New York City.

Beaver Falls is making Beaver County movie history again as scenes for this film are being shot in the Wampum Mines. This isn’t the first time the mines have been used on the big screen. They were used to shoot the 1985 zombie classic “Day of the Dead,” and are also home to preserved original prints of the Star Wars trilogy.

Pittsburgh is becoming what is being referred to as “the Hollywood of the East” due to the increasing number of movies that are being shot around the area. The tax incentives, the friendly people, and the great accommodations are what movie producers say bring their business to the burgh. Hopefully Beaver County will be used as a filming location for many more movies in the future!

Maura Mendicino
Maura is a lifelong resident of Beaver County. She graduated from Center High School in 2009, and now lives in Patterson. When she isn’t marketing new technology or writing for YBC, she enjoys spending time with her family, horseback riding, and hanging out with her super cute Cavapoo, Derby. You can follow her on Twitter @mauramendo.
 Share this article:  Facebook  Twitter
The Lebanese Club: Authentic Middle Eastern Cuisine January 30, 2015 By Corey Allinder
0
Comments
Hot Roast Beef Toss-Up: Maple Restaurant vs Bert's Wooden Indian January 28, 2015 By Andrew Selby
0
Comments