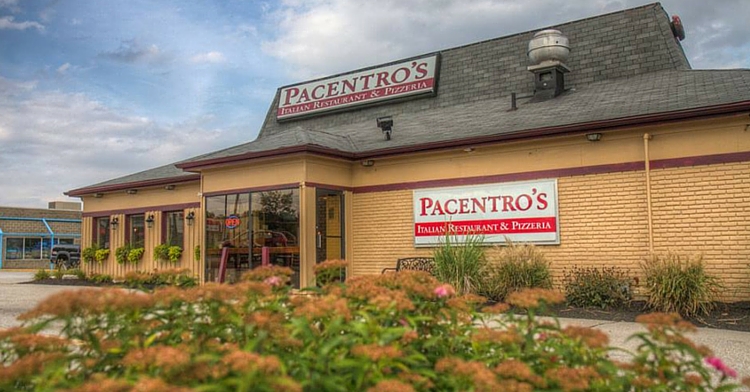 One of the cool things about writing for Your Beaver County is the ability to try new restaurants, and then let our readers know what we think of them.

We don’t make it known we are from Your Beaver County. We just simply go about our business, blend in with the rest of the clientele, and take in everything the restaurant has to offer. We’ve all found restaurants we would have previously never tried or heard of since we started YBC a little over a year ago.

One of the restaurants that I was a little familiar with was Pacentro’s in Hopewell Shopping Plaza along Brodhead Road. My parents were fans when it was in Monaca, and then continued going there after the migration to Hopewell. They always raved about the food, the ambiance, and the friendliness of the owner, Joe Taylor.

One weekend, my mom suggested we go there for breakfast. I had no idea they even served breakfast, but I will tell you, it was outstanding. That is what prompted my return visit for breakfast and my subsequent story on Pacentro’s. To a man, Pacentro’s is one of the “hidden gems” of the county, although it’s quite visible and hard to miss along one of the main corridors around here.

Your Beaver County is happy to announce a new partnership with Pacentro’s. Through these reoccurring articles, we hope you find something new about the restaurant, and most certainly try their delicious meals from executive chef David Sparkman. What you will be surprised to learn the most is that Pacentro’s serves a lot more than just Italian food.

Pacentro’s was originally founded by Guy Celeste. Guy served authentic Italian food with recipes that originated with the Celeste family from Pacentro, Italy.

History Lesson: Pacentro is in the province of L’Aquila in Abruzzo, Italy. It is a well preserved historic medieval village located in the central part of Italy about 120 miles east of Rome. My mom’s mother’s family came from the town that sits directly below Pacentro, called Sulmona. A ton of immigrants from those two towns immigrated here in the early 20th century and settled in towns like Aliquippa, Coraopolis, Monaca, and Beaver Falls.

Enter Joe Taylor. He and his partner, Lindi Stulga, purchased the restaurant off of Celeste in June 2014. Taylor initiated several significant changes since taking ownership, like serving breakfast daily, from 8 am through 12 pm during the week and 2 pm on the weekends. His breakfast menu is one of the best in the county.

He also expanded the menu past the original Italian-American flavor. The restaurant also has a new lunch menu with daily specials, such as a half hoagie, soft drink, and fries for only $6.

Taylor also debuted a sparkling new website where customers can find up-to-date menus, specials, and pricing located at www.pacentros.com. The menus are downloadable in PDF format so you can plan your meal ahead of time.

Their dinner features also change every weekend, so you never know what Chef Sparkman has planned. We also love restaurants who support other local businesses. At Pacentro’s, you can order Kretchmar’s famous almond torte for dessert, or tiramisu from the Ultimate Bakery in Sewickley.

To make things even better, Pacentro’s serves beer and wine. And it’s BYOB! Who doesn’t love BYOB? And the corking fee is a nominal $2. 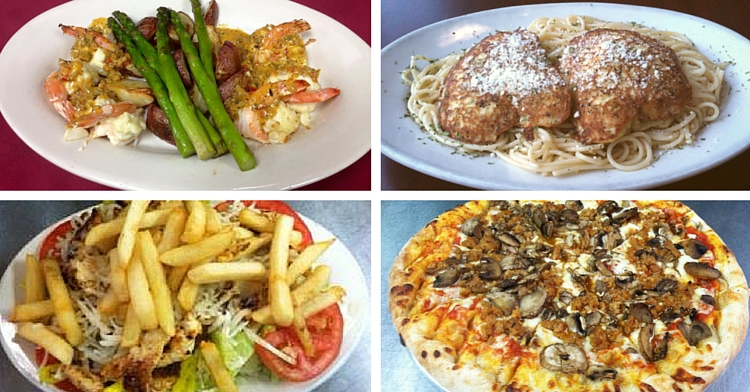 How old are you?

What is your culinary background and experience?

I was trained at the Texas Chef’s Association School which is a chapter of the American Culinary Federation in Dallas, Texas

How long have you been at Pacentro’s?

Who is one Chef that most influenced your career?

Without question, Chef Gasper Stantic, whom I had the privilege of doing my apprenticeship under. I just read that Chef Stantic has recently moved from Dallas to New York and is working on a new restaurant in Manhattan.

What do you like most about being the chef at Pacentro’s?

The new owners, Joe Taylor and Lindi Stulga, are fully engaged in the business and are very aggressive in bringing new flavors to Pacentro’s. They have given me the creative freedom to explore new flavors, and I enjoy that.

What’s your favorite ingredient to cook with?

That’s hard to say. I have a lot of recipes and experience working with fish and beef (obviously coming from Texas). I tend to think that rainy days are beef days and sunny days are fish days.

When you eat out, where do you go?

I like the Grand Concourse at Station Square in Pittsburgh. I am really impressed with the architecture and with the way the restaurant noise echoes through the main hall. I like the brunch there which I have found to be very good.

What’s the most important thing to have in a restaurant?

What’s your favorite dish at Pacentro’s?

The Bowtie Festival. It’s a dish that I created with farfalle noodles, sweet Italian sausage, a tomato cream sauce, and some special seasoning. It has a really special taste that says have another bite!

What is your best fall dish? Can you share the recipe?

It would have to be pork tenderloin with apple cider sauce. 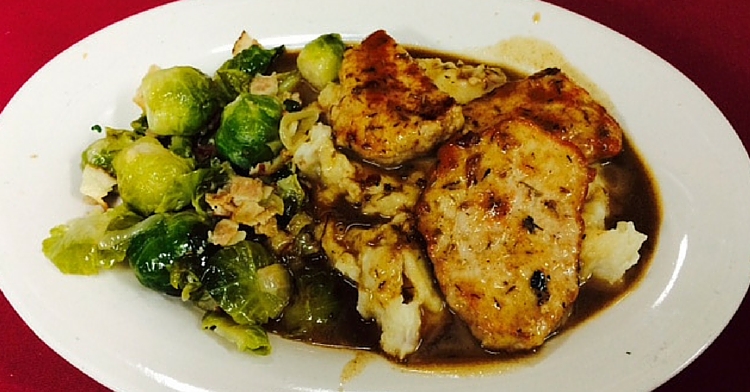 What beverage would you recommend to accompany this dish?

I would suggest a wine that’s not going to drown out the more subtle flavors of this cut of meat. I’m also looking for a wine with a little juiciness, as pork tenderloin can often end up on the dry side. A rich Chardonnay with good acidity works well for me, as does a lighter bodied, juicy red—a Zinfandel or Grenache, preferably one with little or no oak.

Will this dish be available this fall at Pacentro’s?

I prepared this dish a couple of weeks ago. We will return it to our weekend features probably right after the first of the year.

Marc Grandinetti
Marc is a lifelong resident of Beaver County. A 2001 graduate of Center High School and 2005 graduate of Point Park University, Marc is employed by the Pennsylvania Cyber Charter School and officiates high school and college football. Follow Marc on Twitter, Snapchat, and Instagram @marcgrando
 Share this article:  Facebook  Twitter
The 15 Most "Burgh" Vacation Spots presented by Da Burghcast November 23, 2015 By Andrew Selby
0
Comments
I've Been on the Baden Library Board for 40 Years November 23, 2015 By Erin Ninehouser
0
Comments