Pure Shooters Basketball: The Authority on Shooting the Basketball 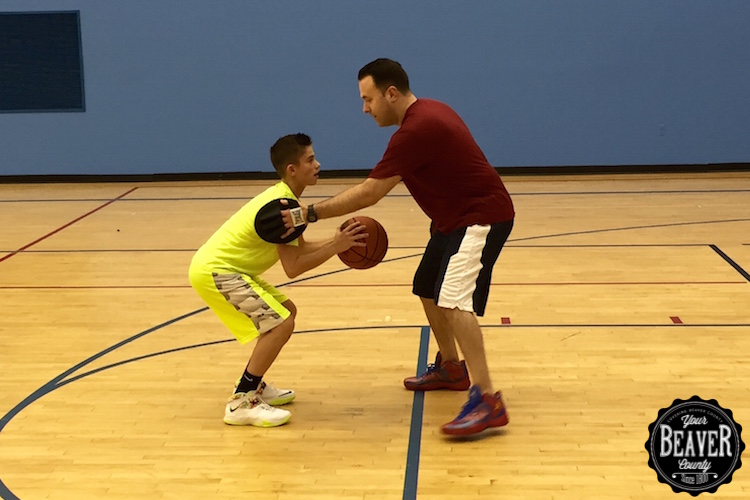 Contrary to common belief, Beaver County is home to some of the richest basketball history in Pennsylvania. Through the years, we’ve seen great teams, great players, and great coaches.

From the ’49 Quips to the ’92 Cougars and everyone before, after, and in between. From Milanovich to Kuzma, Olkowski to Miller, Chan to McNie, the County has had downright legends on the hardcourt.

One of the latest former players (and current coach) to add a legacy to Beaver County basketball is Greg Cercone, one of the all-time greats to play at Quigley Catholic, and the current boys’ varsity coach at Freedom. Cercone is not only leading the Freedom boys’ squad, he’s also sought out by many players on the high school and collegiate level to improve their shooting abilities.

You see, Cercone is a renowned shooter in his own right. He’s a legend in local basketball circles when it comes to three-point and foul shooting, which makes him the perfect expert to help others. Cercone owns and operates his company, Pure Shooters Basketball, which helps athletes become just that, pure shooters. Cercone is affectionately known as the “Shot Doctor” because of his ability to transform a player’s shot.

Basketball has been in Cercone’s blood since childhood. His father, Eugene Cercone, a former Pitt player, high school basketball coach, and school administrator, introduced the game of basketball to his son while Greg was in pre-school. He started playing organized basketball in 5th grade, but fell in love with the game as a toddler. Basketball is his passion, and has become his vocation in life.

He set records at Quigley Catholic, where he graduated in 1995, before moving on to Valley Forge Military Academy and King’s College. After graduating from King’s College in 2000, he moved back to Beaver County and joined Mark Javens’ staff at CCBC. Javens was three years removed from winning a national championship at the time, and continued to field impressive teams when Cercone joined the staff.

Cercone followed that stint by joining Brandon Ambrose’s staff at Beaver, and then reunited with Javens at Hopewell after that. In 2009, he was named head coach at his alma mater, Quigley Catholic, bringing his basketball life full circle. 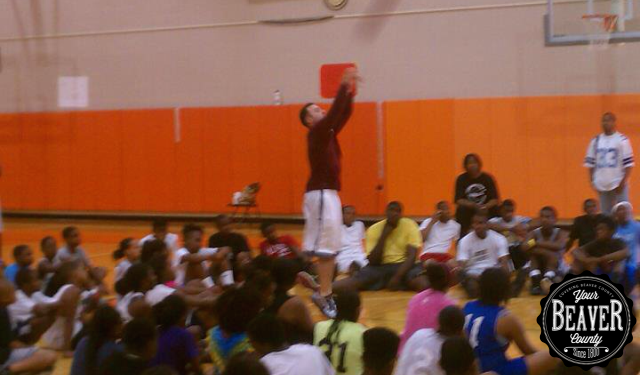 How he got started in basketball instruction is a different story. In 2006, he began working with one player on shooting fundamentals and drills, and since then, his expertise has only grown. In 2010, he worked at a shooting camp for renowned shooting instructor, Herb Magee. It was at that point the light went off in Cercone’s head that he, too, wanted to teach players the proper mechanics of shooting a basketball. And what better person to do it?

When I asked Cercone how he became such a great shooter himself, he said:

Practice and correct repetition. I practice the art of shooting a basketball more than any other skill in basketball. I take pride in shooting and work on the proper form.”

Cercone said he still spends hours upon hours daily shooting during the season and in the off-season and summer months.

This brings us to Pure Shooters Basketball, founded in 2012. Cercone conducts most of his trainings from the gymnasium at Saints Peter and Paul Catholic School in Beaver. He also uses other gymnasiums and facilities depending upon his clients. He trains shooters in western Pennsylvania and eastern Ohio. He has trained hundreds of players locally in Beaver County and the surrounding areas.

Some of the bigger names he works with are Beaver Falls alum and current Pitt player Sheldon Jeter, former Lincoln Park star Maverick Rowan, who has since relocated to south Florida, Western Beaver alum Nick Miller, who led the WPIAL in scoring during the 2013-14 season, Brianne O’Rourke, who plays in Italy, and Jakim Donaldson, who plays in France.

Cercone’s belief is that if a player wants to get better, they must be willing to put in the time, and be patient.

Correct repetitions and practice are the key to improving. The more you align your focus and your mechanics, the better you perform. The best shooters in the world work very hard at shooting.”

When asked about his teaching methods, Central Valley Head Coach Brandon Ambrose said, “Greg Cercone teaches the mechanics of shooting better than any coach I have ever observed.” 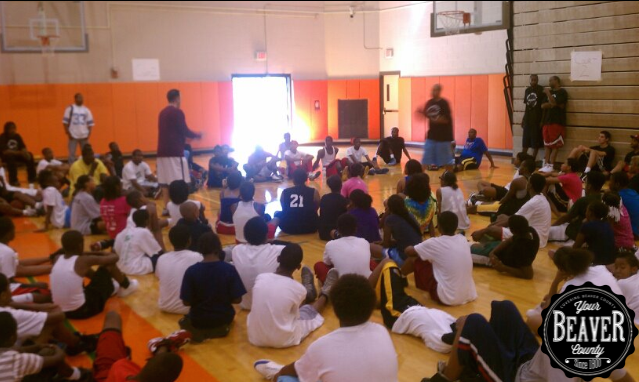 From Beaver County to Thailand

His teaching ability has even taken him as far as Thailand, where he traveled in 2014 with former Blackhawk and University of North Carolina grad Dante Calabria. Calabria, who played professionally in Italy for several years, and Cercone, traveled the country and worked with hundreds of players while teaching the art of shooting. Calabria and Cercone held a camp and several clinics in Thailand during their one month stay.

Cercone’s reputation as a shooting coach now reaches far and wide, from Beaver County to Asia. I asked him what it’s like being known as the “shot doctor,” someone who can fix a player’s shot and improve their game. “I don’t think I can take credit for that title,” he said.

Many great shooting instructors before me have been given that label. I love the game of basketball and the art of shooting. I want to continue to work directly with those that share this passion and want to get better as a basketball player. I just want to be thought of as the authority when it comes to shooting the basketball.”