Pacentro's: Under New Ownership & Better Than Ever 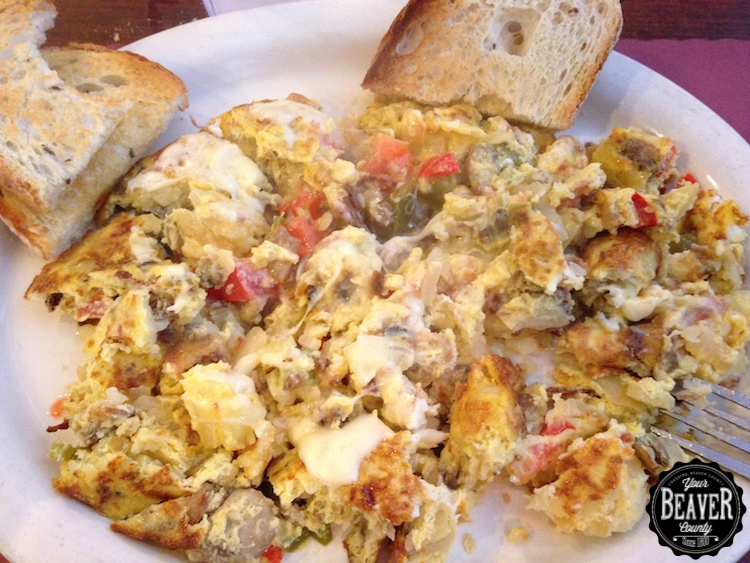 What better way to walk into a Beaver County eatery than to hear a song composed by one of the all-time Beaver County greats, Henry Mancini? That’s what happened when I walked into Pacentro’s Pizzeria, located in Hopewell Shopping Center in Hopewell Township.

The great Mancini, a West Aliquippa native, composed “Moon River,” which was playing throughout the restaurant, so I was already feeling the vibe when I stopped by to eat breakfast. Pacentro’s, which is under new ownership, serves breakfast, lunch and dinner, seven days a week. For those not familiar, the restaurant is named after the town of Pacentro, located in the Abruzzi region in Italy, where a lot of Italian immigrants came from and settled right here in Beaver County.

One of the most encouraging signs of customer service is being greeted by the owner when walking into a restaurant, and that’s what occurred when I walked into Pacentro’s. Owner Joe Taylor, a Moon Township resident, was greeting customers behind the counter. This let me know right off the bat Taylor wants to build a connection with his customers.

Taylor is the former president and CEO of Taylor Milk Company in Ambridge. He bought the restaurant in June 2014, and now owns the restaurant along with his fiancée, Lindi. Since then, he’s changed over 25 menu items. Mr. Taylor was quick to point out that Pacentro’s does not just serve Italian food, but Italian food with a twist, American dishes, and plenty of fresh seafood.

One of his main priorities was getting the food to taste right again. And from my experiences at Pacentro’s, I will say this: mission accomplished, Mr. Taylor. Behind a lot of the new recipes and dishes is executive chef Dave Sparkman. Mr. Sparkman was formerly the executive chef at the Four Seasons in Dallas, so his credentials and experience are big boost to the kitchen.

My favorite meal of the day is breakfast, and this was my second time eating breakfast at Pacentro’s. They serve breakfast from 8 am until noon during the week, and until 2 pm on the weekends. Pacentro’s keeps it simple with breakfast, offering its customers items from three different categories: $7 breakfast, $8 breakfast, and $9 breakfast, all with multiple options from you to choose from. Each breakfast includes coffee, tea, juice or milk.

The breakfast menu looks like the cast list from HBO’s “Boardwalk Empire,” with menu items named after Lucky Luciano and Meyer Lansky. Even though I’m not Sicilian, I went with the “Don Corleone Egg Scramble,” which was simply tomato, potatoes, peppers, mushrooms, onions and melted provolone. The wait staff was extremely attentive and friendly, so kudos there. I’ve had their pancakes and French toast on a previous occasion, and both were delicious.

Pacentro’s serves lunch from 11 am to 4 pm. Their lunch menu includes a variety of salads, lunch sandwiches, nine different types of calzones, entrees, and 18 different kinds of pizzas. As for dinner, which is served from 4 pm until close, they offer some of the same items they do for lunch, but dinner is a much more expanded menu that includes chicken, veal, seafood, and Italian specialties.

Mr. Taylor said one of his best sellers is the parmesan tilapia. Chef Sparkman will create off-menu specialty dishes that are usually served on the weekends. These dishes serve as their feature menu. All of the entrees at Pacentro’s are served with a choice of soup or salad, and a choice of pasta, redskin potatoes, green beans, broccoli, or a vegetable medley.

The restaurant has a nice selection of desserts to choose from as you conclude your meal. Taylor is in the process of acquiring a liquor license transfer, so customers can purchase beer for $3 a bottle or wine for $5 a glass, which is more than affordable.

Any time a restaurant undergoes new ownership, it is worth making a visit to try out what’s new and what’s changed. At Pacentro’s, Joe Taylor and his staff are doing a fantastic job “reincarnating” the restaurant and its outstanding menu. 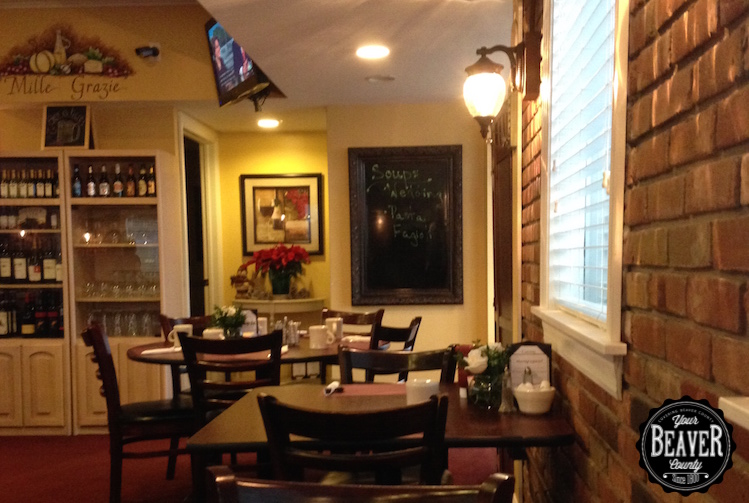