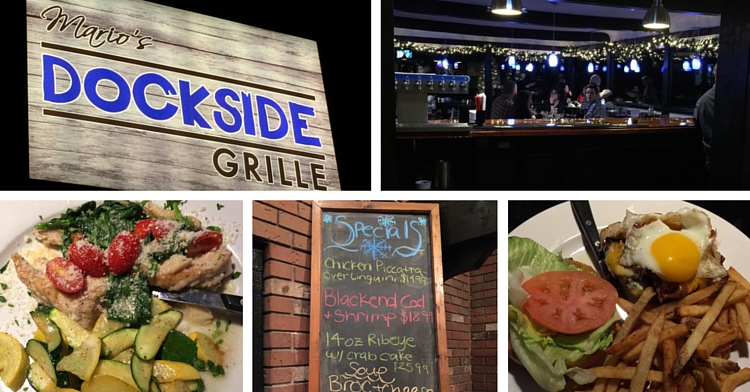 One of the downsides of the dining scene here in Beaver County is that we don’t often get to celebrate the openings of new restaurants. They just don’t happen here as much as they seem to for our neighbors in Allegheny County.

However, one of everyone’s favorite restaurants in the County has spread its wings and opened another location just a couple miles from where their flagship eatery is located. Mario Fratangeli, owner of Mario’s Woodfired Pizza in Beaver, has opened a second restaurant where the old Boots’ Texas Roadhouse and Water’s Edge restaurants were located in Bridgewater. The official name – Mario’s Dockside Grille – is located at 1420 Riverside Drive.

Some of the YBC staff decided to try “the new Mario’s” for our holiday get together. I haven’t been in that building since Boots’ closed down many years ago, but upon entering, I instantly had flashbacks to one of my favorite restaurants growing up.

Given the superb quality food at their Beaver location, we all expected the food to be just as good. We were not disappointed.

Dockside’s menu is much different than their location in Beaver. They brought out an order of garlic knots for our table, and who doesn’t like garlic knots? They were lathered in butter and chunks of garlic. A side of marinara sauce for dipping would have been nice, but I wasn’t complaining. 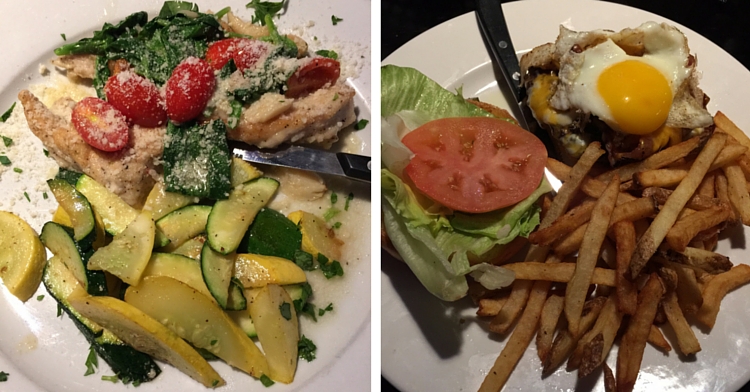 Ana Beaverhausen and I decided to order a chicken and garlic dish. She got the homemade chips with hers, and I got the grilled zucchini. The chicken was breaded and sautéed to perfection, and it was plated with cherry tomatoes, baby spinach, and parmesan cheese. It was fantastic. We both thoroughly enjoyed our meals.

Andy and Corey both ordered the Morning After burger. Their burgers were topped with bacon and an egg, which seems like the trendy thing to put on food these days. Andy ordered the hand-cut fries with his. Corey is our resident burger expert, and he had nothing but good things to say about his sandwich.

Andy’s wife, Mrs. YBC, ordered a chicken salad. I didn’t get to try it, but it was heaping with greens and protein.

I was half tempted to try one of their mouth-watering specials: chicken piccata over linguini, blackened cod and shrimp, and the 14 ounce ribeye with a crabcake.

Their menu also has pizza (not woodfired), a sleu of appetizers, and a nice variety that will appease the pickiest of palates.

Good Enough to Go Back for Seconds 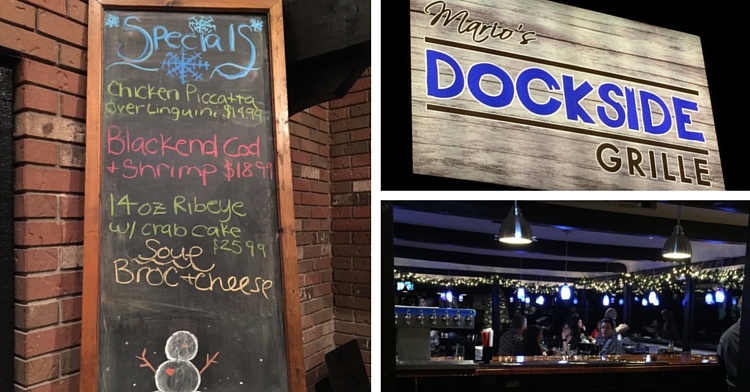 Andy liked the food so much he went back a few days later and ordered bruschetta, wings, chicken salad, ahi tuna dinner, and ribs.

Fratangeli’s two children, Alyson and Justin, are managing the new restaurant under their father’s tutelage. If you haven’t been in the space recently, it overlooks the Beaver River. So if you want a better view of the water during Daylight Savings Time, try out Mario’s Dockside for lunch.

One of thing’s I appreciate the most when I eat out is attention to detail. Mario Fratangeli came to our table, introduced himself, and asked us about our meals. He was sincere, honest, and friendly, and then asked if there was anything they could be doing better. We all agreed that, for a three month old (or a three year old) restaurant, Mario’s Dockside seemed to be firing on all cylinders. They’re in a fantastic location, serve great food, and our waitress was outstanding.

If you’re looking to try Beaver County’s newest restaurant, check out Mario’s Dockside Grille in Bridgewater, and let us know what you think.