Back when craft beer was just known as “good beer,” the Backdoor Tavern in Fallston was serving some of the best beer around. When I first started getting into craft beer over what’s usually served on dollar bottle night, this was the first craft beer bar I visited.

Fast forward to today, and The Backdoor Tavern has even more beer to offer and still the same amazing food they’ve had for years.

Hidden away in Fallston, unless you’re looking for it, you’re not likely to stumble upon the restaurant/bar. This doesn’t mean the Backdoor is hurting for business though, as dinner usually requires a wait and most nights it’s standing room only at the bar.

Word of mouth is how most people find it, which means if you know about the Backdoor Tavern, you’ll probably know at least one person there every night.

Before getting into the beer selection, the food at the Backdoor is so amazing that it really should come first. For starters, the specials at the Backdoor are where it’s at. Monday nights is wing night, which means you can get a variety of wing flavors on the cheap and in any number you want.

Don’t expect to get lunch or a typical dinner on Mondays though, as it’s all about the bar and the wings. Wing sauces include Hot, Hot Parm, Hot Garlic, Blazin BBQ, Dry Lemon, Smokey Blue, and my personal favorite, Rufus amongst others. Also, you can get wings all the time, just not during the special. 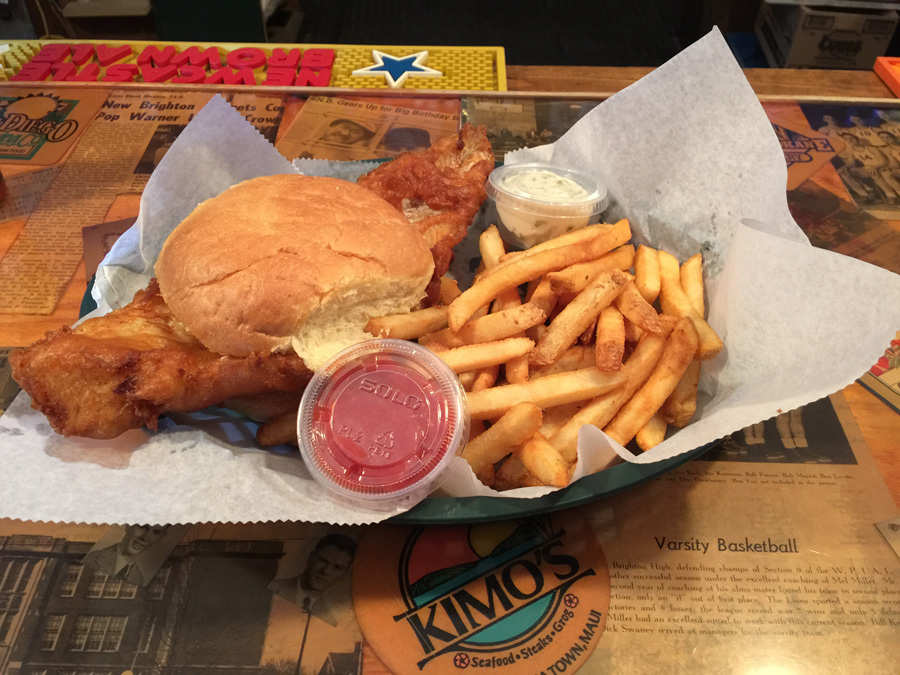 There’s a special every day at the Backdoor, but the big special is on Fridays. Friday is the day that you can get the Fish Sandwich Special, which I recently voted as one of the best in Beaver County. While you can get the amazing fish sandwich every day, on Fridays you get your choice of two of: mac n’ cheese, cole slaw, fries, or applesauce. You can get this at the bar or in the dining room, but I’m partial to the bar.

Other than the fish and wings, the Backdoor Tavern offers a full menu all week. The quesadillas are one of my favorite items on the menu, and come in three cheese, Cajun ranch and chicken, chicken and grilled veggie, and chicken and cheese. Like most restaurants in our area, the Backdoor also offers Pittsburgh-style sandwiches, too. These include steak, hot sausage, chicken breast, kielbasa, hamburger, and of course fish.

The Backdoor is also known for the variety of other sandwiches, too. Far too many to list here, these include amazing burgers like the Swiss and mushroom, the hot pepper burger, and the three cheese burger. There’s a Philly steak, hot ham and cheese, and even a simple yet delicious breaded chicken sandwich.

Insider Tip: If you’re eating there, pick up a side of fries for only $1.50. The fries at the Backdoor don’t get the love they should, as they’re one of my favorites in the county.

If you’re looking for something smaller, the Backdoor offers finger foods common to most bars including provolone sticks, breaded zucchini, and nachos. There are wraps including the Reuben, Philly, Wing-Flavored Chicken, Chicken Bacon Ranch, and Kielbasa. There are ten different types of fry baskets, and five different salads including Fish, stead, and grilled chicken. 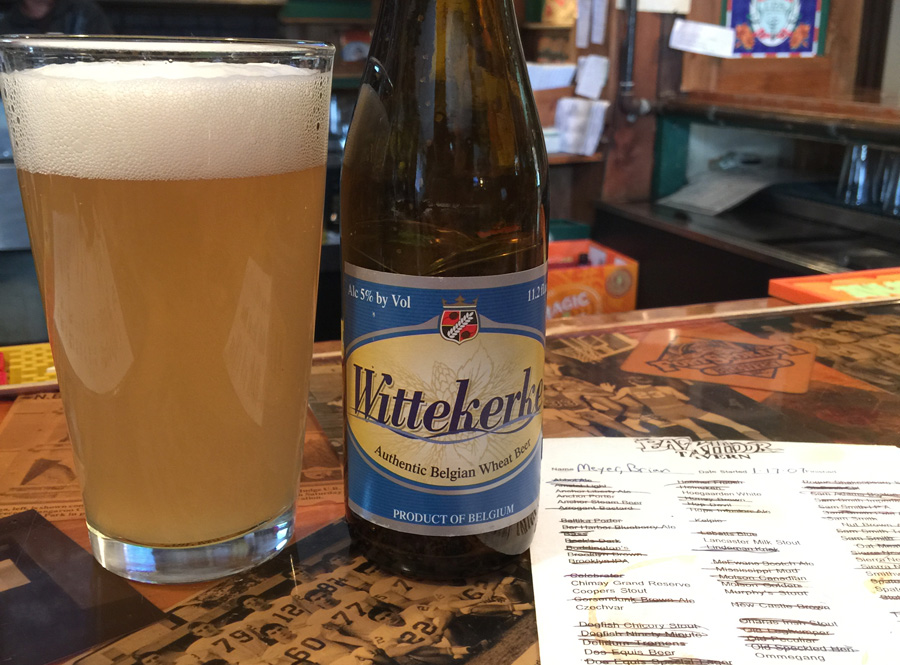 While the food at the Backdoor Tavern is pretty great, where the venue truly shines is with its beer. The Backdoor recently upgraded their draft system to include a total of 16 taps, two of which run nitrogen. One of these nitro taps usually features Guinness constantly while the second rotates.

Along with the new taps, the Backdoor features more than 150 different bottles, all craft beer and all very good. There’s an amazing variety of beers with new ones coming in daily as well as weekly. While the new brews are listed on the board at the end of the bar, the standards are all on the Backdoor Tavern Beer Menu that you should see with your food menu.

From standards like Church Brew Works Pious Monk Dunkel and Dogfish Head 60 Minute to the weird and wild like Kelpie and Mississippi Mud, the beer menu is pretty solid. 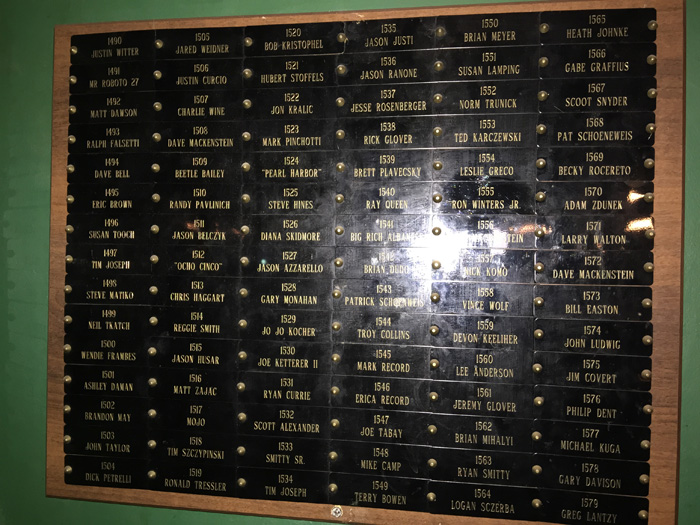 Speaking of the beer menu, if you plan on visiting often you really need to start your own beer list. Consisting of 85 different beers, drinking them all will give you the right to list your name on the wall of fame alongside others that beat the challenge. The next time you’re there look for number 1550 and you’ll probably see a name you’re familiar with.

Insider Tip: If you’ve started your own list and there’s a beer you just can’t stand on it, you can substitute any beer on the list for any other beer in stock, just make sure to keep it craft. 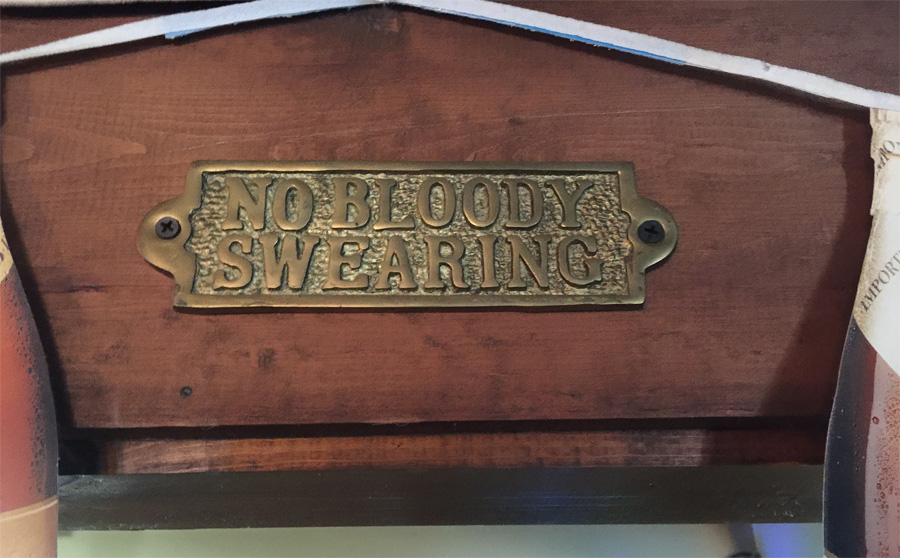 The bar itself is a very welcoming place with an interesting layout of seating. The walls are covered in golf and beer paraphernalia as well as some other sporting knick-knacks that fit right in. There are 16 bar seats as well as two 4-person hightop tables in the bar area, and the restaurant has multiple booths and long tables that are usually shared.

Speaking of the bar, all of the bartops are covered with classic Beaver County memorabilia as well as some classic sporting items that make scanning the bar as interesting a pastime as any other spent sitting at a bar. 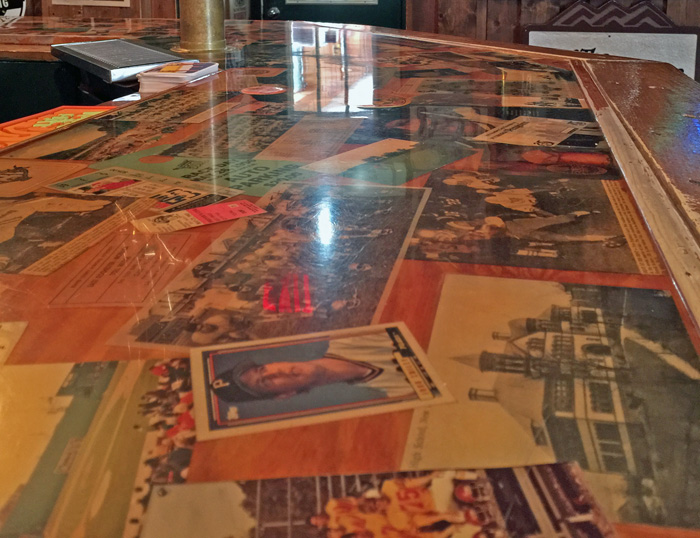 While beer and food are important pieces to a great bar, the feeling inside the bar is equally important, and it’s here that the Backdoor Tavern shines. What’s even better than the bar is the staff. Each bartender at the Backdoor is extremely knowledgeable and is more than capable of suggesting something you’ll love. While some craft beer bars can be imposing for people that aren’t as experienced, the Backdoor Tavern’s staff makes each visit a great one, no matter what type of beer you like or how much you know about it.

There are multiple televisions throughout the bar, each with some form of sports on them, making the Backdoor a great place to watch any major game, or just to catch up on Sports Center while grabbing some lunch.

Overall, the Backdoor Tavern is a great hidden gem in Beaver County that serves amazing beer, great food, and an atmosphere that makes you feel right at home. If you haven’t been to the Backdoor Tavern yet, let this be the recommendation you need and go check them out. You’ll be glad you did.

Brian Meyer
Brian is a nut when it comes to all things local, especially beer. Born and raised in Center, he now resides in Beaver, loving every minute of it. A technology nut and freelance writer extraordinaire, he knows all the secret spots and things to do in the Beav.
 Share this article:  Facebook  Twitter
More Bang for Your Buck: 616 14th Street, Monaca February 28, 2015 By Andrew Selby
0
Comments
Harry Joseph Johnston, Patterson Twp. February 27, 2015 By In Memory
0
Comments