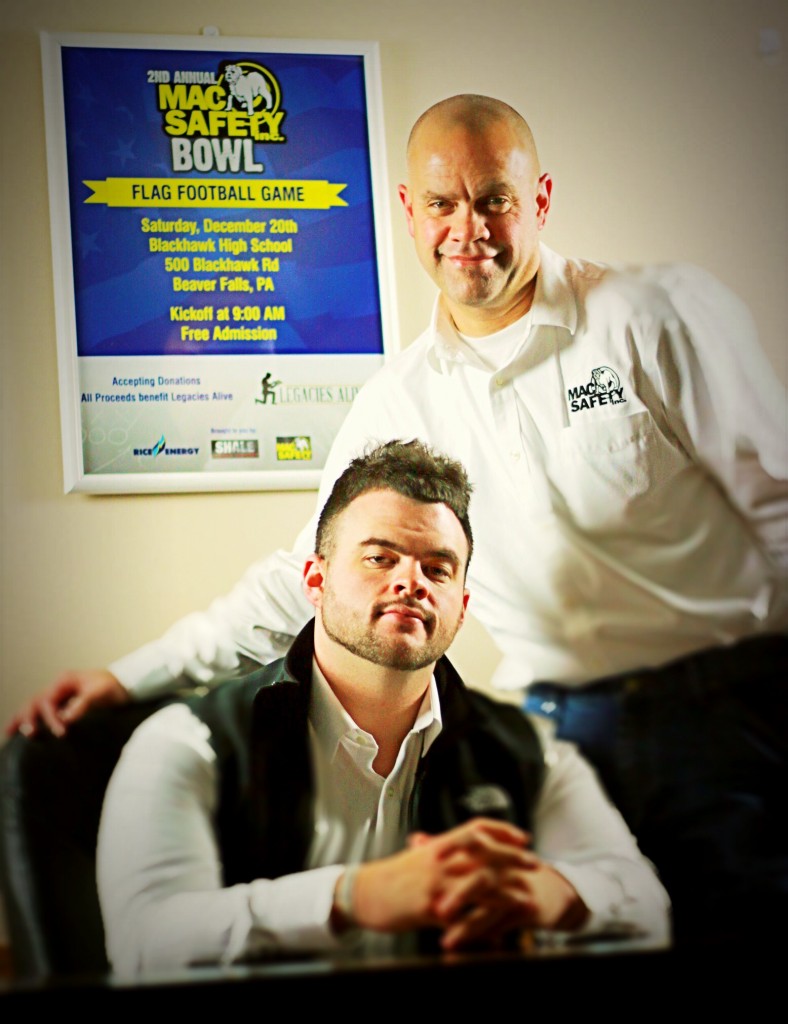 About a month ago I received a message from a guy named Kevin Miranda saying that he would like to promote an event that would help to shed a positive light on the gas and oil industry.

Because I feel like the gas and oil industry is one of the common Beaver County topics that we could all afford to know a little bit more about, I immediately agreed to meet with Kevin. It was at that meeting that I learned about three intertwined stories that are all coming together this Saturday morning at Blackhawk High School.

I had never heard of MAC Safety Consultants, but as I sat in their office in Bridgewater, Kevin explained to me that they are the fastest growing consulting company in the region and one of the only companies in Beaver County that is doing a significant amount of business in the gas and oil industry. They are able to take care of just about any safety issue that a company may have on a particular job site from consultations and support to staffing and testing.

Kevin told me that he felt the gas and oil industry was a big mystery to most of the people in Beaver County and that he would like to do something to promote all of the good things that it could do for our communities. We talked about the extensive grown that Washington County has seen as a result of gas and oil development, and of the positive impact the Shell Cracker Plant could have on our own county.

Just as I was wrapping my head around the incredible growth that this local family business was experiencing thanks to the gas and oil industry, Kevin started talking about this guy named Mike Viti.

In April of this year, Mike Viti started walking across the country in honor of all of the American soldiers who have been killed in action fighting the Global War on Terror. Viti is a graduate of West Point, was a captain on the Army Football team, and then went on to serve our country in Afghanistan. If Viti’s story stopped right there, he would already have earned more respect than most of the people I know.

But he was just getting started.

After Viti returned from Afghanistan, he noticed that there wasn’t enough being done to honor the soldiers who were losing their lives in battle. He and a friend came up with the idea of walking one kilometer for every solder who was killed in the Global War on Terror, which was more than enough to take him across the entire country.

Viti started his walk in Dupont, Washington and then hiked down the west coast, across the southern portion of the United States and up the east coast. He concluded his journey in Baltimore, Maryland this past Saturday at the Army/Navy football game.

If you do nothing else today, watch this video:

The third story that ties everything together is that Kevin and MAC Safety Consultants started a charity flag football game last year where they raised money for Toys for Tots and generated some positive interactions with members of the gas and oil industry.

In an attempt to make an even bigger splash this year, Kevin reached out to Mike Viti to see if his foundation, Legacies Alive, would be interested in being this year’s beneficiary. Viti quickly responded that not only would he be there to accept the donation, he was going to play in the game as well.

The game will take place this Saturday at 9:00 am and admission is free for spectators. There will be volunteers collecting donations for Legacies Alive, as well as representatives from various gas and oil industry companies to educate anyone interested in learning more about the industry.

Andrew Selby
Andrew is a professional freelance writer and lifelong resident of Beaver County. He created Your Beaver County to promote and showcase all of the positive aspects of our incredible local culture! You can find more of Andrew’s professional information at Brooklyn Content, or you can also follow him on his personal twitter account, @theAndrewSelby.
 Share this article:  Facebook  Twitter
An Introductory Guide to Holiday Beers in Beaver County December 17, 2014 By Brian Meyer
0
Comments
The Ball Joint: Beaver County’s Favorite Balls December 15, 2014 By Andrew Selby
0
Comments