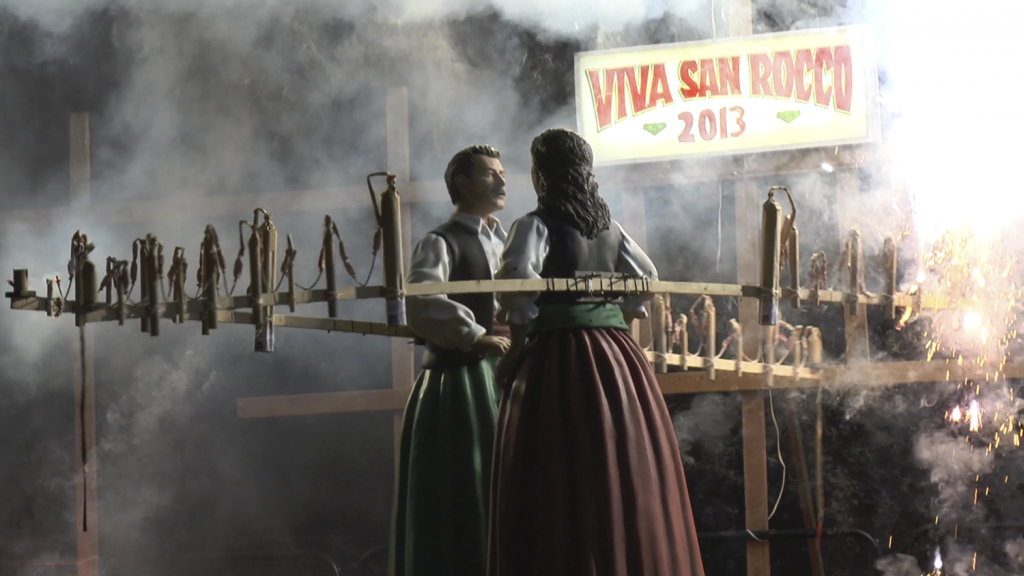 This article is brought to you by Rochester Manor+Villa

For the past 91 years, one of the longest standing cultural traditions has taken place in the city of Aliquippa. This year, that number goes to 92. The Festa di San Rocco is once again scheduled to take place August 11, 12 and 13th, at Center Township’s Fred Taddeo Municipal Park off of Center Grange and Chapel Roads. This is the third year the Festa has taken place in Center, which has offered hundreds of more parking spots combined with a bigger location for more patrons to move about.

The Sunday morning Mass will be held at Saint Titus Church in Aliquippa, and the procession route where men carry the statue of San Rocco through the streets of the city, remains the same. And the San Rocco Cultural Committee has no plans to change either of those, as they are the focal points of the weekend and the Festa itself.

The Mass begins at 9 am with a procession of families who hail from the town of Patrica in the region of Lazio, carrying banners with their last names and pictures of deceased loves ones on them. The Festa Band welcomes them into the church with traditional Italian music, the readings are read in Italian, and the Saint Titus Choir will also be on hand. It’s a chance to witness the still alive traditions brought here from the old country by people who were looking to have a better way of life.

The first San Rocco Festa was organized in 1925 by six founding fathers – Cesare Biancucci, Pio Colonna, Domenic Montini, Joseph Paladini, Domenic Rinaldi, and Francesco Vallecorsa. San Rocco was, and still is, the patron saint of the town from which they emigrated – Patrica, located in the mountains only a couple hours from Rome. According to sanrocco.org, the San Rocco statue that is paraded through the streets after Mass, was imported from Italy in 1958, and was carried through the streets of Plan 11 on the shoulders of a group of men who considered it an honor to bear the patron of Patrica. The statue is housed within a cupola, an ornate wooden enclosure.

I asked Festa chair, Fred Persi, where he sees the Festa several years down the road. Will the traditions carry on? He explained, “This year is our 92nd anniversary, so right now my long-term horizon is our centennial in 2025.  Only time will tell, but I envision that the basic idea of a Mass and procession plus Festa will endure.  This year, there are perhaps hundreds of out-of-town visitors who will attend our Festa; it’s like a family reunion of sorts for many.  It is my deep hope that we continue and grow this tradition through the next generations.”

As always, weekend festivities will conclude Sunday night at 10:30 pm with the traditional baby doll dance with the Ballabe Band. The band will play the tarantella as the eight foot-high baby dolls dance around with fireworks igniting from their arms. As the committee says, “Miracles live on.” And this year, for the 92nd time. Viva San Rocco!