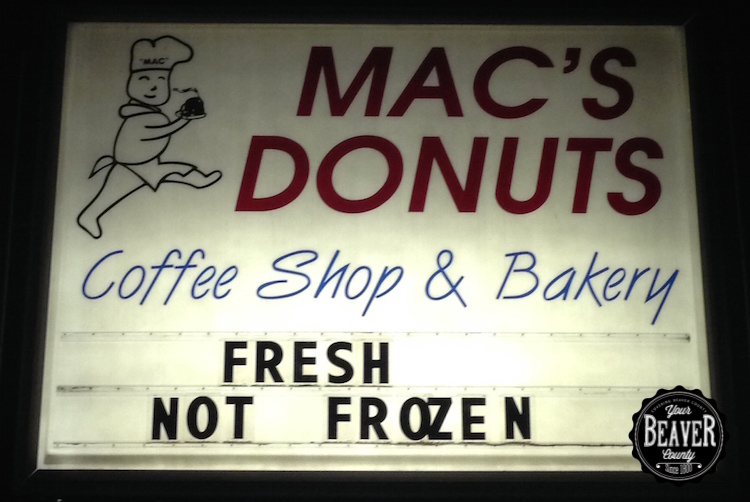 A Little Bit of History

It’s 1958 and President Eisenhower establishes the NASA program. Elvis Presley is inducted into the U.S. Army, and Americans are introduced to the Hula Hoop with over 100 million sold. What you may not know, is that 1958 also brought us the conception of a little donut-lover paradise known as Mac’s Donuts.

Hold on tight as I attempt to school you on the history of Mac’s Donuts. I now give you the innovator and his predecessors – In 1958 Lawrence McKittrick (known by his friends as Mac) and wife Wanda started what would become a local donut staple for 57 years and counting. They had an idea to supply area residents with fresh donuts made daily.

Throughout his years at the donut shop Lawrence also had stints at J&L steel and ventured into becoming a local bar owner. James McKittrick (the son of Lawrence McKittrick) stepped up to work fulltime side-by-side with his mother Wanda. Keeping the business afloat for years to come. It wasn’t until 1978 when James and his wife Twila became 2nd generation owners of Mac’s Donuts.

In 1993 James McKittrick suffered a brain aneurism. This was a devastating blow to friends and family. This could have been it for the shop, but not with this family as they pushed through with the support of their customers and long-time employees. At this point in time J.W. McKittrick (the grandson of Lawrence) was finishing college. He gladly stepped up to help his mother Twila, continue the donut legacy. Twila and her son J.W. ripped a page right out of the history book. Once again a mother-son combo was making donut magic.

The Donut is the cornerstone of any great American breakfast. No silverware is needed along with being easy on the wallet, which makes it convenient and guaranteed to put a smile on any face. It’s safe to say Mac’s knows a thing or two about making donuts.

What they lack in million dollar advertising they make up for in donut ingenuity. What you can always count on is a fresh donut made daily and service with a smile. They have this philosophy where they value their employees, and in return you get the same treatment at the door. Some of those front-of-the-house ladies you’ve grown to love, are donut hall-of-famers when it comes to customer satisfaction. A handful of Mac’s employees have been there for over 25 years!

Mac’s is pumping out an average of 3000 individual donuts a day. They have a daily wholesale delivery route that consists of about 30 spots. When I asked J.W. “What is your best seller?”, he replied “As of now it has to be our glazed, with cream filled coming in at a close second.” 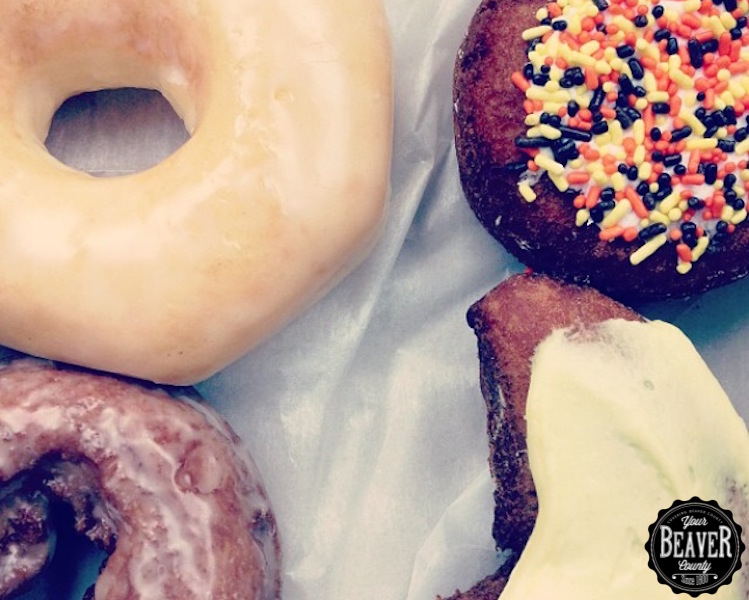 On the weekends, they’ve incorporated specialty donuts into their arsenal. Two of my specialty favorites are the Smores and Reese’s Lover! My wife goes bananas for the Crème Brulee donut. The specialty donuts are something J.W. and Twila plan to continue and are open for any suggestions. I’m still trying to figure out how to explain I’d like to see a BOURBON-donut without getting a funny look. It’s also good to know all the legendary favorites are still available 7 days a week, just like the old days.

Let’s take a minute and acknowledge the continued loyalty to Mac’s Donuts. In 2012 Global Corporation Dunkin Donuts moved in not even a 1/4 mile away from Mac’s. Personally, I’d rather my donut be hand crafted on site rather than trucked in from a donut laboratory and thawed out like a Thanksgiving bird.

And, I wasn’t alone in this allegiance, as friends and loyal customers organized a “Mac’s Donuts Appreciation Weekend” in 2012. Hundreds of people came out to support the long-time running Mom and Pop donut shop. The donut family was humbled by the outpouring support they received that weekend. I always support growth in our county and I’ve also seen the big dog try to push the little dog out. Not in my house though, because at a young age I was taught to support small-local businesses.

To me it says something about businesses that survived the gut-wrenching-blow our area felt when the mills closed. When I sat down to talk with 3rd generation Co-owner J.W. I asked him, “What’s the secret after all these years?” he simply said “What I personally feel is so special about our shop is the continuity we strive towards. My mother and I really try to keep it simple, and make an honest product. Our recipes are handed down from my grandparents, and we hold immense pride in that.”

Speaking of recipes . . . I’ve heard so many times before that working with family is a recipe for disaster. So I had to ask, “What’s it like working alongside so much family?” With no hesitation J.W. said “For me personally, being able to work here with my mother, wife, niece, and nephew means the world to me. I can’t wait for my three kids to put an apron on as well.  My mother is one of the greatest and strongest women you will ever meet, and she works her butt off.  I know family is sometimes difficult to work together, but we are certainly the exception to that rule.” 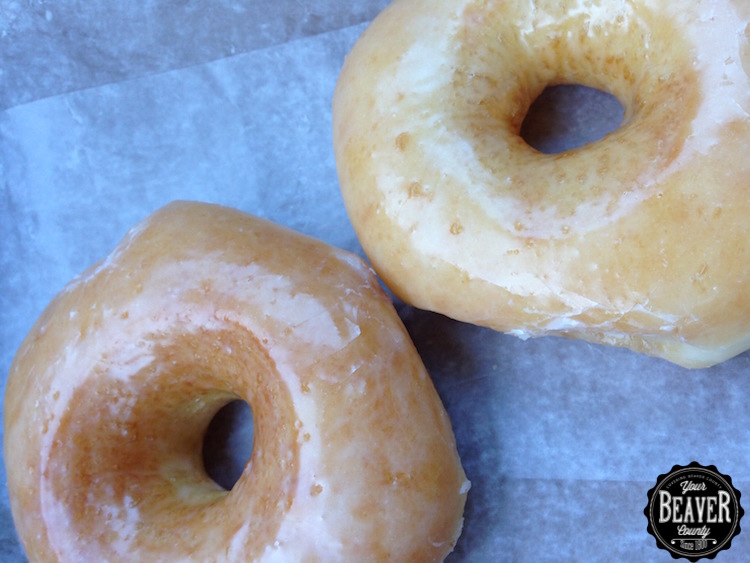 Love Is All You Need

As a 3rd generation donut lover, It’s more than just the donut. It’s the memories I hold close. Saturday morning cartoons in my childhood, somewhere between G.I. Joe and Thundercats. My old-man rolls in coming off a midnight shift, with a box full of our favorite Mac’s Donuts. To every time I touch that red and white wax-coated bag, it takes me back to an innocent time where the only choices I had to make were either cream or custard filling.

I look forward to creating the same kind of memories with my daughter. Sharing that table by the window just like my father did with me. She’ll pick her donut and we’ll share a chocolate milk . . . both smiling from ear-to-ear. If you’ve never been to Mac’s Donuts or it’s been awhile, then stop in and say hello, because I assure you it’s just like it was when you were a kid. An unknown author said it best: “You can’t buy happiness, but you can buy donuts. And that’s kind of the same thing.”

Corey Allinder
A lifelong resident of Beaver County – with a taste for good food and delicious craft beer. He has a special place in his heart for all of the neglected and mistreated dogs in the world. Corey spends all of his free time enjoying the outdoors with his wife, daughter, and locally famous Boston Terrier – who can be found here on Instagram.
 Share this article:  Facebook  Twitter
Elna "Cookie" Kerr, New Brighton January 19, 2015 By In Memory
0
Comments
Cold Weather Fun at Hopewell Community Park January 18, 2015 By Andrew Selby
0
Comments