Attention Football Linemen: Sign Up for the Trench Academy at DST!

Pete Thistle is a veteran of the trenches. No, not the trenches of wars past. I’m talking about the trenches most sports fans associate with a football field: the offensive and defensive line. Linemen are the unsung heroes of football. Thistle is no stranger to that. He played Division 1 football at the University of Delaware for four years. Prior to that, he was a member of the WPIAL and PIAA championship teams at North Allegheny High School. Thistle has brought his football experience to Daman’s Strength Training in Beaver where he is spearheading the new “Trench Academy” program in conjunction with DST owner, Rick Daman, and Gamespeed guru, Shawn Moody. The Trench Academy is set to launch in mid-April. I did a Q & A with Pete to give prospective athletes a better idea of what they can expect at the Trench Academy. If you’re interested in participating, complete the form at the bottom of the page and Coach Daman will be in contact with you! 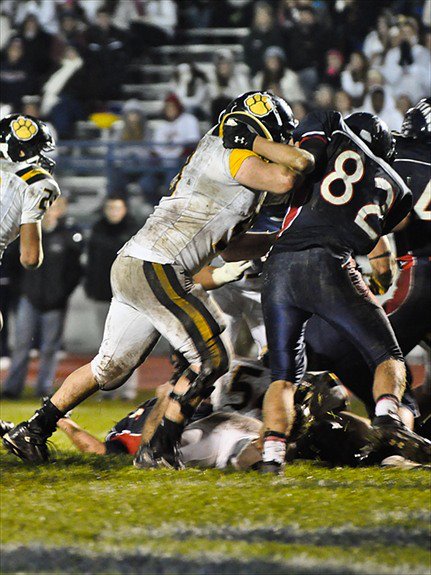 1. Tell us about yourself and why you are coaching the Trench Academy at DST.

Well, for starters, most people call me “Pete.”  I most recently graduated from the University of Delaware in December 2016 with a bachelor’s in exercise science.  I now plan to attend graduate school for occupational therapy at Chatham University this fall!  For the time in between schools, I’m studying to become a Certified Personal Trainer through the National Academy of Sports Medicine, hopefully getting certified by some time early July.  During college, I had the opportunity to play Division 1 football for the Fightin’ Blue Hens at UD for four years, namely at the center position.  I originally was a walk-on, but quickly worked my way up the depth chart, thanks in large part to my off-season training at Daman’s and Gamespeed.  Before that, I was a two-year, two-way starter for the WPIAL and PIAA champion North Allegheny Tigers!  Needless to say, I’ve been pretty blessed with the opportunities I’ve been afforded and feel very strongly about giving back to the people at Daman’s Strength Training.  It just seems like the logical next step.

2. Who are you targeting for this program?

Linemen!  War hogs.  Guys on the front line of the field that get the majority of the work done and very little of the credit.  Ages 10 and up, all the way through college.  We’ll obviously adjust the training to the maturity and ability level of each individual athlete so that everybody gets the most out of it.  I was, at times, a 22 year-old D1 athlete training in the same space as 10 year-olds.  Not that big of the deal.  Everybody is there to get better, doesn’t matter where you are in your development.

3. Why should an athlete attend the Trench Academy?

If you look at the game of football now, compared to maybe even 20 years ago, everything is faster and more spread out.  As a consequence, linemen need to not only be able to move people but move themselves: pull around a tight end, change direction in open space, get to the second level to block a linebacker or safety, etc.  Trench Academy will prepare you as a well-rounded lineman who can control his own body first and then control his opponent.

4. What will someone get out of this?

A wealth of experience and coaching from our staff, paired with a very fresh perspective and expertise from someone who is less than one year removed from the game of football.  Everything we do will be in order to make the athlete a more flexible, stronger, faster, and more confident lineman.

5. What kind of exercises will they be performing?

Med ball work, tire flips, balance and stabilization exercises, skill specific drills and instruction, agility ladders, cone drills, mobilities, core exercises, competitions, flexibility stuff…we’re going cram as much as we can into the hour or so.  We’ll have a lot of fun! 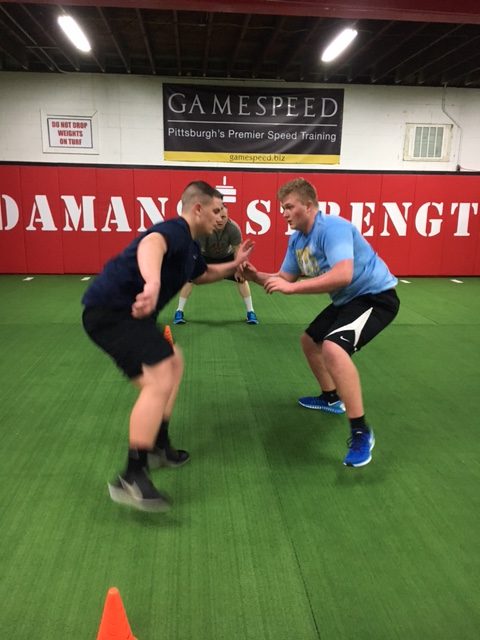 6. How does the Gamespeed program integrate with Trench Academy?

Gamespeed is part of what Trench Academy will be operating under, the other being Daman’s Strength Training.  Coach Shawn Moody, owner of Gamespeed, will be helping me out in the planning of the program, as well as helping me to coach the athletes on Saturdays.

7. How many times per week will athletes train?

Around three.  The package deal is for 2 strength days a week and 1 linemen-only session at 11 am on Saturdays.  However, if parents or athletes want to do more days a week, that can be arranged.  Rick Daman would be the guy to talk to about that.

April 17 to August 10. There will be five phases of training, including an evaluation phase at the beginning.  The evaluation will be somewhat similar to what you see at the NFL Combine or Nike Sparq camps, but adjusted for what we want to see as coaches.  There will also be a competition and re-evaluation towards the end of the program.  We want the guys to see tangible progress throughout, so that’s one thing we’ll be emphasizing.

9. Is there flexibility in attending?

Yes and no.  You can schedule the strength days during the week pretty much whenever you want, but there will only be one linemen-only session a week, and that will be the 11 AM slot on Saturdays.  Of course, if you miss, you can make it up by attending another Gamespeed session, but it will be will be with all athletes, not just football.

$187 per month.  It’s an investment, one that I made in my five or six years of coming here to train.  Keep in mind, I live in Wexford, so that’s a 45 minute drive both ways multiplied by the four or five times I came up a week.  Worth it.  Totally worth it.  There’s not a better gym in the Pittsburgh area.  Believe me, I looked. 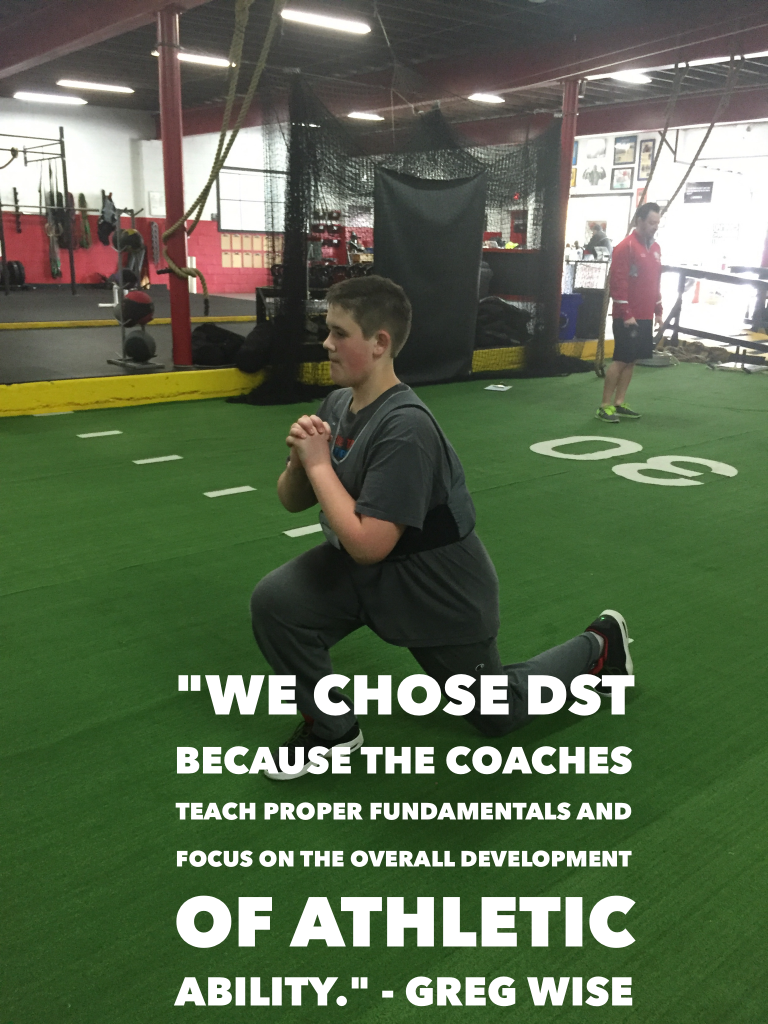 What if my child misses training days due to illness/vacation etc.?

You can schedule make up days with our coaches for any available times during the program. 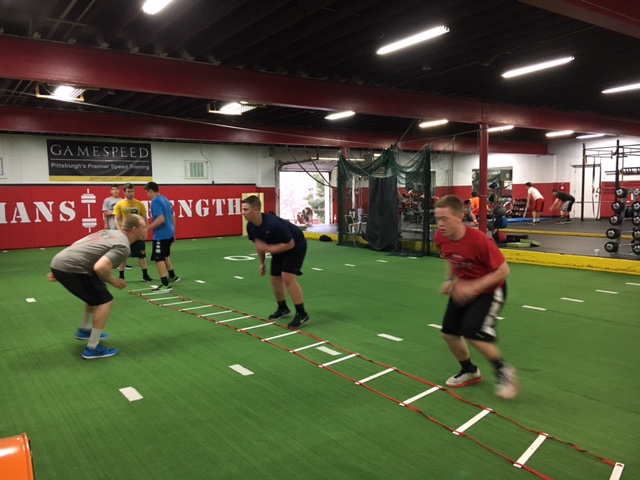 Does my child need to have a certain level of skill/athleticism?

No! Upon assessment of the individual athlete we will place them in the appropriate level of training to give them the best chance at making progress throughout the program and beyond!  This program is for the beginner AND the advanced athlete! 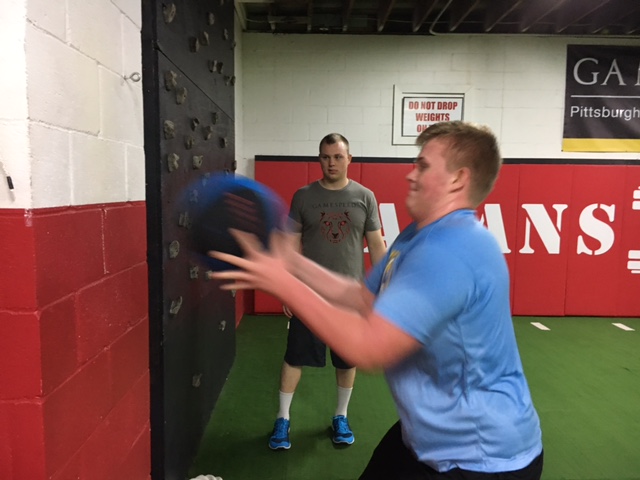 Do you have to train the same days/times each week?

No, each week can be different. Whatever fits your schedule will fit ours!  However, if possible, we strongly suggest making time for the linemen-only session on Saturdays.  This time will be important for the athlete’s progress. 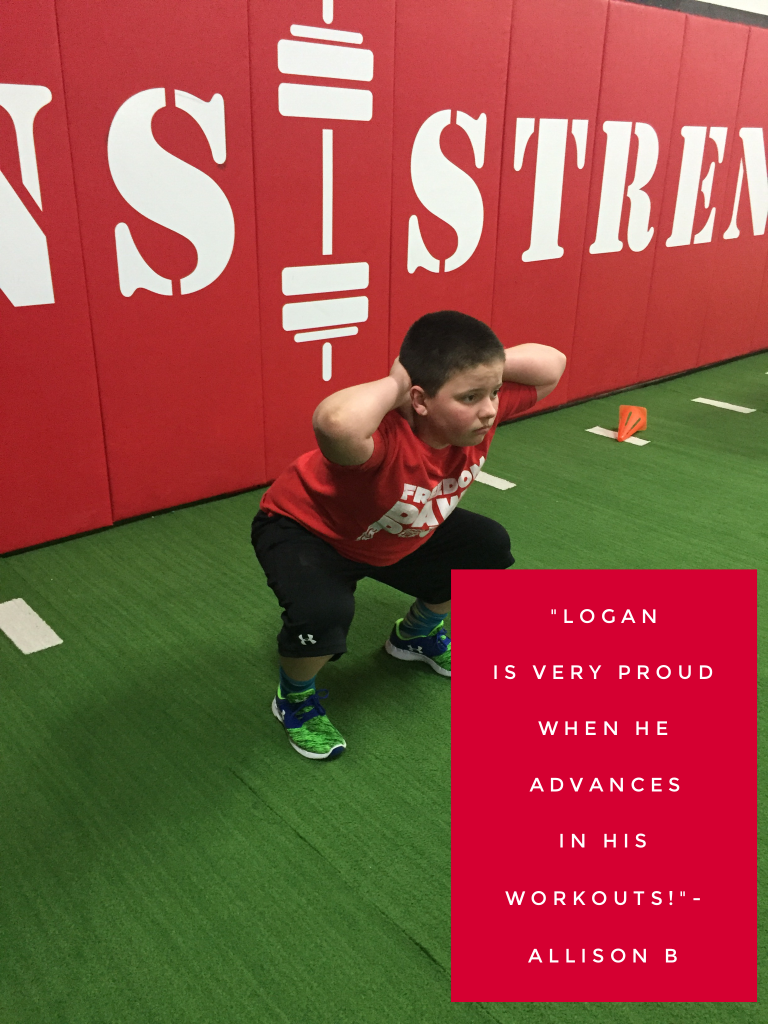