10 Special Memories from Years of Working at The Willows Inn 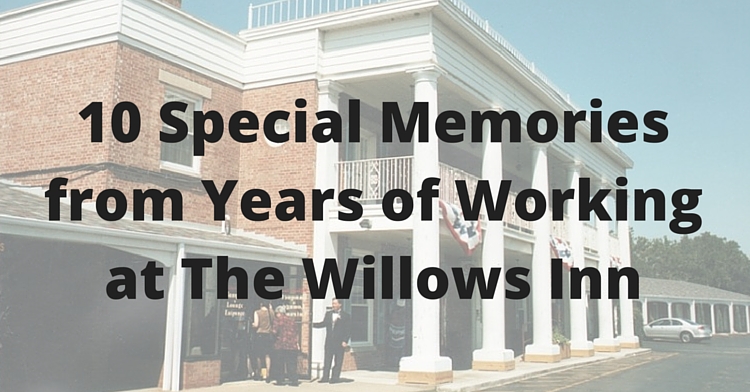 While we’ve been lucky to have a ton of great places opening up across the area, it’s always sad to lose local businesses. Recently, on a recent trip to the Covered Bridge in Bridgewater, I received the sad news that they were also closing shop, as well. However, nothing hit me as hard as finding out about the sale of the Willows Inn in Industry.

I spent most of my teenage years at the Willows, working my way up from busser to hostess to waitress, and even briefly working the front desk of the motel. I spent many Friday nights filling water pitchers and refilling Pepsis and even more Sunday mornings clearing sticky syrup-glazed plates from tables. Growing up, many of my friends worked there and while we worked hard together, we laughed just as hard. While I haven’t worked there in years, there are some things I will never forget. 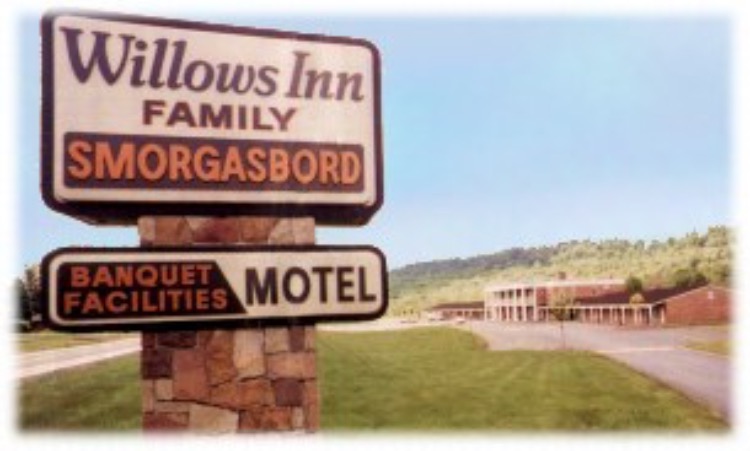 1. The Smell of Fried Chicken

There’s nothing like being a teenager, with crazy hormonal skin and working in a kitchen where they would deep fry insane amounts of chicken. Not only did the smell permeate your clothes, car, and anything within 5 feet of you, but it also caused some of the worst acne ever.

Anytime I hear James Taylor explaining that you’ve got a friend, I’m instantly transported back to the front dining room, asking diners if they’re finished with their fried chicken and salad plates.

I wasn’t employed there when the car cruise started, but I still think it’s a fantastic idea. Darts, Chargers, Novas, and more came from all around to fill the Willows’ lot. Add cold beer and good people and you were in for an enjoyable evening.

My first real day on the job, at 15 years old, was Thanksgiving. I have worked holidays ever since. Sure, there’s nothing worse than leaving your family, but when you work with great people and enjoy what you do, it makes up for it. They were always filled with hard work, probably a few broken glasses, and lots of laughs.

The Willows bar had one draught beer, Straub, and it was served from the cleanest draught line in Beaver County. I am pretty sure the guy who came to clean it was there weekly. It was poured into frosty mugs, so cold that little shards of beer ice formed on top. It was served on Fridays with the free little fried food buffet they set up.

I had some of the best coworkers there, who helped mold me for the rest of my career. To this day, I remember watching a few of the kitchen crew carry a woman, who was in a wheelchair, up the ballroom stairs. With every step, a handle bar would hit one guy in the chin and the other guy in the knee. Now that’s what you call teamwork.

I had worked so many weddings at one point, that I could tell you the song lineup. YMCA, anyone? Weddings were almost my favorite. Nothing was better than setting up the cookie tables and maybe sampling a few when no one was looking. The worst was having that one drunk uncle to the bride who would try and dance with you though.

Long gone are smoking sections in restaurants, which was in the back patio corner. It was gone before I quit there years ago, but the familiar smell of cigarette smoke and fried food will always bring back memories. I remember being a young busser and feeling so cool being invited to sit with the waitresses when they would have a smoke in the bathroom.

9. Everyone Has a Story

Working in the restaurant business, you see all types from all walks of life. This always fascinated me. I’ve overheard every type of conversation, from breakups to makeups, and everything in between. To this day, I remember a sweet older couple, who would come in twice a week. She ended up passing, but he continued on coming in to dine, with friends instead. He would call me ‘Smiley’ and tell me stories from being in the war to traveling with his wife. Our friendship grew over the years of my employment. After years of losing touch, I still think of him often.

Until you were a waitress and had to stay longer than the ice cream machine was on, you always left with an ice cream cone. I can recall many evenings sitting outside with co-workers on the benches, waiting for our rides while eating our soft serve. Someone’s dad may have drove past us once, before remembering we needed picked up. Just saying.

While the Willows Inn will be missed dearly, I am hopeful for the future of the business.

Whitney Scelp
Born and raised in Beaver County, Whitney graduated from Geneva College, is a nurse at the local hospital, and still resides in the area. She is looking forward to training her daughter in the ways of Beaver County…such as Hot Dog Shoppe chili dogs, Midland Fourth of Julys, and pierogies. Follow her on Instagram @wandering_wannabe for her local and not so local favorites.
 Share this article:  Facebook  Twitter
I Love Taking Care of People That I Know July 19, 2017 By Erin Ninehouser
0
Comments
Affordable Healthcare for Us Nurses July 17, 2017 By Erin Ninehouser
0
Comments