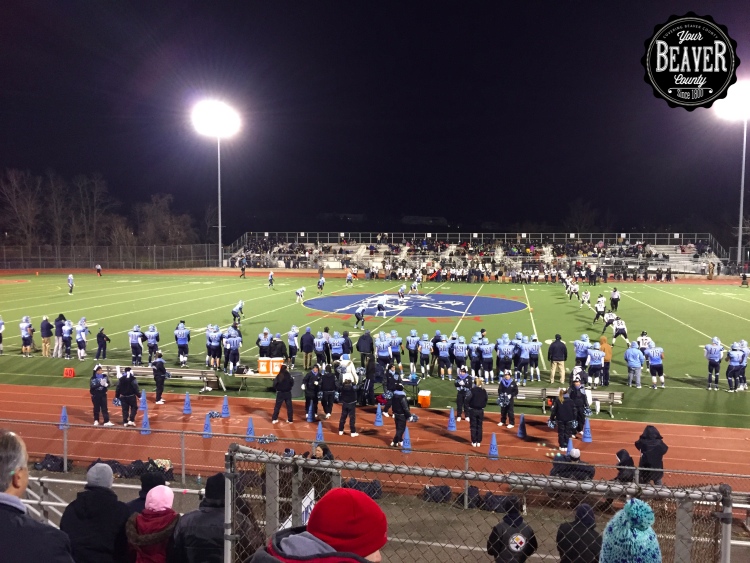 The definition of the word revenge goes something like this: To exact punishment for a wrong on behalf of, especially in a resentful or vindictive spirit; to take vengeance for. Both Aliquippa and Central Valley will get the opportunity for revenge at Heinz Field in the WPIAL championship.

The Quips and the Warriors will face the teams that denied them the gold medal in 2013. Last year, Aliquippa lost a thriller to South Fayette, 34-28, and Central Valley lost to West Allegheny, 16-6. Mostly every football fan expected these four teams to meet again. It promises to be an exciting, and cold, championship. Let’s take a closer look at how these two teams punched their golden ticket to Heinz.

In class AA, the #2 seeded Quips overcame four turnovers en route to a 44-26 win over the Washington Little Prexies. It was Washington’s first loss of the season. The Prexies led at one point, 20-16, before Aliquippa (12-0) turned it on. Junior running back Kaezon Pugh went off, running wild for 284 yards on 23 carries and three touchdowns.

It was the first time this season Aliquippa did not inflict the “mercy rule” on their opponent. In fact, the Quips only led 28-26 early in the 4th quarter before Pugh found the end zone twice. Quarterback Darrien Fields had a fine game, throwing for 113 yards on 5 completions. The win clinched Aliquippa’s mind-blowing 7th consecutive trip to Heinz Field. Their last championship came in 2012 when they beat none other than Washington, 34-7.

The Central Valley Warriors (12-0) will be making their third trip to the WPIAL AAA championship appearance in only five years. They got another impressive performance from their ball-hawking defense, as they manhandled Ringgold 41-13. Quarterback John George finished 10 for 16 for 154 yards and a touchdown, and also ran for a score.

CV got off to a hot start after recovering the opening kickoff, which was squibbed toward the home sideline and took a fortuitous bounce. The Warriors outgained the Rams 330-95 in the first half while building a 35-0 halftime lead. The CV defense did a tremendous job containing Ringgold’s #1 threat, quarterback Nico Law.

Jordan Whitehead turned in another impressive performance, rushing 11 times for 88 yards and two scores, while catching three passes for 41 yards. The juicy re-match with West Allegheny has the makings of another epic finale. The two teams have forged one of the best rivalries in the WPIAL. Earlier this season, Central Valley turned back Bob Palko’s Indians, 28-17, in the final week of play.