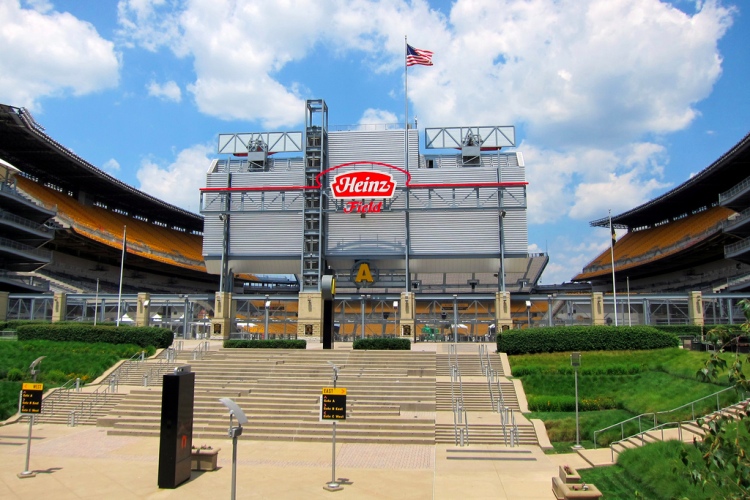 This article is sponsored by our friends at Bowser’s Restaurant in Center Township! If you are looking for a great place to grab a bite to eat or kick back and relax with a good beer after the games this Friday, make Bowser’s your spot!

The WPIAL football playoffs are here. Questions abound in class A, AA and AAA as to who will get the #1 overall seed. If history holds true, Beaver County will have at least one or two teams playing for all the marbles at Heinz Field. I’m predicting there will be two – the same two that were there last year. Let’s take a closer look at each classification and see who from the county is going dancing on Friday night.

Class A – South Side Beaver

And then there was one. South Side Beaver is the lone team from Beaver County that qualified for the playoffs in class A. The Rams are making their second consecutive playoff appearance behind Coach Glen McDougal.

The Rams finished third in the Big 7 conference with a 6-3 record. They will need to be upset-minded if they want to advance to the second round, as they will be playing at (9-0) Frazier, the 4th seed in class A. Teams from Frazier’s conference have not won a playoff game in four years. Will this be the year?

The big question, like in AA, is who gets the #1 seed? The football committee decided to go with the defending WPIAL and PIAA champions, South Fayette. They are in the midst of a dynasty, winning 41 in a row.

The dark horse in AA is Washington. The Little Prexies have a dominating running attack and play extremely sound defense. They are seeded third, so they’ll have to get by Aliquippa to get to Heinz Field. An Aliquippa-Washington semifinal match-up could be one of the best games in the WPIAL playoffs.

New Brighton finished fourth in the MAC behind Aliquippa, Beaver Falls, and Beaver. The Lions and their 5-4 record will face the tournament’s #4 seed in Steel Valley. They are only one of two teams in the AA playoffs to allow more points than they scored. New Brighton will need to contain Steel Valley’s running attack if they want to make it into round two.

Beaver finished third in the MAC with a 7-2 record. They were carried all season long by junior phenom, Darius Wise. Wise not only ran for over 1,000 yards, but also threw for over 1,000, a rare feat at any level of football. Wise will need to turn in a Superman-like performance if the Bobcats want to advance into round two. The Bobcats were awarded the 9th seed, and will travel to face 8th seeded Mount Pleasant in round one. This has the makings of what promises to be an excellent first round game. The winner gets the top seed, South Fayette, in the quarterfinals.

Beaver Falls, a team with a wealth of talent, finished 8-1. Their perfect season was spoiled at the hands of rival Aliquippa in week 9. The Tigers will have to go through South Fayette to get to Heinz Field. Beaver Falls lost in the semifinals two years ago to South Fayette. The Tigers had trouble defending the pass against Aliquippa, which is not a good sign when you have to play a team like South Fayette. BF will play Apollo-Ridge in the first round, a rematch from last year’s wild first round game that saw the Tigers come out on top.

The Quips of Aliquippa were awarded the #2 seed in AA. They will host Keystone Oaks in round one, and then will play the winner of Seton-LaSalle and Highlands. Aliquippa has won 60 straight MAC games. The last time they lost a conference game was in 2009. They passed their biggest test of the season, thumping Beaver Falls in week 9, 44-21. The Quips can run and they can throw. They play fundamental football. It’s been good enough to get to Heinz Field every year since 2009, a staggering statistic. A trip to Heinz Field is not a guarantee this year. A date with Washington in the semifinals is looming quite large. Aliquippa has lost the last two title games to South Fayette, but before that, they won two in a row. Will the third time be a charm for the Quips against the dynastic South Fayette Lions?

Central Valley was awarded the #1 overall seed again after reeling off eight straight wins, including a 23-13 conference championship-clinching win over West Allegheny in week 9. The Warriors had a small hiccup in the first week of the season, a 17-14 loss to Montour. But CV continues to improve every week. They will face Laurel Highlands in a rematch from last year’s first round game. With a win, they’ll get a chance for redemption if Montour can hold off Hampton. CV will most likely face fifth-seeded Ringgold in the semifinals.

Ambridge is in the playoffs for the first time since 2005. The Bridgers were awarded the 12th seed in the tournament. They will travel to the Mon Valley to take on Ringgold (8-1) in round one. Ringgold’s only loss came at the hands of the #2 seed, Belle Vernon, 13-12. The winner of that game will then face the winner of Mars-New Castle in the quarterfinals.

Watch out for Thomas Jefferson in AAA. They began the season 0-2, but have since ripped off seven straight wins. A West A.-T.J. match-up in the second round will be a classic.