Who the Heck is Carl? 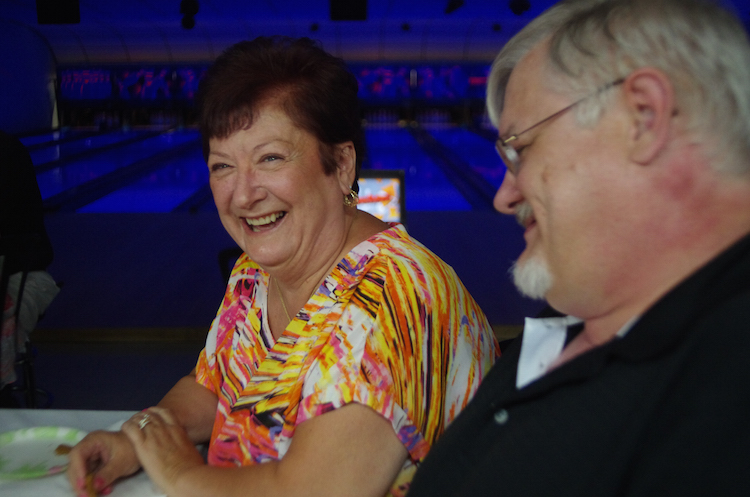 “I met him and we were married 4 months, 5 months later. I was his first true girlfriend, ever. We fell in love, it was almost automatic. It was instant.”

“He texted me on the site and said “I’m kinda interested,” so I looked at his profile and he was from Pittsburgh, so I was a nice person and I said “your profile doesn’t say much about you, why don’t you fill out more information?” So he did. And I could tell he was very shy, very green, and precious though. So he filled out more of the information and I knew that he was that way and I wanted to build his ego. Not that I want to would be interested, but I said “if I wasn’t so far…” So he latched on to me like a fallen star, ahhh! His screen name was Tony, and then I gave him my email and next thing I know, I’m getting these emails from Carl and I’m thinking “Who the heck is Carl?” I thought I’d been talking to Tony!”

Elena D’Agostino
Elena is a professional photographer and knitting enthusiast originally from Aliquippa and is somewhat ashamed to admit she currently resides in Butler. She has spent most of her life working for her family at Sheffield Lanes and The Fallout Shelter, where she fixes bowling machines and drinks. You can see more of her photography on her website or follow her on Facebook.
 Share this article:  Facebook  Twitter
James W. Fellenz, Brighton Twp. September 8, 2015 By In Memory
0
Comments
Da Burghcast is Back & Officially a Part of YBC! September 8, 2015 By Andrew Selby
0
Comments