"What’s the secret to being a great novelist? Persistence."

People of Beaver County is brought to you by Rochester Manor+Villa March 20, 2017 By Erin Ninehouser
0
Comments 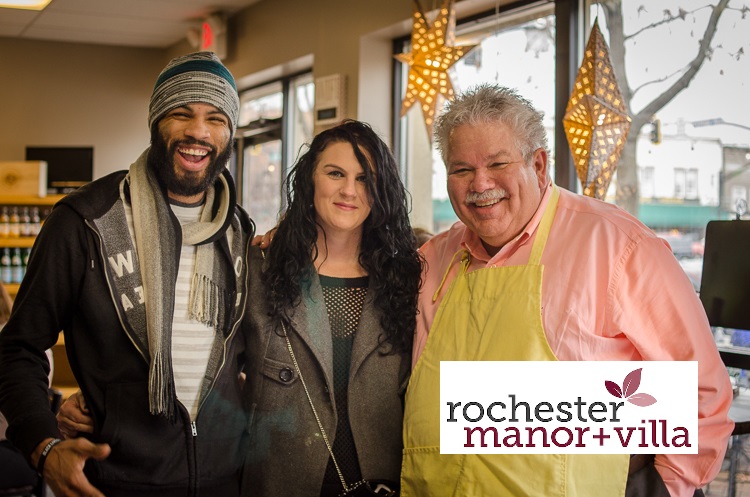 “What’s the secret to being a great novelist?”

“What kinds of things do you write about?”

“I write fantasy novels. It’s a little bit science-fiction, but mostly more traditional, epic fantasy. I’m working on the 4th book in a series. I’m a fan of fantasy and mythology, so I weave a lot of mythology in my books as well.

The series is called ‘Pathway of the Chosen.’ The first book is called ‘The Girl from the North.’ I just released a book in October, ‘Queen of Stars and Shadows,’ — it’s actually the third book in the series, but, the way it’s written, there’s enough background to start there. The first two books are like a prequel, where you get to know the characters and the third book is where the action really gets going.

My last two books have had kind of historical fantasy elements to them. Some fact-based stuff, but thrown in with some magic. There’s a very strong female slant to my books as well. I try to write strong female characters that, you know, might not have been able to be a warrior hundreds of years ago, but I can reimagine them as warriors now.”

(Local author Cat Bruno, of Beaver, talks about her work as a novelist. Pick up one of her books here).

Erin Ninehouser
Erin Ninehouser loves photography for its ability to reveal truths and insights that are often too difficult to capture with words. She believes, as Garrison Keillor says through his troubled yet triumphant character Barbara in Pontoon, that “the only sermon that counts is the one formed by our actions.” A native of New Castle, Erin has made her home in Ambridge where she lives happily with her wonderful husband Dave, their three adorable and hilarious cats, and their “old gentleman” dog, Max. Erin is excited to help tell the stories of the people of Beaver County. You can see more of her work on Facebook and connect on Instagram or Twitter.
 Share this article:  Facebook  Twitter
Fur Babies of BC: DJ March 20, 2017 By Ana Beaverhausen
0
Comments
TOURIST OR PILGRIM? March 19, 2017 By Ana Beaverhausen
0
Comments