Veterans Day: Growing up a Son of a Grunt 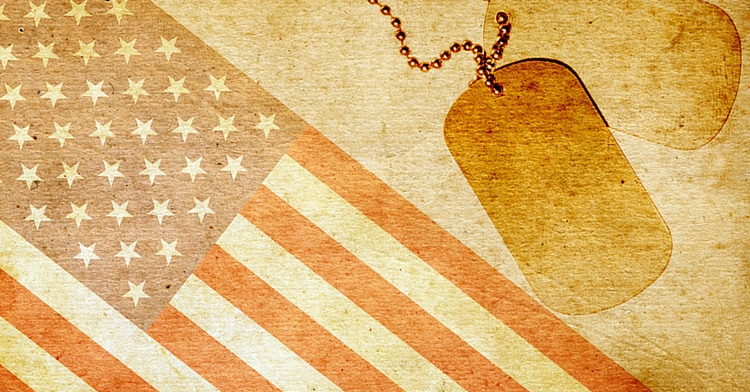 My father hit the draft lottery three years after graduating from Hopewell High School. His prize was a firm placement with the United States Army. After four months of basic and advanced infantry training, along with a short visit home, my father was given his orders. He was headed to Vietnam. He was placed with the First Cavalry Division. He was a grunt — surrounded by other grunts — thousands of miles from home.

For a Western Pennsylvania boy who was likely to end up pulling long shifts at Jones and Laughlin Steel Company like his father, he was now boots on the ground in one of the most unpopular wars in the history of the United States.

Close to 60,000 American soldiers were killed in the Vietnam War. My father was lucky enough to be on the opposite end of this haunting number.

The once boy scout — now combat veteran returned to a country divided — a country at war with itself. The anti-war movement of the sixties was in full swing. Anti-war protesters on one front, and on the other end were thousands of battle hardened vets just looking for a rightful home coming. Some of those who made it out alive had a hard time decompressing, a hard time adjusting to civilian life. My father credited his family for protecting him when coming home — not letting him slip away.

Although my father was lucky enough to physically leave the battlefield in one piece, he was unable to leave the horrors of war behind him. His scars were permanent. My uncle tells me a story taking place within a year or so of my father’s return home. In the middle of the night a life-flight helicopter flies over their Hopewell Township home. The sounds of a chopper took him back. He jumped out of bed and hit the deck, screaming “get down, everyone get down!”

His jungle rotted feet and groin would come back to haunt him for years. According to https://www.neuropathycure.org, his Peripheral Neuropathy, Ischemic Heart Disease, and Type II Diabetes Mellitus, were all recognized by the United States Government as service connected to his exposure to Agent Orange.

During the Vietnam War from 1961 to 1971, an estimated 20,000,000 gallons of herbicide referred to as Agent Orange was sprayed in an aerial defoliation program known as Operation Ranch Hand. Our military was told there was nothing to worry about, and that the chemicals were safe to be around. It wasn’t until 1991 the government fully acknowledged the harmful effects of Agent Orange. A largely growing cancer rate is among Agent Orange exposed Veterans.

As a kid, if I eavesdropped my father telling my mother about a nightmare he had, or his agitation of a sweat soaked pillow, I just kept it to myself. He suffered from PTSD (Post Traumatic Stress Disorder) most of his life. If you delved into his medical records, you might ask yourself how the man maintained thirty plus years at the same job — where he happily retired.

The man was skilled at hiding his post war insecurities. Selfless not selfish. His only discontent came from the men in Washington who tried to win the war from Capitol Hill. “You can’t win a war with your hands tied behind your back,” he expressed to me on more than one occasion.

Even though my father’s honorable discharge came twelve years before my birth, I still pride myself on growing up as a military kid. I was the proud son of a grunt from the word go. It became a lifelong learning experience having a combat veteran for a father. He shared with me so many stories from his days in Vietnam. He cared to share; so I cared to listen. It was how we bonded.

My father always said to me, “every day home from Nam was a gift.” In 2011, at 62 years old, his days ran out. His fulfilled life came to a screeching halt. He had a relentless opponent. When the cancer was discovered, it spread from his pancreas to his lungs, liver, and bones.

Even in the man’s final days, as he was ultimately being gunned down by the war he so proudly fought in, his proudest moment was still his service to his country.

Thank you to all our military for the sacrifices you have made for our freedom.

Corey Allinder
A lifelong resident of Beaver County – with a taste for good food and delicious craft beer. He has a special place in his heart for all of the neglected and mistreated dogs in the world. Corey spends all of his free time enjoying the outdoors with his wife, daughter, and locally famous Boston Terrier – who can be found here on Instagram.
 Share this article:  Facebook  Twitter
He Talked About the Training and Discipline He Got There November 12, 2015 By Erin Ninehouser
0
Comments
Da Burghcast Reviews YBC's Top 25 Foods to Eat Before you Die November 11, 2015 By Andrew Selby
0
Comments