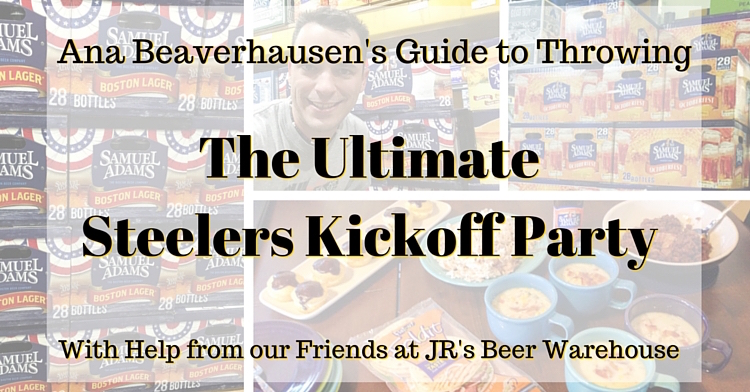 This article is sponsored by our friends at JR’s Beer Warehouse in East Rochester. They are the go-to spot for all of your Steeler party basics like beer, pop, chips, and of course….Wild Bill’s Beef Jerky!

I have been so incredibly excited to start this tailgate article series, you have no idea! I may be biased, but the way the Beaverhausen’s party on football Sunday (or.. you know, Football Monday or Football Thursday) is pretty much the best. Is that bias?? I can’t even tell.

How the Beaverhausens Get Down

A little background on our parties. The Mister is a huge sports guy. Loves football, baseball, basketball, golf, hockey.. really, whatever season it is, he is able to find something on tv to watch and to get excited about.

For me, I really could care less (dodging any hurled tomatoes). I mean, I’m for sure rooting for the home team, but as far as my love for anything sports related, it only has to do with the tailgate.

To keep things interesting week after week, we had to devise a system. We started out having beer cheese and tubular meats each week. While that is lovely, after a few weeks it was getting a little stale.

Now, we mix it up. Each week’s menu is based off of the opposing team.

This allows for different foods and drinks each week, and enough thought to keep me entertained while football is on tv literally all weekend long. Between that and knitting, my Fall weekends are just about set!

Kids? Who has kids?!

So without anymore blabber, here is the first tailgate article!!! 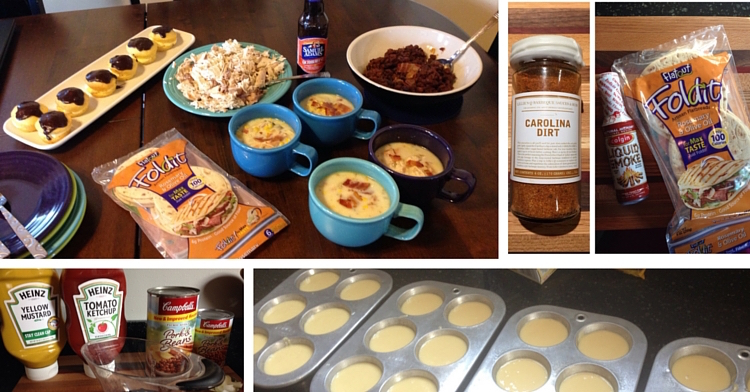 This week, NFL Week One, is the Steelers versus the Patriots. It makes me feel, oh.. I don’t know.. deflated? Har. So many ball jokes.

Since the Pats are from New England, it wouldn’t be a celebration without some kind of chowdah. We are making chicken corn chowdah, because of the Mister’s shellfish allergies.

While we do like to party, we don’t like to party with Epipens and ER visits. Catch my drift? But yeah, I agree. He does ruin everything. Clam chowdah should be on this menu.

Along with that chowdah, we are having cheater bbq chicken on flat bread. Because.. well, I think you know. Cheater, cheater, bbq eater. This is Tom Brady’s favorite meal of all time. Hmph. Cheater.

We are finishing things off with Boston Baked Beans and for dessert (you could probably guess…) Boston Cream Pie. They are actually individual sized treats, which works out better for self control and kid control.

And then finally to bring it all together, a few Sam Adams Oktoberfest from our friends at JR’s. Nothing screams Boston like Sam Adams, and nothing screams Fall like a cool Oktoberfest beer. Head over to JR’s today or tomorrow and you’ll get the special YBC discount on either of these beers!

Ahh, it sure is football season, folks!

Can’t wait for next week’s tailgate! We are playing San Francisco, so we’ll probably be eating Rice-a-Roni and drinking West Coast IPAs from Lagunitas!

More on the Beer

Based just outside of downtown Boston, Samuel Adams Boston Lager is the original craft beer and is an excellent choice for the beer to consume while watching the black and gold deliver Coach Belichick a little payback for all that Spygate garbage.

If you are looking for a seasonal option, their Oktoberfest is one of the most popular Oktoberfests you will find.

Since these two beer are the picks of the week, our friends at JR’s Beer Warehouse will be putting both Samuel Adams Boston Lager and Oktoberfest on special while you are stocking up for your party today and tomorrow. 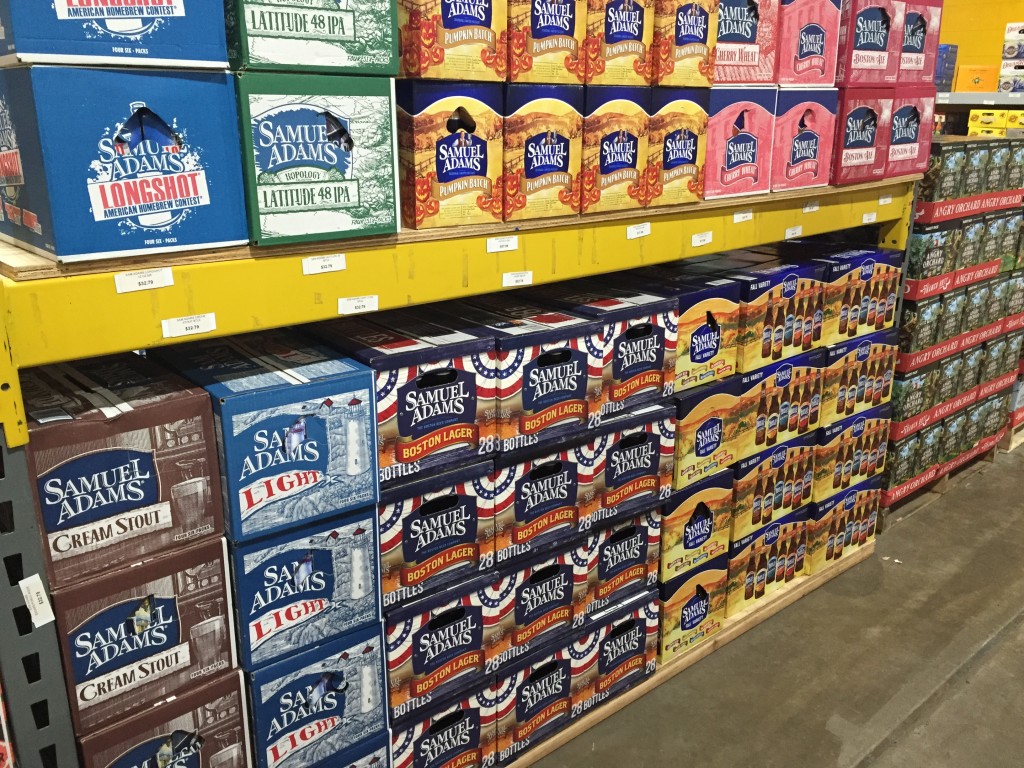 In heavy stockpot, cook the bacon until crisp, and remove all but 1T of drippings. Into drippings, add corn, onion, pepper potato and salt and pepper to taste. Cook until tender, about 10 minutes. Remove half of the cooked mixture and puree it in a blender. OR, use an immersion blender on half of the veggies. Put the puree back into pot (if you removed it), add the chicken, bacon, milk, and water and heat until simmering, another 10 minutes or so.

Line your crock pot with enough foil to cover the bird totally. Clean out the chicken and stuff the cavity with the onion. Rub the bird with the dry rub and put the bird on the foil. Pour liquid smoke over, cover with foil and put the lid on the crock pot. Cook on high for 6 hours. Remove from crock and shred. Serve with onions on flatbread.

Mix all ingredients and bake covered at 350 degrees for 2 ½ hours until thick.

(These are cheaters too, because they certainly aren’t “real” cream pies!)

Bake cupcakes according to box directions and let cool completely. Cut cupcakes in half. Mix vanilla pudding with milk for two minutes, and then let stand for five minutes. Fold in ½ cup Cool Whip. Fill a piping bag (or Ziploc bag) with the mixture and pipe into each cupcake middle. Replace cupcake top. Melt chocolate and 1 cup Cool Whip in the microwave, stirring at 30 second increments. Let cool for 15 minutes, then ice each cupcake. Refrigerate for at least 15 minutes

In honor of the Steelers heading to New England, cases of 28 12oz bottles of Samuel Adams Boston Lager and Oktoberfest will both be on special for $28.99 at JR’s Beer Warehouse today and tomorrow!

And check back with us next week for another great Steelers beer special from JR’s Beer Warehouse. We’re planning on drinking some west coast beers from Lagunitas!

Anastastia Beaverhausen
Anastasia Beaverhausen is a married, stay-at-home mom of three kids. She was born, raised and still lives in downtown Beaver. Her main goals in life are making sure everyone lives through the week, the house doesn’t end up condemned, and teaching two (so far) small people how to “people” properly. In her free time, Ana enjoys running, knitting and gardening, although free time is a pretty tough thing to come by these days. Follow her on twiter @bcBeaverhausen!
 Share this article:  Facebook  Twitter
Jennie Lee Laderer Boyd September 9, 2015 By In Memory
0
Comments
Donald E. Moore, New Brighton September 8, 2015 By In Memory
0
Comments