Trying to Inspire These Young Boys 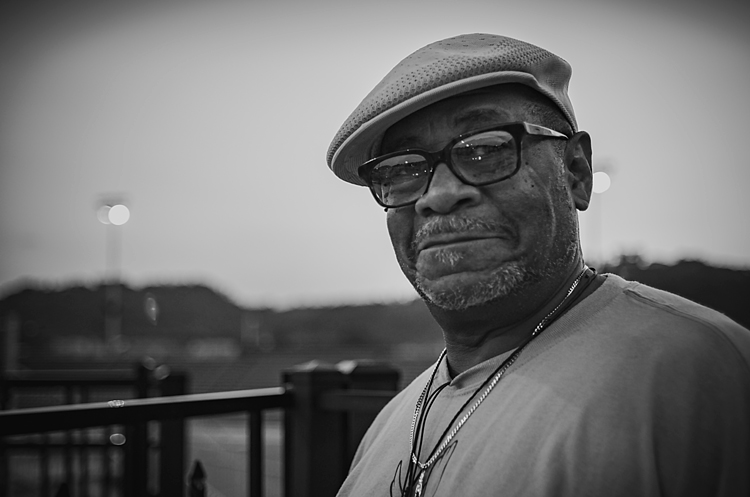 “I’ve been working in the district for about 9 years, but for other schools. Now, I’m working in the field house [at the Ambridge high school]. I’m the night watchman and I work with the athletes. I’m trying to encourage our boys, because we have a lot on the team now who have never played organized football before.

We got a small team now; mostly freshman and sophomores. We’re rebuilding the team and the coaching staff. I tell them, just stay together as a team, and we can do what we need to do. I come up here to the practices and tell them they’re doing a good job.

(Andre shares his motivation for supporting the Ambridge high school football players as they learn the game and grow as a team.)

Erin Ninehouser
Erin Ninehouser loves photography for its ability to reveal truths and insights that are often too difficult to capture with words. She believes, as Garrison Keillor says through his troubled yet triumphant character Barbara in Pontoon, that “the only sermon that counts is the one formed by our actions.” A native of New Castle, Erin has made her home in Ambridge where she lives happily with her wonderful husband Dave, their three adorable and hilarious cats, and their “old gentleman” dog, Max. Erin is excited to help tell the stories of the people of Beaver County. You can see more of her work on Facebook and connect on Instagram or Twitter.
 Share this article:  Facebook  Twitter
Mountain Biking: The Newest Team Sport for Kids in Beaver County July 29, 2016 By Andrew Selby
0
Comments
A Dinner Out That Turns Out Just Right July 28, 2016 By Anastastia Beaverhausen
0
Comments