Our Top 10 Must-See Summer Blockbusters This Year (...and 5 to Avoid!) 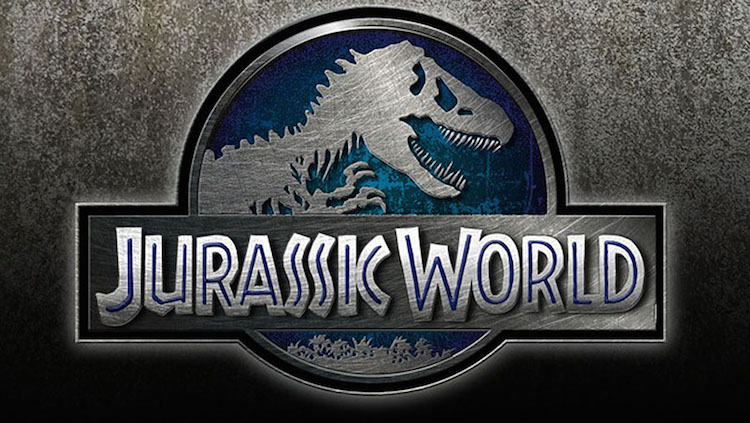 Growing up, through high school and college, I considered myself one of the biggest movie buffs out there. Give me a quote, I’ll reply with the next line. Name an obscure movie nobody’s ever heard of, I’ve seen it. Speaking of “Scene it?” Nobody would ever even play with me…because I was a BOSS!

Then something happened. I became an adult, and a wife, and a Mom working 50+ hours a week. For a while there, I was lucky to see one movie in theaters a year! Not to mention, I’m also lucky to make it through half of something on Netflix before falling asleep.

We even have a new rule in our house where we are no longer allowed to rent anything from Redbox, because 30-days later we find it under a pile of mail, realize neither of us have taken it back, and $25 later we own something we’ve never watched and it just gets added to the collection.

With so many great blockbusters coming out this summer, we’ve made it a point to see more of them. I LOVE movies and am so happy to be getting back in the swing of things and not yelling at my co-workers to stop talking about something because I haven’t seen it yet.

For those of you who are busy like me and still want to catch some flicks but make sure it’s not a waste of your precious time…I put together a cheat sheet of the “Must See” and the “Don’t Waste Your Money.”  Please note that these are based on my own personal movie tastes and is in no way a reflection of any formal rating system ☺

While this one could definitely go either way, I have high hopes for National Lampoon’s latest venture. Ed Helms is fantastic, and it follows in the footsteps of the original with Rusty Griswold taking his family on a cross-country road trip because Walley World is closing its doors for good. With cameos by Clark and Ellen (Chevy Chase and Beverly D’Angelo) I think we can all expect a few good laughs!

Even though this is the fifth film in the Mission Impossible franchise, it’s guaranteed to be packed full of action. Regardless of your feelings for Tom Cruise, Jeremy Renner is actually taking a much bigger role in the two most recent films, and he is wonderful!

This is one I DEFINITELY wouldn’t bring the kids to, but it will keep you on the edge of your seat. Tom Hardy and Charlize Theron star in this post-apocalyptic thriller. It actually does follow the story line from the original Mad Max films with Mel Gibson, and the best description I’ve heard so far is, “It’s like Waterworld, but in the desert.”

Jason Statham and Jude Law are delicious. Melissa McCarthey is hilarious. What more do you need in an action comedy? Much better and funnier than any of the reviews will let on. Jason Statham even pokes fun at most of his “macho man” roles, so if you’re a fan of his it will be highly entertaining for you.

Even though this is “technically” for the kids it will be enjoyed just as much by the parents. This time Pixar takes you inside the mind and emotions of a young girl and is absolutely hilarious!  Spoiler alert: You will cry. Hard.

I haven’t seen this yet, so it’s still a bit of a gamble. But I think Bill Hader and Amy Schumer are absolutely hilarious. It got great reviews at the South by Southwest premier, and is slated to be the summer’s best rom com. LeBron James also makes his film debut, so check it out if you have the chance!

It seems like Marvel can’t do wrong at this point, and I hope that never stops. I was actually worried going to see this movie because I thought it couldn’t possibly be as good as their other ones. I was wrong. It was great. A fresh story line, new villains, and of course… a hunky man sandwich full of Robert Downey Jr, Chris Hemsworth, Chris Evans, and Jeremy Renner. Don’t worry fellas, you still get your Scarlet Johanssen fix!

I’m a sucker for disaster movies. Twister, Volcano, really anything of that nature. So this film matches up two of my favorite things ever. Disaster movies, and the Rock. The special effects are literally out of this world in this fast-paced earthquake thriller!

I literally cannot wait to take my son to see the Minions. Despicable Me 1 & 2 were both great, mostly because of these funny little yellow guys. When we even see them on a commercial, Luke laughs hysterically. This one has plenty of references for the adults as well because it chronicles the masters that the minions have served over the centuries. Definitely a must-see for the entire family!

My life was complete the day I saw Jurassic World. Everything that I have been missing for almost two decades was present in this action packed, Chris Pratt filled dinosaur dream! If you liked the original film, you will absolutely love this. And I can honestly tell you that the final minutes of this movie are the most intense and satisfying of any movie I have ever seen! New dinosaurs, references to all of the old movies… absolute perfection.

Skip these and pick one of the list from above:

Poltergeist: If you like scary movies, it’s not scary. If you liked the original, it’s not as good. Check out the new Insidious if you want to spend your nights shaking with the lights on.

Terminator: Genisys: Come on, really. Even as a fan of the original Terminators, enough is enough. They haven’t been good in 20 years.

Ted 2: This makes me sad because I loved the original, but there is no way that it happens again.

Tomorrowland: Despite George Clooney in the starring role, this movie just kind of falls flat. Neat special effects though!

Allie Dixon
Allie is a lifelong resident of Beaver County. She is a 2006 graduate of Blackhawk High School, and still resides in Patterson Heights with her husband Andy and their 3-year old son, Luke. She is a Regional Manager at PLS Logistics and a sports fanatic. You can find her on Facebook as Allie Dixon.
 Share this article:  Facebook  Twitter
I am a double breast cancer survivor... July 4, 2015 By Shannon McKinney
0
Comments
Charles Thomas Britton, Espyville July 3, 2015 By In Memory
0
Comments