Our Top Ten Most Popular Articles of 2014 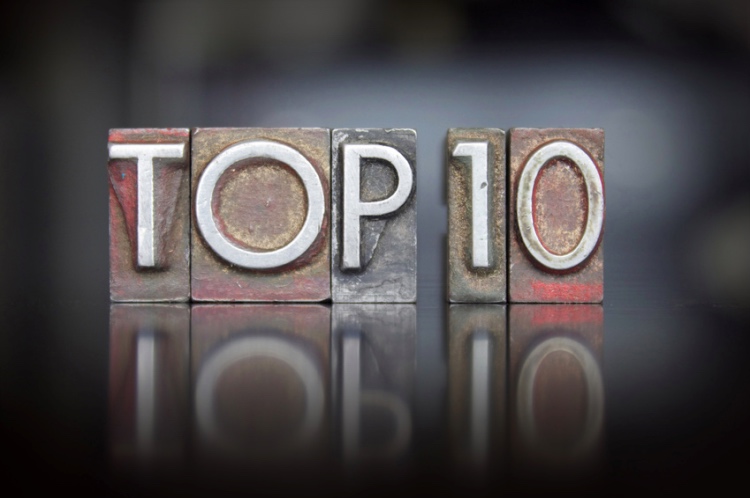 As we prepare to close out 2014 and jump headfirst into 2015, I thought it might be fun to take a brief moment to look back at some of our best work from the first calendar year of Your Beaver County.

Since the site officially launched on September 8, 2014 with a featured article about Steve and Justin from Performance PC, the growth we have experienced had been truly mind-blowing. We started out hoping to eventually reach a target of 10,000 page views each month, but just a few months later we are actually closer to ten times that amount. Ten times. That is hard to comprehend.

In order to determine the most popular articles thus far, I sorted them by the total number of pageviews recorded up to this point. While many of my personal favorite articles didn’t quite make the cut, these are the ten articles that drew the most readers in 2014. 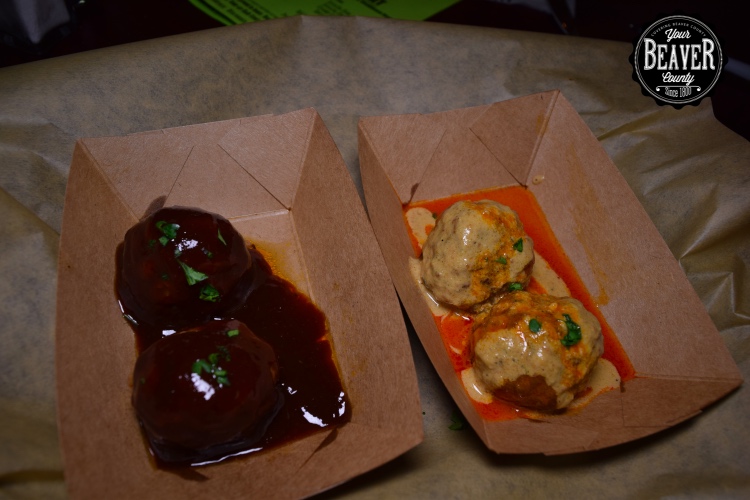 It was no surprise to find my recent article about The Ball Joint in Beaver Falls made the list. Despite the fact that I just published this one very recently, The Ball Joint has a tremendous base of loyal fans that really do a wonderful job of promoting the restaurant on Facebook.

This was the first article where I alerted the restaurant that I was coming for the specific purpose of writing about them. They really rolled out the red carpet for us and we had a fantastic experience, so this was also one of my personal favorites thus far. 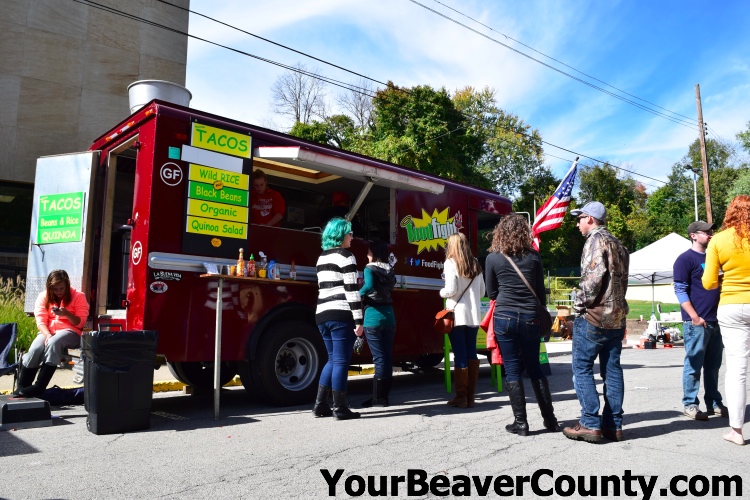 My feature interview with the owners of the Food Fight Truck was another personal favorite of mine this year. Matt and Kenda have a great story and I was thrilled to have the opportunity to tell it for them. This was a great article because it really helped to get the word out about “that food truck in Monaca.”

It was also great for me because their tacos became a weekly staple in my diet this fall. I can’t wait till they start up again in the spring. 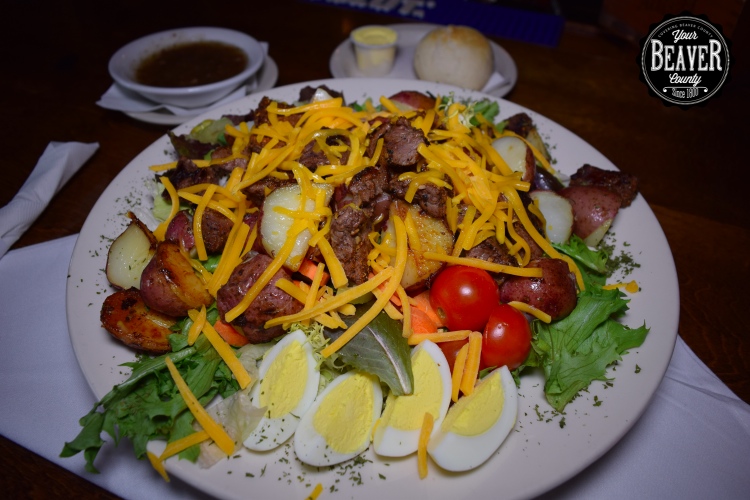 The list of the top five salads in Beaver County that Emily wrote was our first adventure into the murky waters of trying to list or rank the best food in Beaver County. As could be expected, it ruffled some feathers and people rallied to support their favorite restaurants and salads.

We all agreed from the beginning that ranking food and restaurants was never going to be objective, but we felt that if we presented it in a way that allowed people to comment and add their own favorites to the list that we would basically be building an even better guide to eating in Beaver County.

That idea has worked out extremely well. If you are ever hungry, there are tons of comments recommending great places to eat on all of our food-related posts. 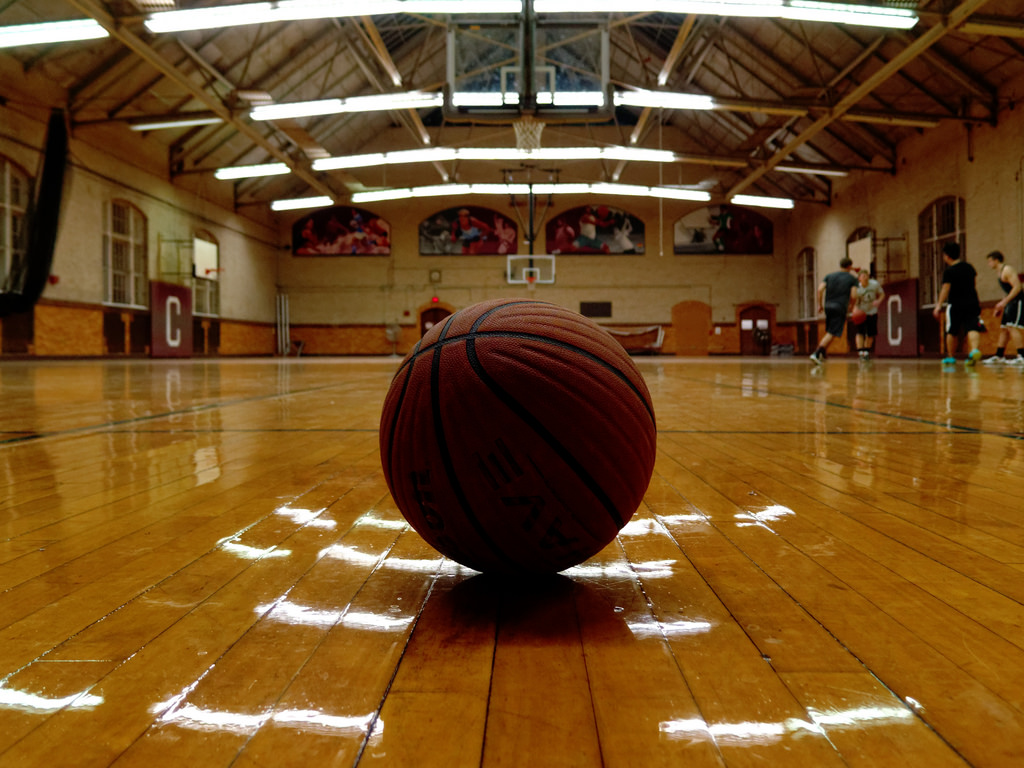 This was an idea that Marc and I came up with based on the success of the Best Salads article. We had done some research that indicated that high school sports would be a very popular topic for us to cover (no big surprise there!) and were looking for the right way to do it.

I noticed one evening that Marc had tweeted something about what the starting lineup would be if you combined all of the Duke players from the Coach K era. Since I have a habit of relating just about everything to Your Beaver County, I immediately told him we should do a Beaver County version of that idea.

The top basketball coaches article was our third effort at building a top five list around a local high school sports theme and has to-date been the second most popular sports article. 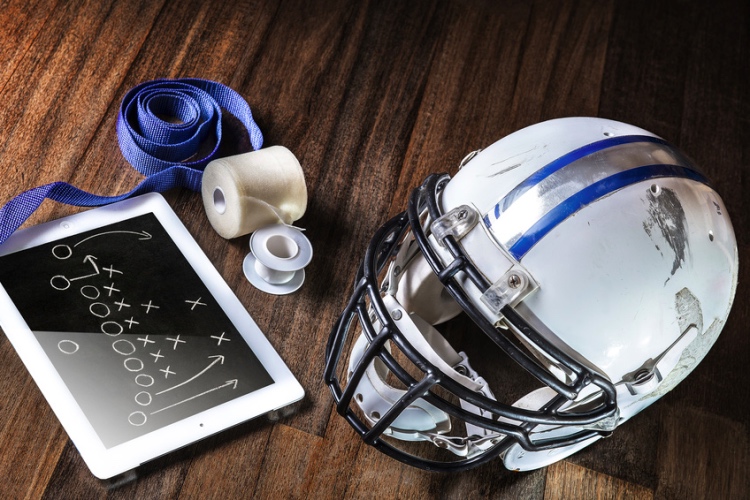 This was the follow-up article to the Top 5 High School Quarterbacks in Beaver County History. While the quarterbacks article did very well (it would have been number 12 on this list), the football coaches article has nearly doubled that success.

My best explanation for this is that most of the great quarterbacks were from a long time ago, while many of the coaches on the list are still active in their communities or have players who are active members of the community.

Whatever the reason, this was a clear sign to us that the readers love debating different aspects of local high school sports history. There will definitely be more of these types of articles coming in 2015.

5. The Best Places to Take and Out of Towner to Eat in Beaver County 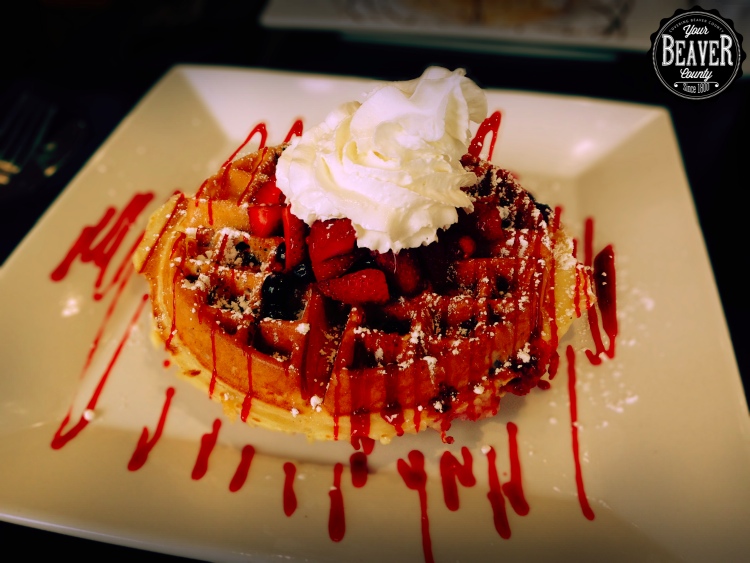 This article was all Brian’s idea, and to be honest I wasn’t exactly sold on the concept. I thought the idea of catering to “out of towners” was not something that our core readers were going to appreciate. Luckily, I’m pretty good at being completely wrong about things and was happy to shelf my opinion when one reader after another shared this article on Facebook.

Like all of the lists, roundups, and top five articles we have done, this one got even better when readers started submitting their own favorite places to take their out of town guests. While I wasn’t initially sure of the concept, this article proved that there is an awful lot of great restaurants in Beaver County, and that is something that most of us are extremely proud of. 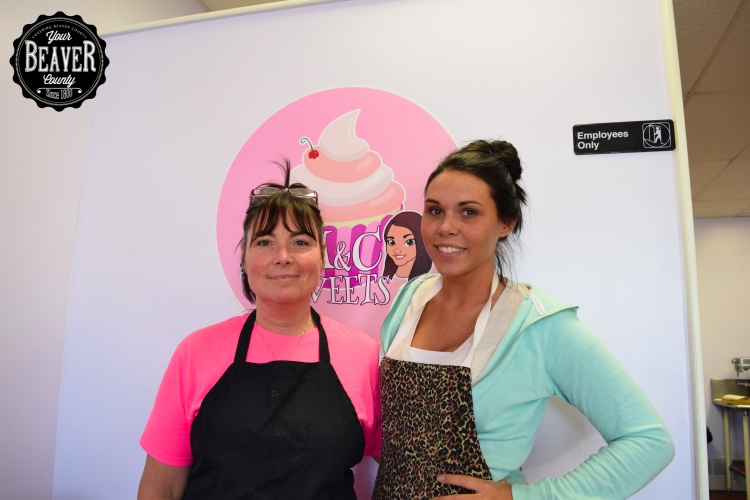 This is the one that really got to me. Out of all of the articles I wrote this year, this one was the hardest. I spent an entire week writing and rewriting, trying to find the right words to tell Mary and Chelsea’s story. I wanted to make sure it did justice to the struggles their family has been through, while still remaining optimistic about the future, much like they have.

I was scared when I sent an advance copy to Mary and Chelsea to make sure they approved. I was even more scared when the story went live. Then a funny thing happened: the article went absolutely crazy on Facebook and the traffic overloaded our server and shut down the site for a while.

At that time, we were averaging about 100-300 visitors per day. On the day that the M&C Sweets went live we had over 4,000 visits. This was one of the moments when I realized that Your Beaver County was going to be big, and it was an honor to share that moment with M&C Sweets.

3. The Top Five Restaurants I’ve Found Through Your Beaver County 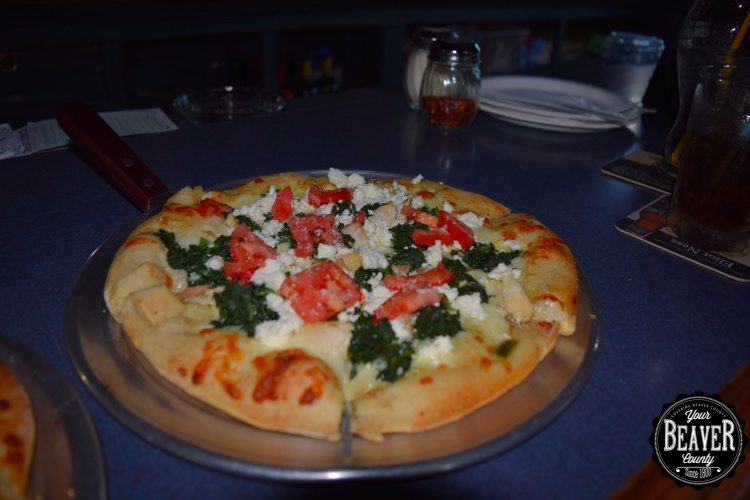 As you continue down this list, you will notice that I did not write the first and second most popular articles. That has been a bit of a sticking point for me these last few weeks. There is a kind of unspoken, unacknowledged competition among all of us who write for the site to be the writer with the best traffic numbers.

After the following two articles went absolutely bananas driving a ton of traffic to the site, I wanted to see if I couldn’t knock Marc and Corey off their pedestal and write the most popular post on Your Beaver County.

I pulled out all the stops on this one, and I’m proud to say that my personal list of the best restaurants I have found since starting the site had more traffic on its first day than any other article has had to this point. Had it come out a little bit earlier in the year, I think it might have had a chance to overtake the first and second place articles in total pageviews. 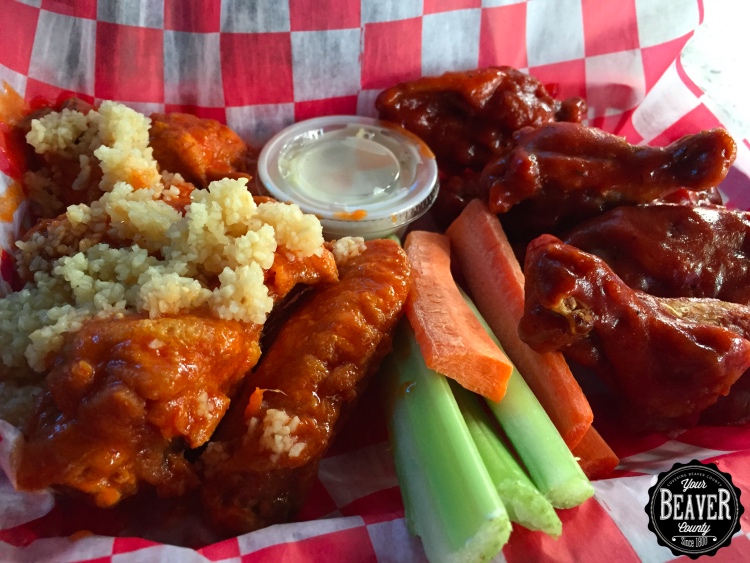 Knowing how popular wings are in Beaver County, we knew that the article listing the top five wing places in Beaver County was going to be a big hit. We just didn’t know exactly how big. For the most part, everyone seemed to agree with most of Marc’s list. What has been interesting is the way that the comments section has become a collection of honorable mentions that is probably the most complete guide to chicken wings in Beaver County.

Like each of the top four articles, this article set the one-day traffic record on the day it was published. Marc and I must have exchanged 100 texts that day updating each other on the traffic numbers, Facebook shares, and all of the comments. This was another one of those moments where I realized that this site was becoming something really special. 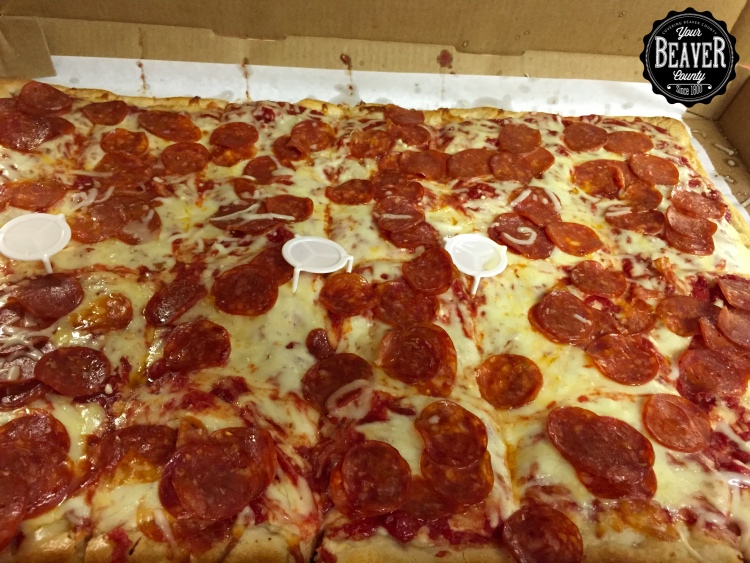 This was the first article from our new guy, Corey, and he set the bar pretty high for himself with this one.

As he said in the article, it is basically impossible to pick only five pizza places in Beaver County. There are so many great pizza choices and depending on what style you like best, you almost certainly disagreed with Corey on some aspect of his list. I sure did. (I love Vesuvios, D&G, and Center Pizza.)

Much like what happened with wings and salads, the comments section of this article is now filled with even more great pizza options. If you are looking for a place to order from for your party tonight, there are plenty there to pick from!

I had originally scheduled the pizza post to go live the day after Christmas, but at the last minute I switched it to Christmas Eve so that people could debate the issue with their families over the holiday. I’ve since heard more than a few people say that is exactly what happened. One more overwhelming moment where I realized that this site has become part of our Beaver County culture.

What started out earlier this year as a fun side project has grown into something much bigger than I ever expected. It has been an absolute honor to write and publish these articles highlighting all of the best things our community has to offer, and everyone here at Your Beaver County can’t wait to see where 2015 takes us!

Have a very Happy New Year!

What was your favorite post that we published in 2014?

Andrew Selby
Andrew is a professional freelance writer and lifelong resident of Beaver County. He created Your Beaver County to promote and showcase all of the positive aspects of our incredible local culture! You can find more of Andrew’s professional information at Brooklyn Content, or you can also follow him on his personal twitter account, @theAndrewSelby.
 Share this article:  Facebook  Twitter
Places to Work Out in Beaver County January 1, 2015 By Marc Grandinetti
0
Comments
10 of Our Favorite New Businesses in Beaver County in 2014 December 30, 2014 By Brian Meyer
0
Comments