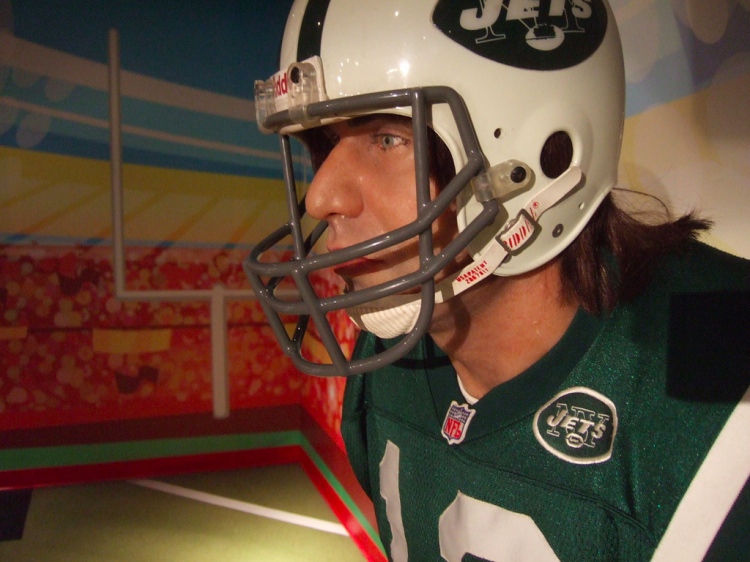 After starring at Rochester High School, Babe Parilli became the first University of Kentucky football player to earn All American honors (1950-1951) during the regime of Coach Bear Bryant. Babe led Kentucky teams to victories in the Sugar Bowl and Cotton Bowl and won the MVP award in the 1952 College All Star Game.

He was the first draft pick of the Green Bay Packers in 1952 and played two seasons for them before going to the Army. While in the service, Babe was traded to the Cleveland Browns. In 1957, he went back to Green Bay and in 1959 to Ottawa of the Canadian Football League. Babe finished his playing career in 1969 after two seasons with the New York Jets as a backup quarterback for Joe Namath. He joined the Steelers’ coaching staff the next season.

Mark Vlasic was a standout on the gridiron at Center High School: in football he was named conference MVP, All-WPIAL, East Coast Elite Eleven All Star, and Big 33 All-Star. Offered a full ride to the University of Iowa, Mark played on five bowl teams with the Hawkeyes, including a redshirt year.

He served as backup to All-American Chuck Long until his senior year, when he led the nation in passing efficiency until an injury in the third game of the season. He didn’t return to the lineup until the third quarter of Michigan game, trailing 14-0. Mark then threw for 200 yards and led the Hawkeyes to a comeback win. Mark finished the season strong, being named Holiday Bowl MVP, All- Big Ten, and All-Academic Big Ten.

Mark was the San Diego Chargers fourth round draft pick in 1987, but his professional career was hampered by injuries. He started six games in 1988 before a knee injury finished him for that year and 1989 as well but he played the 1990 season as starting quarterback for the Chargers. Mark signed with the Kansas City Chiefs in 1991 as a free agent and was with the team for three years, but injuries again prevented him from establishing himself. He signed with the Tampa Bay Buccaneers in 1994 and retired after the season.

Weaver was a second team all-state player while at Blackhawk and played in the Big 33 game. Weaver was a four-year starter at quarterback at the University of Illinois, finishing as the seventh-best passer in school history. Weaver was the ABC Player of the Game against Michigan in 1994, and in 1996 he was named the recipient of the George Huff Scholar-Athlete Award at Illinois.

Kevin played two seasons under Beaver Falls Tigers coach Larry Bruno. In high school, Kevin was named first team All-Conference three times, All-WPIAL and All-State twice, and High School All-American as a senior in 1974. He finished his scholastic career as Beaver County’s all-time leader in passing yards (3,515) and touchdown passes (33) and was the first Beaver County sophomore to pass for more than 1,000 yards in a season and the first sophomore to lead the county in touchdown passes (13).

Kevin completed 62 percent of his high school passes (67 percent as a senior). Kevin started as Arkansas Razorbacks quarterback his senior season and earned Southwest Conference MVP honors by leading Arkansas to a 10-2 record, a No 6 ranking, and a Sugar Bowl berth against the eventual national champion Alabama. Kevin set the Arkansas single season pass accuracy record as a senior (66.2 percent), was named the Razorbacks MVP, and played in the Japan Bowl All Star Game. At the Razorbacks postseason banquet, Lou Holtz referred to Kevin as “the best quarterback I ever coached.”

Who did we miss? Add your honorable mentions in the comments below!