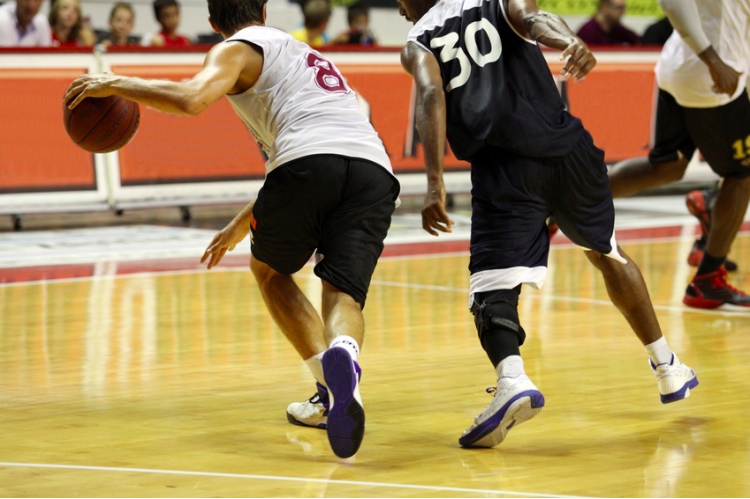 This is another article we published a little while back. High basketball season kicked off last weekend around the WPIAL and PIAA. Since we published this article, I don’t think much has changed.

As a way to kick off the season, I’ve compiled my list of the top five high school basketball teams in Beaver County history. The only requirement to make this list is that you had to win your last game of the season: the state championship.

All sports fans in Beaver County love to debate the all-time greats, so here we go:

The 1989 Quips were led by legendary head coach Red McNie. The Quips were loaded with athletes, including their stars Sean Gilbert and Myron Walker. Walker would go on to become the all-time leading scorer at Robert Morris.

With Beaver Falls, there are a couple teams who could have ended up on this list, in particular Doug Biega’s 2005 state title team who defeated York Catholic in the finale. But the nod here goes to Frank Chan’s ’70 group led by Oscar Jackson, who went on to play at Duquesne.

Jackson, who was named all-American, had a supporting cast that included Al Hmiel, who went on to play at Cincinnati, Dennis Kopka, Gary Goosby, and Kenny Wagner. One of their signature wins on the season was a victory over Schenley, who had the likes of Maurice Lucas and Ricky Coleman.

The Tigers defeated Ambridge to win the WPIAL title, then went out to beat Haverford in the PIAA championship.

There are a few Blackhawk teams coached by John Miller that could have ended up on this list, but the ’92 team stands out among the greats. This team was flat out loaded, and they were coached by the one of the best ever in the state of Pennsylvania.

The star of stars on this team was swingman Dante Calabria, who the following year would win a national championship at the University of North Carolina. Also in their starting rotation was Kim Niedbala, Hal Koenemund, Ken Newman and Andy Gray.

They averaged 91 points per game for the season. Their only loss came in the first game of the season to Baltimore’s Dunbar High, a national powerhouse at the time.

The Cougars finished the season 32-1. They rolled through the WPIAL and PIAA playoffs, capturing the WPIAL championship over Ty Law and the Quips, then blowing out Strath Haven, 71-55 to cut the nets down in Hershey.

Again, the 27-0, ’67 Bridgers are still talked about today as the standard in high school basketball. They started three future D-I players in Dennis Wuycik (North Carolina), Dick DeVenzio (Duke), and center Frank Kaufman (Purdue), along with Walt Ostrowski who also went on to play in college.

The 5th starter was Phil DePasquale. DeVenzio’s dad, Chuck, was the coach that led these Bridgers to the state championship, where they dismantled Chester, 93-61.

The ’65 Leopards and ’67 Bridgers will always be revered as the two greatest teams in Beaver County history. If there was a basketball Mount Rushmore, they would be on it.

The ’65 Leopards featured two future NBA’ers in big man Simi Hill, who went on to play for the Spurs, and point guard Norm Van Lier, who played for the Bulls. Their supporting cast was nearly as good. In the state championship, they defeated Steelton-Highspire, 90-61. Midland finished the season 28-0.

Class A or class AAAA, the Lincoln Park Leopards had as much talent in their rotation as arguably any team to lace it up in the last 20 years, if not in County history. They capped off their 30-1 campaign with a 70-66 win over Philly’s Math, Civics and Science Charter in the class A state title game.

The Leopards featured three future Division I players, with forwards Elijah Minnie at Easter Michigan and Ryan Skovranko playing at West Chester University, Maverick Rowan is starring at North Carolina State, and Antonio Kellem is currently starting at Shippensburg. The last remaining starter from that team, Nelly Cummings, has committed to Bowling Green University and will have a good chance at scoring 2,000 points this season for his career.

Their only blemish on the season came at the hands of class AAAA state champ New Castle, a single digit loss at the C.J. Betters Christmas tournament.

Hear me out. I am in no way discounting what those great teams did. When you watch film of those games from 40 and 50 years ago, you don’t see the up-tempo, aggressive style of play as you see in today’s game. Simply put, the game has changed remarkably since the 1960’s. This is a classic old-school vs. new-school debate.

If ’67 Ambridge played ’92 Blackhawk, who would stop Dante Calabria and Blackhawk’s up tempo, run and gun style? On the other hand, would Blackhawk have an answer for future North Carolina star Dennis Wuycik and future Duke star Dick DeVenzio? It’s a debate that will linger forever, but if the ’67 Bridgers were to play the ’92 Cougars, my money would be on Blackhawk.

Would anyone from the ’65 Midland team be able to stop Maverick Rowan? On the other hand, could Simi Hill or Norm Van Lier ever be contained? Debate me. Argue me. Call me a liar. It’s a fun conversation to have as we tip off the hoops season.