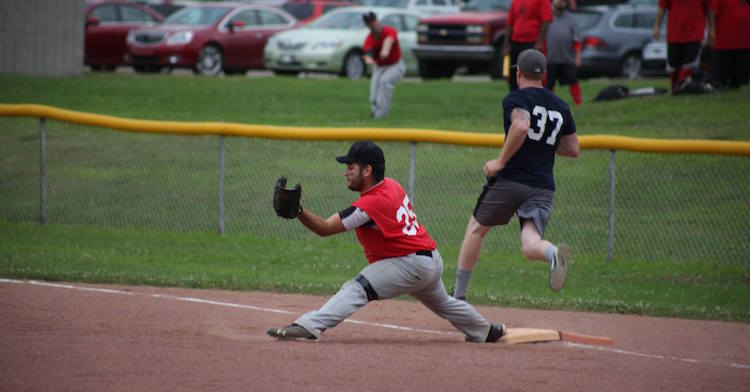 One of baseball’s greatest hitters and Hall of Famer Rogers Hornsby once said, “People ask me what I do in the winter when there is no baseball. I’ll tell you what I do. I stare out the window and wait for spring.”

While I love all the seasons, I have to agree with Hornsby. There comes a point when I yearn for the sounds of spring. And I don’t just mean the sounds of drizzling rain on the window, birds chirping at morning light, or voices of kids playing outside. I’m talking about the sounds of bat on ball, ball on glove and cleats on dirt. The sounds of softball.

Beaver County has a rich tradition of softball. From youth community leagues, to high school and college teams, to adult leagues, people from all walks of life have been coming together on the diamond in our county for years.

Back in the 1980s, there was estimated to be at least 20 leagues throughout the county – most of them all men’s; a handful all women’s. While the numbers aren’t as high now, come warm weather it is hard to find a night when softball isn’t being played on the fields at Brady’s Run Park.

The Men’s League has eight teams and plays Monday through Thursday evenings at Brady’s Run.

BCCSL, while not considered “co-ed,” still has many women that play on each team. The only requirement for the league is that your team is affiliated with a local church. There are approximately 10 teams in this league that play on weeknights and Saturdays at Brady’s Run.

To be considered a co-ed league, there has to be an even number of men and women on the field and in the batting lineup. BCUCSL currently plays in both the summer and fall, with 21 teams and 14 teams, respectively. Their games are played throughout the day on Sundays.

BCUCSL is the only league that plays in the fall as well as spring/summer. Softball season in Beaver County generally starts the first week of May and runs through the end of August.

Each league within Beaver County has its own set of rules and bylaws which are agreed upon by a board of directors and team managers. And while each league may have specific rules in place for safety and fair play, the standard rules of the game are the same used by the Amateur Softball Association of America (ASA).

While each league has it’s own level of competitiveness, softball is generally a game that can be enjoyed by many – men and women, young and old, rookie or veteran. Dave Carter, who plays in both the Men’s League and the BCCSL, finds that while the distribution of talent isn’t always equal among teams, everyone plays competitively.

“Sports are ingrained into our brains from an early age. Our heroes do things we can only dream of on the field, and we play sports to try to emulate those men and women. Being on a team is a great way to make friends, increase your health, and learn about personal conduct in stressful situations. After college, I missed organized sports dearly, and softball filled that void admirably,” said Carter who has been playing softball in and around the county for more than a decade.

Liz DePietro, whose been playing softball nearly her whole life, agrees, “I started playing when I was 6 years old because my brothers played baseball. I love that I am still able to play the game now as an adult – both in the co-ed league and the church league. It’s a great way to stay active and be a part of a team.”

There may be some time left to join one of the summer leagues in the county (see the contacts for each league below), but if you would like to get your cleats dirty for just a weekend there is an opportunity through the Lifesteps Batter Up! Co-ed Softball Tournament.

Each year, Lifesteps hosts a weekend, double elimination style tournament at Brady’s Run Park. There are two divisions – competitive and recreational. Each team must be co-ed and consist of at least 10 players (18 yrs and older.) League teams, corporate-sponsored teams and even groups of individuals are encouraged to register. And speaking of registration, the forms are currently on Lifesteps website (lifesteps.net). Lifesteps helps individuals and families in the county with life’s changing needs by providing programs and services to improve the quality of life.

Oil up your mitt, stretch out that arm, and break in your cleats…softball season is coming and you need to be ready. After all, what else is there to do between May and August besides play ball?

Lauren Walker
Lauren Walker was born and raised in Pittsburgh and became a resident of Beaver County through marriage. She now lives in Beaver with her husband, three kids and little dog. She is an optimistic Pirates fan, decent church softball player, and digs an organized closet.
 Share this article:  Facebook  Twitter
Like a Horror Story March 14, 2016 By Erin Ninehouser
0
Comments
The Glorious Symbol: The Meaning of the Cross March 13, 2016 By Pastor Tom Stein
0
Comments