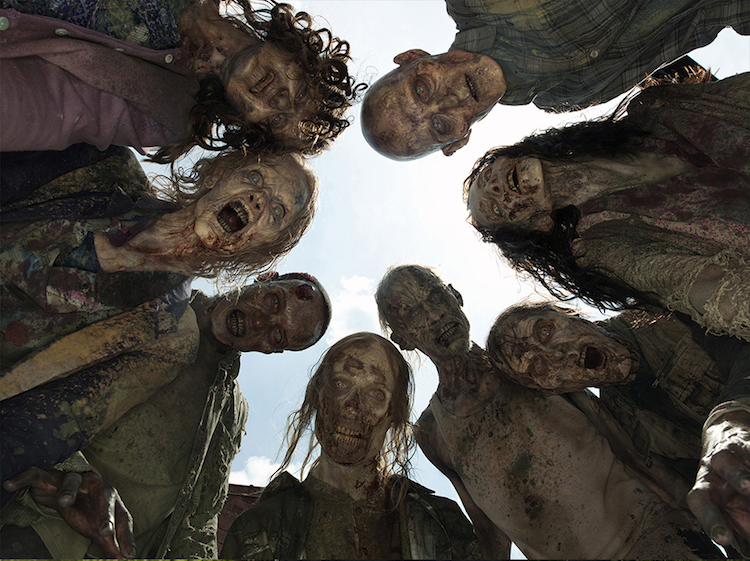 Spoiler Alert: If you are not completely caught up to and including (Season 5 – Episode 15 “Try”) then don’t read any further.

For some folks this means absolutely nothing. But for all of the Dead Heads out there, it means an extra 30 minutes of the #1 show on television. Will the group stay in Alexandria? Has Rick lost his mind once again? And more importantly, where is Morgan?

My wife pledges to abandon the show if they kill off Darryl Dixon, and I felt the same way when Hershel Greene was decapitated at the hands of the Governor. Regardless of which direction the show goes, I’ll be tuned in at 9 pm on Sunday, welcoming the season finale with open arms.

Why a Zombie Apocalypse?

If you’re not a fan of post-apocalyptic story writing, then you probably won’t be too interested in The Walking Dead, or anything it has to offer. Personally, I’ve been a fan since I binge watched the first 2 seasons in preparation for the season 3 premiere.

It’s a release from the everyday grind. For 60 minutes on Sunday night I’m with Carol, Daryl, Michonne and Rick surviving the zombie apocalypse.

The Walking Dead series is based on the popular comic books of the same name by Robert Kirkman, Tony Moore, and Charlie Adlard. The show was developed by established Hollywood director Frank Darabont, and has been well received by critics and fans since the beginning. 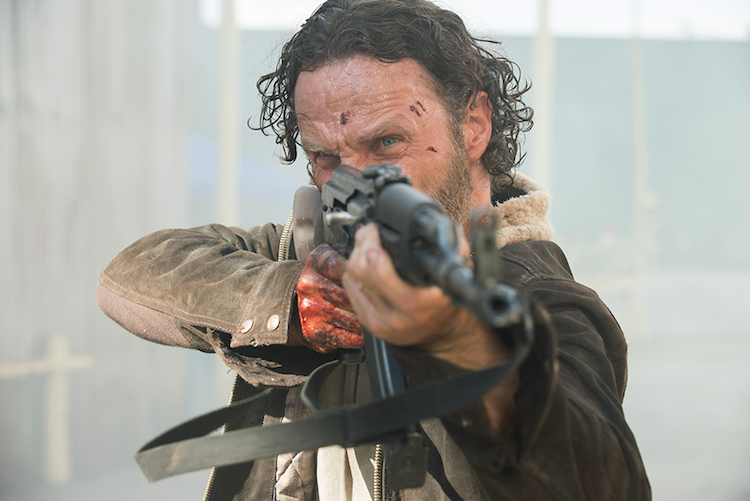 The series is set in a post-apocalyptic world that has been overrun by flesh eating zombies, where a group of survivors led by a deputy sheriff Rick Grimes are faced with every nightmarish scenario imaginable.

On their journey, as if the idea of a zombie apocalypse wasn’t horrific enough, they’ve been faced with total loss and heartbreak at the Farm and at the Prison. Then there’s the optimistic safe-haven Terminus that turned out to be the ultimate wolf in sheep’s clothing.

On October 12, 2014, the season 5 premiere opened to 17.29 million viewers, and I know I wasn’t the only one blown away by the jaw-dropping opening scene.

As the seasons progress, what we’ve learned more than anything is that the living are a much bigger threat than the dead. It’s a show where more than once we’ve asked ourselves, “Did that really happen?” 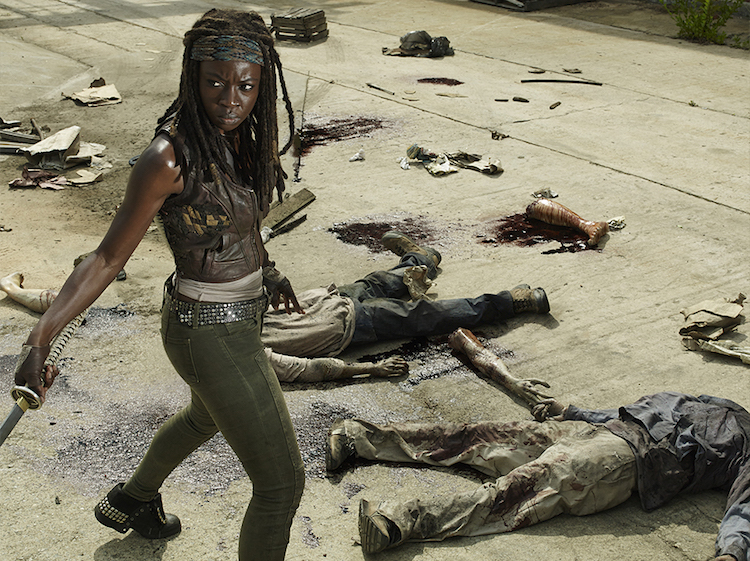 The birthplace of the zombie apocalypse is right here in Western Pennsylvania. Without George A. Romero’s (1968) Night of the Living Dead, who knows where we would be.

I’ve been a fan of the movement and a member of its cultural phenomenon since I first laid eyes on George A. Romero’s Dawn of the Dead (1978 original) when I was about 13 years old. I’ve seen it all, from the low-budget independent films to the blockbusters like 28 Days Later and World War Z.

I was curious to see how others would sound off. So I sat down with some locals and asked them 10 questions on how they felt about The Walking Dead and the growing popularity of the zombie apocalypse. What would you do? Would you survive? 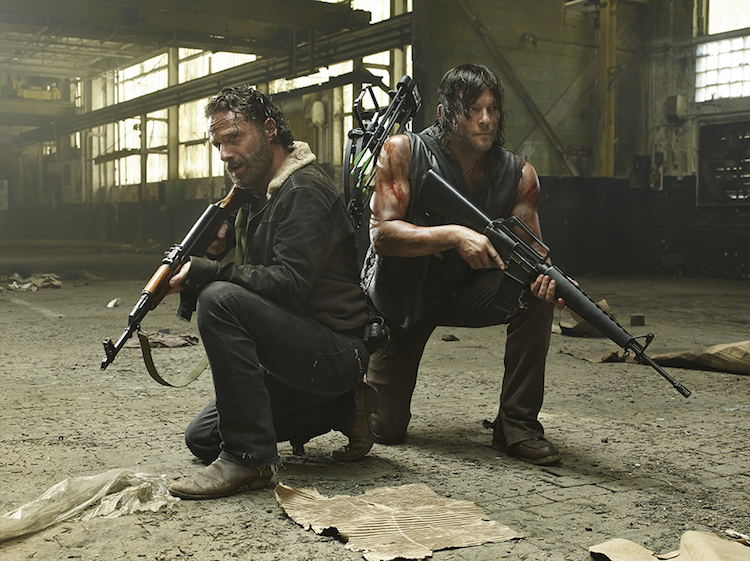 Who is your favorite character on The Walking Dead, past or present, and why?

Shane, because he had what it took to survive. The only problem is he was way ahead of the curve.” – Dan from Robinson Twp.

What character who is no longer with us do you miss the most, and why?

Definitely Hershel. He was the best. He taught the group so much about keeping the faith and why everything was still worth fighting for.” – Brandy from Aliquippa

If you were in charge of the group, would you do anything different from Rick Grimes?

No way! Rick Grimes for President.” – Larry from Freedom

In a zombie apocalypse, where would you go to stay safe?

Anywhere but Wal-Mart.” – Kevin from Monaca

In a zombie apocalypse, you have time to grab 3 things for the road, what do you grab?

I would  definitely grab a weapon, some water, and a family photo.” – Chris from Brighton Twp. 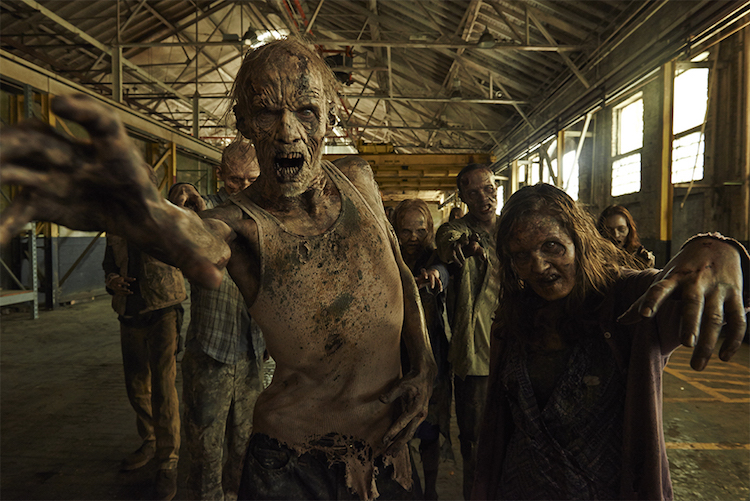 What would you miss the most from today’s world that you wouldn’t have in the new world?

Be honest, have you ever caught yourself imaging what it would be like in a zombie apocalypse?

Every day, next question?” – Dan from Robinson Twp.

What famous person would you want with you during the zombie apocalypse, and why?

Danny Devito, because he is crazy and really funny on the show It’s Always Sunny in Philadelphia. I can picture us going on supply runs and coming back with a box of red wine. We would drink it out of empty coke cans and make fun of the other survivors.” – Aaron from Pittsburgh

What famous person would you love to see as a zombie, and why?

Brian Williams from NBC nightly news, so I can cut his tongue out and stop all of his lies. Man, I loved him on that show.” – Audrey from Aliquippa

What famous person would you be terrified to see as zombie, and why?

Mike Tyson, for the obvious reasons.” – Rob from Imperial 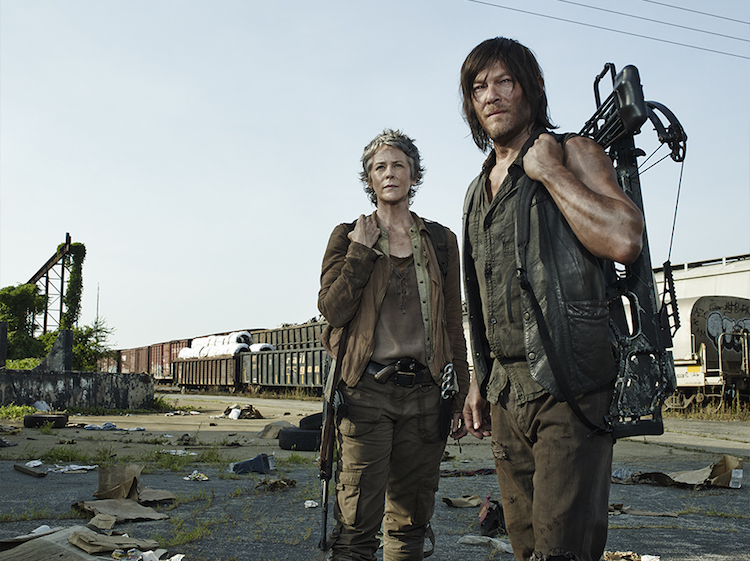 The Walking Dead season 5 finale is sure to take us for an awkward, heart-pounding, full-throttle 90 minute car ride. And when it’s all over, the creators will slam on the brakes and tell us politely to get out!

Sadly we’ll have to wait until October of this year to pick up with season 6. The real question is, what character won’t be joining us next season?

Corey Allinder
A lifelong resident of Beaver County – with a taste for good food and delicious craft beer. He has a special place in his heart for all of the neglected and mistreated dogs in the world. Corey spends all of his free time enjoying the outdoors with his wife, daughter, and locally famous Boston Terrier – who can be found here on Instagram.
 Share this article:  Facebook  Twitter
Joyce C. Dotson, West Mayfield March 29, 2015 By In Memory
0
Comments
Marjorie Bray Wanicheck, Brighton Twp. March 29, 2015 By In Memory
0
Comments