The Bobcat Players Take On “Moonlight and Magnolias”

Who doesn’t love a good play? They’re entertaining, support local actors, and best of all, they’re really fun! Where else can you see actors and actresses giving it their all right there in front of you without a movie screen to get in the way. A well-performed play is a thing of beauty and while a play can be funny, sad, or dramatic, I tend to prefer ones that lean towards the comedy side of the scale.

This is why when I heard that our local Bobcat Players located right here in Beaver were doing the play Moonlight and Magnolias by Ron Hutchinson I felt I had to write about it. The play is a semi-historical piece focused around the release of a fairly popular movie: Gone With the Wind. The play is all about the story behind the screenplay and what went on behind the scenes to get the movie going.

This show is the first Bobcat Players show that longtime director Joline Atkins will be at the helm of. Joline has been directing shows since 1992, starting out in the Chicago area. In the 20 years she resided there she also acted and provided acting coaching and teaching services for young performers in the area.

Founded in 2002, the Bobcat Players put on four shows each year, one each in spring, summer, and fall as well as one special show sometime in the year. You can see all of the shows put on by the Players right here in Beaver at the Ed Shaughency Theater located at Beaver Area High School.

The Bobcat Players are comprised of 20-40 active actors, directors, board members, and support staff. As president, Keith helps to keep things running smoothly for the Bobcat Players and as such, he helps out with just about every aspect, making sure every show goes off without a hitch. Keith started with the Players their inaugural year in 2002 and became president in 2007. 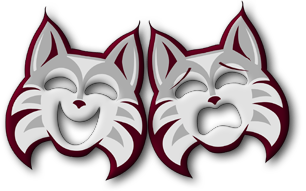 The most recent show being put on by the Players is a semi-historical piece set in 1939 Hollywood. The play is centered around the film adaptation of Gone with the Wind and the troubles the original screenplay had. Using some comedy and an all-interior set, the play is fast-paced and very entertaining.

Here’s a quick synopsis of the story from Dramatists.com:

1939 Hollywood is abuzz. Legendary producer David O. Selznick has shut down production of his new epic, Gone with the Wind, a film adaptation of Margaret Mitchell’s novel. The screenplay, you see, just doesn’t work. So what’s an all-powerful movie mogul to do? While fending off the film’s stars, gossip columnists and his own father-in-law, Selznick sends a car for famed screenwriter Ben Hecht and pulls formidable director Victor Fleming from the set of The Wizard of Oz. Summoning both to his office, he locks the doors, closes the shades, and on a diet of bananas and peanuts, the three men labor over five days to fashion a screenplay that will become the blueprint for one of the most successful and beloved films of all time.”

Moonlight and Magnolias debuts on July 24th and runs the following dates:

All shows start at 7:30 PM, and doors open 45 minutes prior to curtain. Tickets may be purchased at the Hostess Shoppe, Beaver or reserved for pickup at the door by calling 724-494-1680. All Tickets $8, open seating. As with every Bobcat Players show, Moonlight and Magnolias will be held at the Ed Schaughency Theater, Beaver Area High School. More information can be found at BobcatPlayers.com.

Brian Meyer
Brian is a nut when it comes to all things local, especially beer. Born and raised in Center, he now resides in Beaver, loving every minute of it. A technology nut and freelance writer extraordinaire, he knows all the secret spots and things to do in the Beav.
 Share this article:  Facebook  Twitter
My Life is a Joke July 23, 2015 By Larissa Carl
0
Comments
Keystone Drilling Company in Beaver Falls July 23, 2015 By YBC
0
Comments