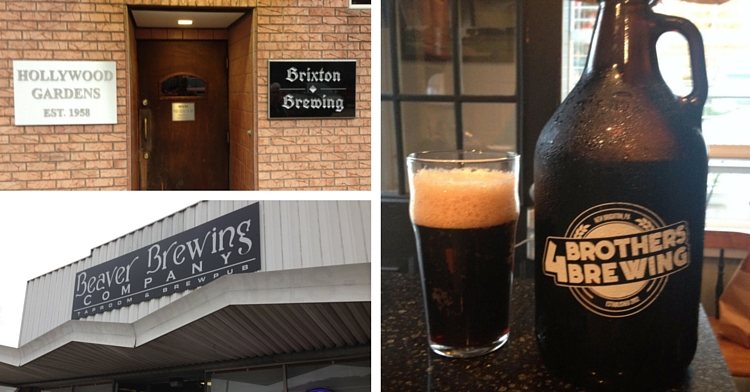 I have had the pleasure of visiting all three, on a few separate occasions, so that I was able to, uh, “gather important article information.”

Yeah, that’s it. For research… 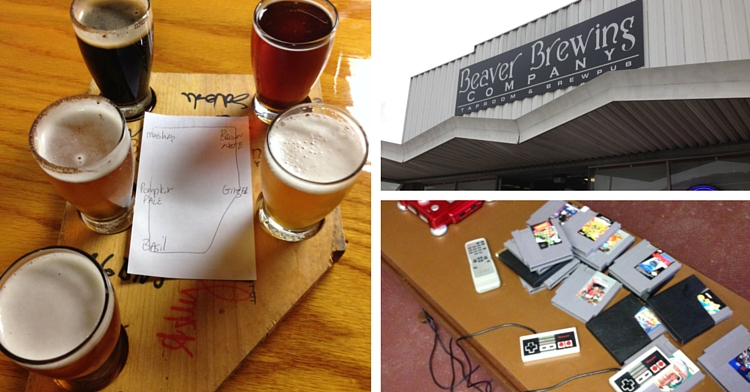 Dan is the owner and operator of this brewery, and he is one smart dude when it comes to beer. I had the pleasure of meeting him a few years back when the brewery was just in its infancy. He had a location in Patterson then, and it was a pretty small operation. Since then, he has grown into the current location on 7th Avenue in Beaver Falls, which is conveniently right next door to D&G Pizza.

This is considered a nano-brewery. That means that every single beer that they have has been 100% hand crafted. When I stopped here for the first time, I ordered a sampler of five different beers.

Now, please let me preface my beer descriptive by saying I am NOT a beer expert, but just a pretty cool lady that enjoys a cold adult beverage on the weekends. Oh, wait. A pretty cool young lady. (And now I suspect there will be an editor’s note!)

Anyway, Dan serves his samplers on a wooden board in the shape of Beaver County. How cool is that?! I was able to try out the Mashing Pumpkin, Pumpkin Pale Ale, Basil, Brown Note, and Ginger.

Both of the pumpkins were served with a cinnamon sugar rimmed glass and it gave them both a really great flavor add-on.

Basil was one that I had heard so much about, but had yet to try it. Dan was telling me that depending on the basil he uses, the flavor can range from really strong to pretty mild. I had a mild batch and the basil was just a hint. It was really, really good though and I would love to try it when it has a stronger basil taste. Beer made with a pound of basil – who would’ve thunk it?!

Next up, Brown Note. This was a nice one that tasted to me like a traditional English brown.

Finally, Ginger. This was the last one that I tasted and I’m not going to lie, I forget exactly how much ginger Dan said goes into brewing it…but it was a lot. You must like ginger for this one! Again, you won’t find anything like this anywhere else!

On this particular visit, we ended up getting a few bottles of the Mashing Pumpkin to bring home. It was my favorite! Very dark and very flavorful!

When I was there, the word was out about Pecan Pie day. No, not actual pie…but Pecan Pie beer. Oh yes. This is a thing, folks. This came out on Thanksgiving Eve, and the growler didn’t last too long in the Beaverhausen house.

Beaver Brewing has a cool bar area in the back of the space with some cool albums on the wall. They also have a Ninetendo set up as soon as you walk in and a few pinball machines. A very cool spot! While Dan occasionally has a special, they do not have a kitchen but you are more than welcome to bring in food. Did I mention D&G was right next door?! 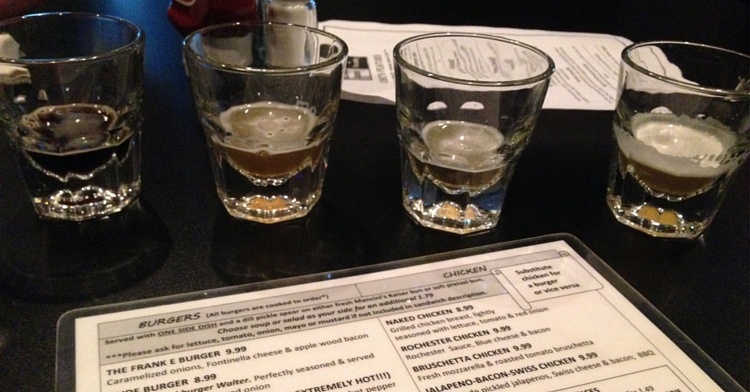 Second stop on the BC Brewery was Brixton Brewing, which is part of Hollywood Gardens. YBC has mentioned The Hollywood quite a few times in articles, including best burger and for their outdoor seating. Brixton Brewing is the new venture that they have.

Including their regular rotation of drafts, now they also carry their own beer. On the night that we stopped, I was too early to try the pumpkin, which really made me sad because I have heard very good things about it! But I did try what they had on tap!

It seems that Brixton names their beers after people we all know. They had Stewart, Robbie and James.

Robbie was my favorite beer and he was described perfectly. “Persistent, charming and mildly neurotic, Rob is a friend who will call you at one in the morning from a pay phone, in the pouring rain, from the sidewalk just outside your window, letting you know he’s finished that Marvin Gaye compilation tape.” You know Robbie, amiright?!

Anyway, this was an IPA and it was great! Stewart was a Session IPA and James was an Oatmeal Stout. All three were very good and were more of a traditional take on beer than what we tried at Beaver Brewing.

The beauty of Brixton is that we were there on a Wednesday night, which turned into Chicken Thigh Night! For just $0.99 each, you can grab a fantastic meal of thighs in their own sauces as you wash it down with the Brixton of your choice.

Of course, they also have burgers on pretzel buns. I don’t think I need to elaborate that much further… 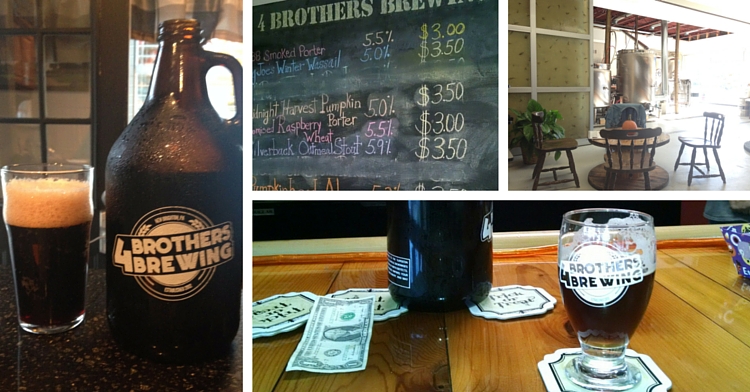 Aaand, finally, 4 Brothers Brewing. This brewery is located in New Brighton, right next to Eric’s Gourmet.

The brewery officially opened in September of this year and it looks great! They have huge brew tanks in the space, as well as a bar area and low tables. This brewery, like Beaver Brewing, does not have a kitchen – but, again, they are right next to Eric’s Gourmet, so that is not a problem.

The beers here were a mix of traditional and unique, including a porter, two different pumpkins and raspberry wheat. The first time I had anything from 4 Brothers, Grandpa Beaverhausen brought us a growler of their Midnight Harvest Pumpkin Porter. It was crazy good! Porters are our jam, and so are pumpkin beers, so this hit the spot!

When I was finally able to get to the brewery, I only tried two – The 1838 Smoked Porter and Big Joe’s Winter Wassail. What is Winter Wassail you ask?? Well, imagine the holidays in liquid form, then add beer. That is going to be my next growler fill, for sure!

Hopefully you can make it to one of these spots real soon to try some tasty Beaver Beverages! If you have tried them, which is your favorite?!

Anastastia Beaverhausen
Anastasia Beaverhausen is a married, stay-at-home mom of three kids. She was born, raised and still lives in downtown Beaver. Her main goals in life are making sure everyone lives through the week, the house doesn’t end up condemned, and teaching two (so far) small people how to “people” properly. In her free time, Ana enjoys running, knitting and gardening, although free time is a pretty tough thing to come by these days. Follow her on twiter @bcBeaverhausen!
 Share this article:  Facebook  Twitter
I Love the Captain December 6, 2016 By Amanda Bradley
0
Comments
Attention Parents: Fit Teen Fat Loss Contest Now Open! December 5, 2016 By Marc Grandinetti
0
Comments