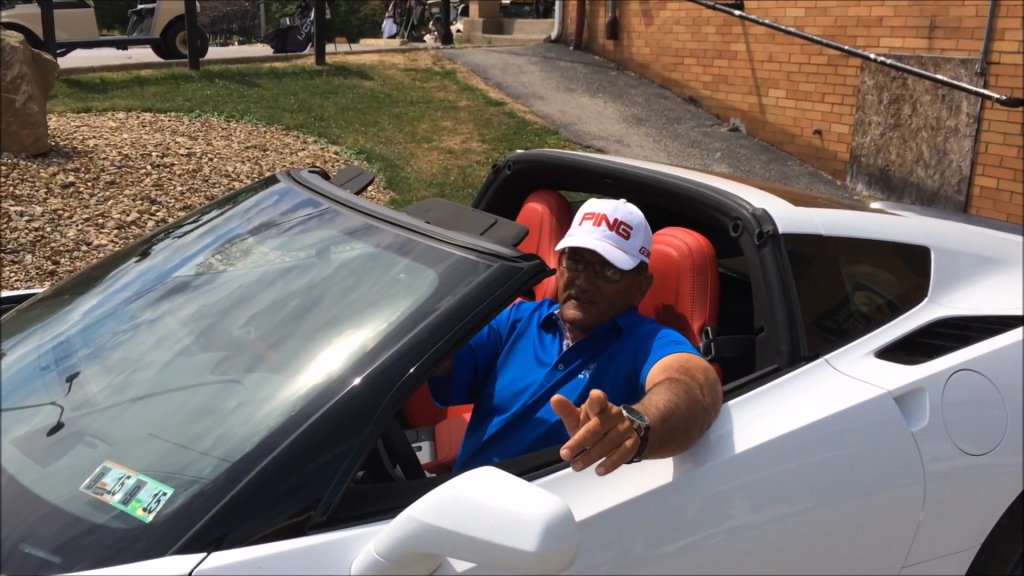 The article is a guest contribution from our good friend David James, but it is close to my heart as well.

Before his sudden passing this summer, I had spent almost a decade battling back and forth with Reggie Hammond in the annual Antony’s Fantasy Football League. I can honestly say that he was one of the most unique, creative, passionate, and caring people I have ever known, so I would be really happy to see this year’s Pasta Open be a big success. – Andy

Every year, the Black Hawk Golf Course sponsors a golf outing the first Saturday of November. This outing, called “The Pasta Open,” gives all proceeds to a local charity.

This year’s golf outing takes place on Saturday November 7th, 2015, with a 10 am shotgun start.

You Don’t Have to be Any Good

I am nowhere near a decent golfer. I am not even a terrible golfer. I am like Fulton Reed from the Mighty Ducks movie with 1 out of 5 shots possibly being successful. To sum it up, the best way to describe my skill level is I own a set of golf clubs. However, I love playing in these “scramble” golf tournaments like the Pasta Open.

For those of you unfamiliar with the term scramble in golf, it means your team of four golfers all tee off from the same tee box, then the team decides which one ball to use. Next the entire team plays their second shot from the best ball spot they previously decided. This continues until the team sinks the putt and one score is recorded.

This game is great for a golfer (term used very loosely) like me who has a hard time stringing multiple good shots together. The scramble format also plays to certain golfers strengths. For example some golfers excel at using their driver, while others are better at chipping and putting. It also is a lot of fun and takes the pressure off knowing that even if your game is off that day, you will not be holding your team back because the team only plays the best ball and only records one score.

Reggie passed away unexpectedly in late August. He was a veteran of the United States Marine Corps having served during the Vietnam War. He also was a professional golfer and Director of the First Tee at Black Hawk Golf Course. During his 10 years with the First Tee program, he served over 2,500 local youths.

The First Tee is an international youth development organization introducing the game of golf and its inherent values to young people. Its mission is to impact the lives of young people by providing educational programs that build character, instill life-enhancing values and promote healthy choices through the game of golf.

I think it’s great that Black Hawk Golf Course chose to honor their recently departed colleague and to also support a great local charity that Reggie gave his time and passion to.

Get Your Foursome Registered

There are a limited number of spots still available for this year’s Pasta Open. If you have never played in a scramble golf tournament, or have played in one and can put together a foursome on November 7th, you should do it.  Not only are you supporting a great cause but it’s a blast.

For only $50 a person, your entry fee includes: green fees and cart fees for 18 holes of golf at an excellent golf course, pasta fagioli at the turn (after 9 holes), dinner, prizes, and plenty of homemade and domestic wines. To guarantee your foursome, your entry fees must be in by October 31st.

For more information and questions you can call the Black Hawk Golf Shop. 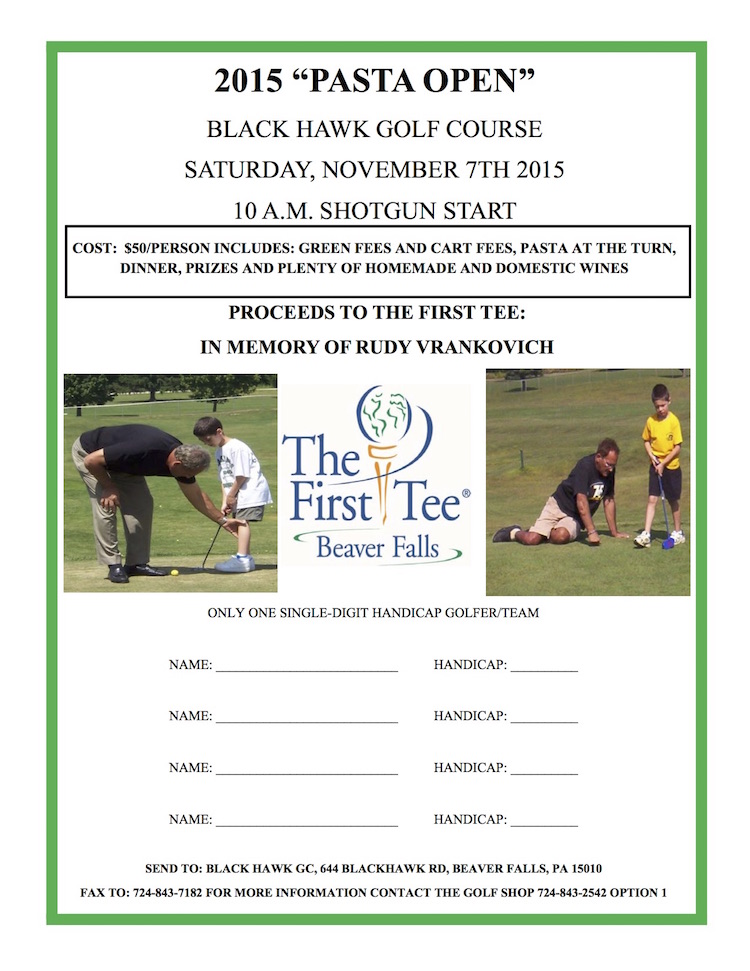