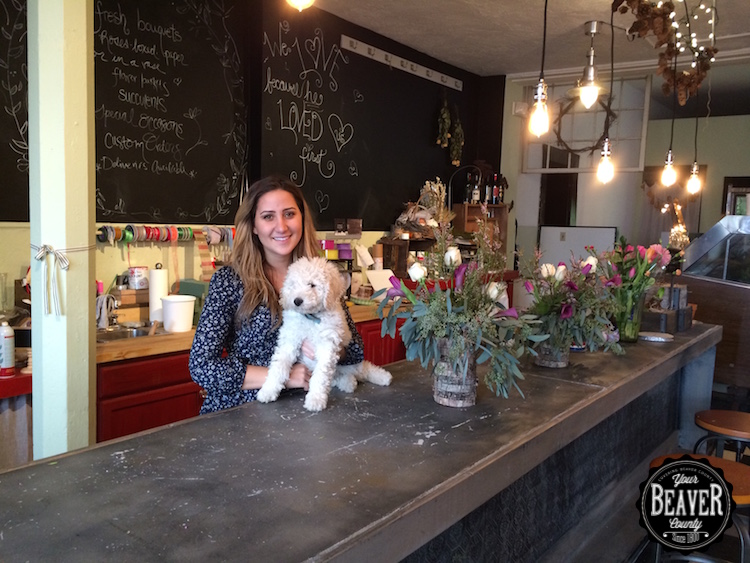 I’m not sure who created Pinterest, but if I had to guess, I’d say that the depths of their mind looks somewhat like Sydney Noll’s flower shop. When I walked into Stems By Syd last Saturday, the first thing out of my mouth was, “Your store looks like a real life Pinterest board!,” to which Sydney replied with, “Someone else just said that! They said that they feel like they’re walking in Pinterest!”

Sydney Noll didn’t grow up loving flowers, or actually ever working with them, but she was always creative and artistic. After graduating from Beaver High School in 2011, she enrolled in communications classes at Point Park University but quickly became bored.

She craved a creative outlet instead of papers and books, and often found herself skipping classes to work at her waitressing job instead. She was searching for something more, and after she went to a National Guard meeting in support of her brother, she started thinking about joining the Air Force Reserves as well.

But her brother didn’t take her seriously, and teased that she would never be able to make it in the military. So out of spite, she signed herself up the very next weekend. She spent nine months at basic training in San Antonio, Texas where she was assigned to a mechanical job doing heating and air conditioning type work, and she loved it! 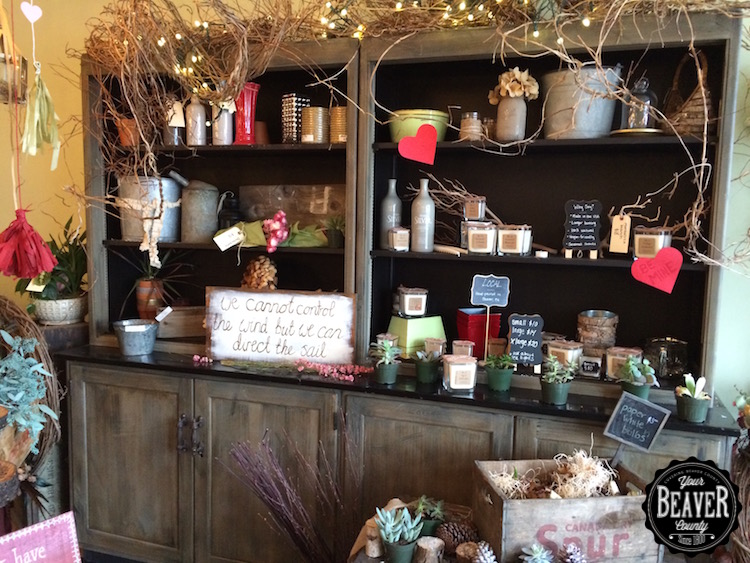 Syd knew she didn’t want to go back to school when she got home from basic training. And she knew she had to act to make change happen, so she started thinking about doing something where she could let her creativity out. She randomly took an online class on flowers and loved it, so she signed up for a couple more. Soon after, she saw a sign for a building for lease in Bridgewater.

This is what got her wheels turning, but she kept waitressing in the meantime to save money. She spent the next few months having fun with her friends, and upon the celebration of her 22nd birthday, Syd drove through Bridgewater again and saw the same “for lease” sign she had seen months earlier. But this time, she made the phone call. When she saw the space, a former lunch cafe, she knew it was a done deal. She says everything fell into place from there.

Stems by Syd is Born

She already had the perfect name for a flower shop: Stems by Syd. And since a flower shop this was going to be, she didn’t even need to remove the long bar-like counter top or deli coolers in the back of the shop; the deli counter is where she would piece together her arrangements and the coolers are where she would store them.

With the help of some family and friends, Syd repainted the walls and repainted the furniture from an old storage unit. She used wine bottles, lights, designs of her own, and many other decorations for filler, giving the shop a chic, rustic feel. cue the Pinterest boards 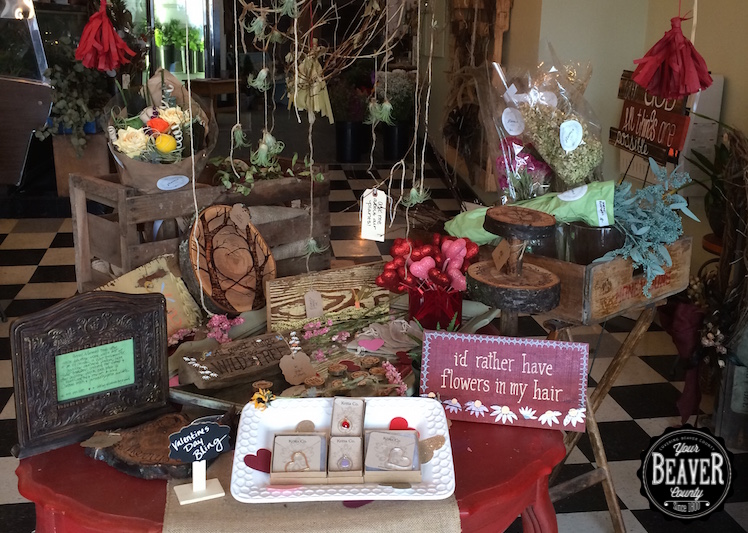 Early every morning, Syd makes a trip down to the strip district to get fresh flowers for the day. Even though some distributors deliver, she likes to go to the warehouse and pick out the flowers herself to make sure that they are of the best quality available. Orders can vary from three a week to 20 in a day, so she picks up flowers as orders come through.

Syd’s flower arrangements aren’t your traditional dozen roses in a glass vase with some greens and baby’s breath. Her arrangements are unique and distinct, and they come in vases of all kinds ranging from wooden boxes to baskets to mason jars.

While she does do traditional pieces, she prefers to create the arrangements herself. This is the reason why she doesn’t do online ordering or keep many flowers in stock. She buys her supplies as she sees fit and when she has a vision, she brings it to life.

Syd told me she loves to make things up as she goes, even if that means redoing an arrangement four or five times. She knows it’s her name on everything that goes out the front door, so she will do whatever it takes until she deems her work perfect. This doesn’t come as much of a surprise, but people have had a really good response to this technique and so far, she has gotten nothing but positive reviews from customers.

What started off as simply a flower shop is now turning into a flower shop slash boutique. Just after Syd opened Stems, she realized people really wanted to buy things. She realized this when a woman offered to buy an old chair she had just repainted and was using for decoration.

She sold it to her, and to replace the chair, Syd took leftover roses from old orders and strung them upside down on a coat rack to dry out, and someone offered her money for that too. Now she sells dried flowers in store. Syd sells her friends’ hand-made items such as candles, jewelry, woodcarvings, and greeting cards in her shop as well.

She says she could have never predicted she was going to sell stuff like that, but people love it. With the store constantly evolving, collecting cool people that make cool things to sell her in flower shop is something she really enjoys.

Stems has only been open since October of last year and due to its screaming success, Syd already has plans to expand. She wants to turn her back room into a party room and hold classes in the evenings. Of course she wants to hold flower arrangement making classes, but she also wants to feature the items sold in her shop by holding candle pouring, jewelry, and wood burning parties as well. 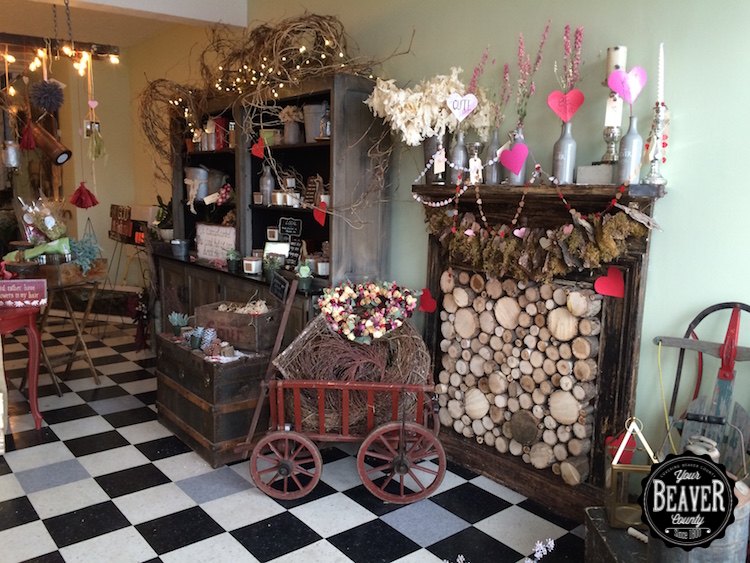 At only 22 years old, Syd’s story is quite impressive. I asked her how she does it all, to which she replied with, “That’s the hardest part.” Her family is super supportive though, and when she needs them they are there. She sends her teenage sisters out on deliveries and her mom is really into the buying end of things. She looks to her dad for business advice and when things get stressful, she calls her mentor, a family friend named Joe, for advice.

She does have one full-time employee, a miniature Golden Doodle named Opie, who loves to chew on her decorations and take naps in the shelves under the counter. Although he might not be the best contribution to production, he definitely keeps her company during the workday. Plus he’s super cute.

Sydney Noll has proven to be fearless. Aside from a little bit of doubt in the beginning, the only regret she has about opening her own business is how long she waited before doing so. She says she still has so much to learn, but going with her gut, working hard, and having ambition is the recipe to her success thus far.

She doesn’t know if she will be doing flowers for the rest of her life (although she has no plans to do anything else), but she does know that she doesn’t have to do anything she doesn’t want to do. As long as flowers bring her a fun, creative outlet, she knows she is in the right place.

Valentine’s Day is right around the corner, so contact Syd for all of your orders!! 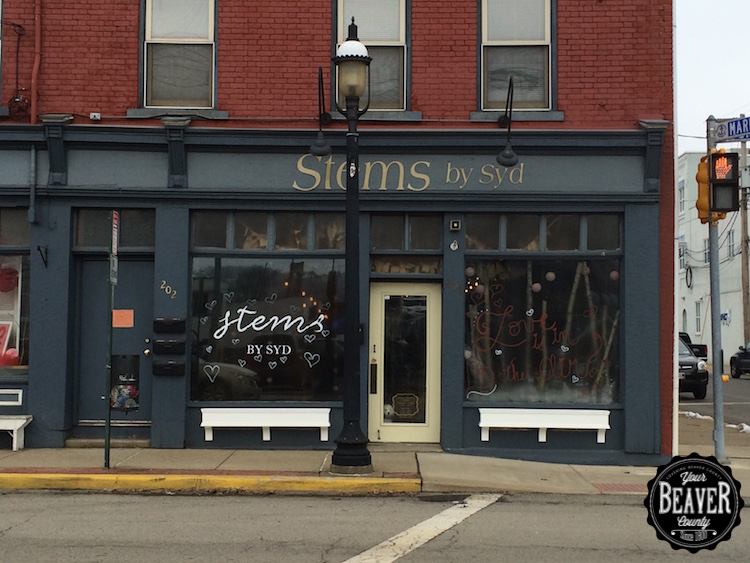 Maura Mendicino
Maura is a lifelong resident of Beaver County. She graduated from Center High School in 2009, and now lives in Patterson. When she isn’t marketing new technology or writing for YBC, she enjoys spending time with her family, horseback riding, and hanging out with her super cute Cavapoo, Derby. You can follow her on Twitter @mauramendo.
 Share this article:  Facebook  Twitter
Lincoln Park Performing Arts Charter School February 3, 2015 By Marc Grandinetti
0
Comments
Howard B. Jewell February 1, 2015 By In Memory
0
Comments