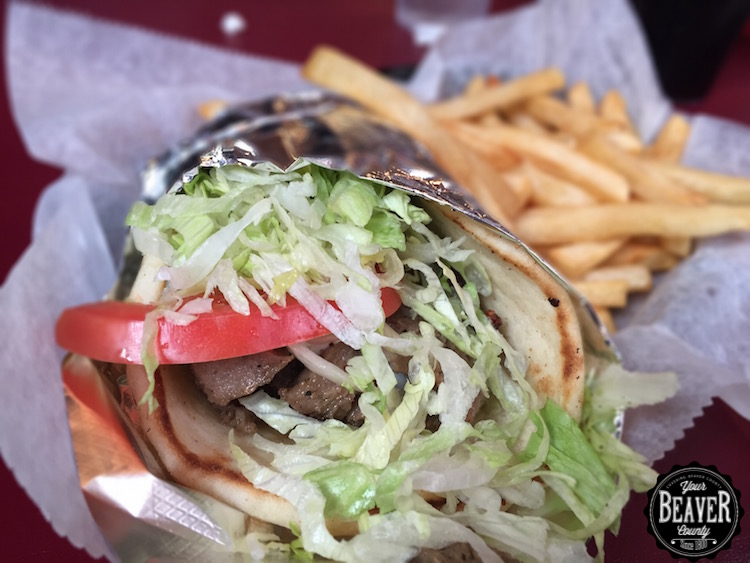 Where Marc was excited to write about the Top Five Wing Places in Beaver County and Corey jumped on The Best Pizza in Beaver County, there was never any question that I was the one who would be breaking down some of the great gyro options that exist throughout the county. That’s because I love gyros.

What is a Gyro?

In case you’ve never had one, a gyro is a Greek sandwich that starts with a vertical spit where seasoned meat is slowly grilled. That meat is then shaved off the spit and served in a pita with lettuce, tomato, onion, and tzatziki sauce. Sound a bit strange? Not in Beaver County. We love gyros.

There are literally dozens of restaurants around the county where you can find a great gyro.

David James, who is one of our guest contributors, swears that the Ambridge Italian Villa is the best in the county. That’s where he orders the gyros for his annual fantasy football draft party.

As a Beaver Falls resident and another one of our guest contributors, David Hardie stands by Athens Restaurant as his go-to place for a great gyro.

South of the River

No matter where you are located in Beaver County, there is a great place to get a gyro nearby. But just below the river there is a popular debate in Center Township and Aliquippa regarding two (or three) particular places.

Let’s take a closer look at each option!

Since they are virtually the same product, we are going to consider the gyros from the Paris Grill and Papa Dukes to be the same for the purpose of this article.

For as long as I can remember, there has been a Papa Dukes Gyros stand at every fair and festival I have ever been to in Beaver County. Long before the restaurant opened in Center, and back before I knew about the Paris Grill, I was eating gyros from these guys at all of the local events. (My personal record was four gyros in one sitting in a head-to-head gyro challenge with Franky Guntrum at Center Community Days in 2000.)

More recently, the Papa Dukes stands at PNC Park and Heinz Field have made this Beaver County gyro a part of my tradition at baseball and football games in the city as well!

This gyro is everything you would expect from a first-class gyro. In my opinion, Papa Dukes has the perfect gyro meat. This gyro is the standard that all other gyros are measured against. 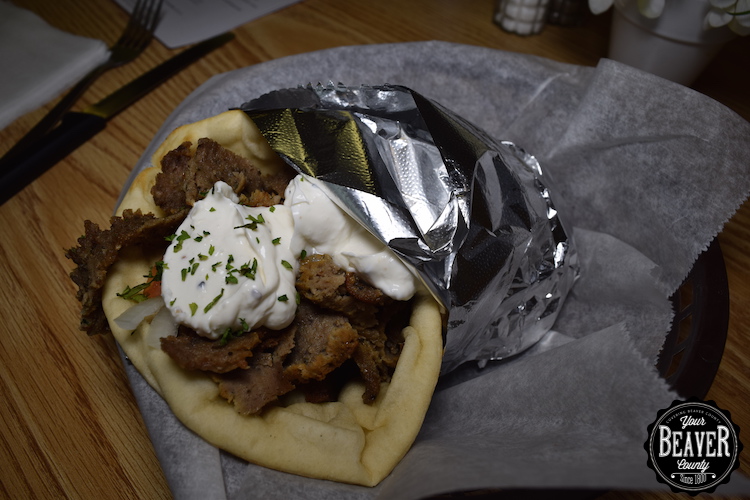 The people who argue that Metro Grill serves a superior gyro to Papa Dukes like to point out that there is substantially more meat on their version. This is a great point, and it is actually pretty obvious from the pictures that they are correct. The gyro from Metro’s regularly contains nearly twice the meat as the gyro from Papa Dukes.

The gyro from the Metro Grill also features unique flavors in both the meat and tzatziki sauce. You can also see from the parsley on top of the tzatziki sauce that there is a bit more attention to detail for this version of the classic Greek dish.

Another aspect of the Metro Grill gyro that many people appreciate is that they serve the tzatziki sauce on the side when you order take-out.

Which Gyro Do You Order?

I honestly have no preference here, so I usually alternate between the two locations for my gyros.

Papa Dukes offers the classic festival gyro that I fell in love with at the Center Township Fireman’s Fairs and the St. Francis Cabrini Summer Festivals so many years ago. Metro Grill offers a meaty alternative that is filled with unique flavors that will blow you away.

When it comes to gyros, we are truly blessed here in Beaver County.Try them both out for yourself and let us hear your opinion! Which one is your favorite?

Andrew Selby
Andrew is a professional freelance writer and lifelong resident of Beaver County. He created Your Beaver County to promote and showcase all of the positive aspects of our incredible local culture! You can find more of Andrew’s professional information at Brooklyn Content, or you can also follow him on his personal twitter account, @theAndrewSelby.
 Share this article:  Facebook  Twitter
Katalin Anna Nemeth February 14, 2015 By In Memory
0
Comments
David E. Cochran, Center Twp. February 13, 2015 By In Memory
0
Comments