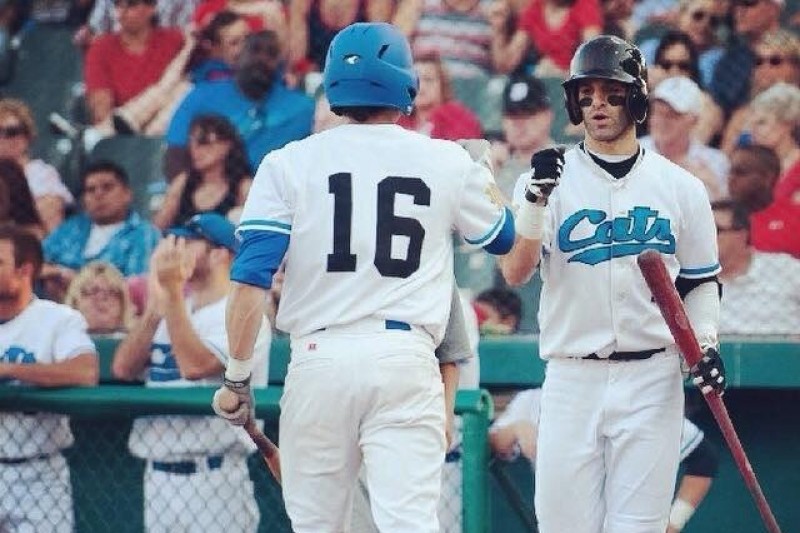 I love baseball. There is just something about the sport. The sound of a bat hitting a baseball is just beautiful.

When I was a kid I used to dream of being a professional baseball player.

Of course, that dream was pretty much shattered after two years of little league where I failed to get a single hit. I almost got one hit with a slow dribbler to shallow right field…..but the kid playing right field threw me out at first. I was also really slow.

Despite my love for the game, I never developed any skills for it. That’s where Sam DiMatteo comes into the story. This dude has an undeniable passion for the game, and some serious skills to back up that passion.

Getting to Know Sam DiMatteo 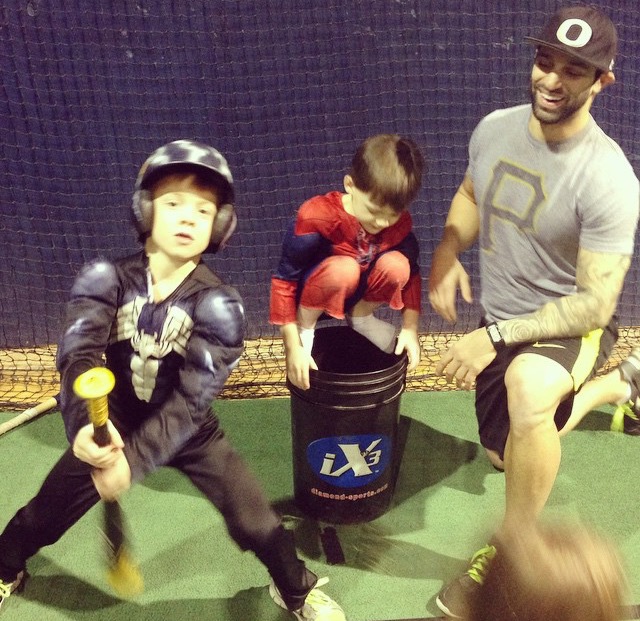 Growing up in Center Township, everybody knows everybody…so I’ve known Sam for pretty much as long as I can remember. I really got to know him well when we worked together while he was playing college ball at California University of Pennsylvania. Since then, I’ve made a habit of following the ups and downs of his professional career.

You might recognize Sam as one of the stars of The Pecos League, which was a reality TV series about an independent baseball league in the southwest. During the filming of the first season Sam was playing for the Trinidad Triggers. He followed that up with a season playing for the Fort Worth Cats in Texas. Next on his list is a stop in Old Orchard Beach, which is part of the East Coast Baseball League.

In between seasons, Sam has dedicated himself to helping to train and coach the next generation of baseball players in Beaver County. That is where his story gets really interesting…

Sam explained to me that many of the kids he is coaching today come from families that are struggling to afford the extra coaching and equipment that is necessary to develop their skills. In an effort to help young athletes in Beaver County pursue their dreams, he has put together The SD Project in hopes that he can raise money to buy coaching and equipment for some of these promising athletes.

Sam believes that this project could grow into something really special. He envisions himself meeting with coaches in school districts all over Beaver County with the goal of making sure that money is never a reason that an athlete fails to achieve their goals. Thanks to the initial donations from friends and family, Sam has already been able to start giving back to the community: 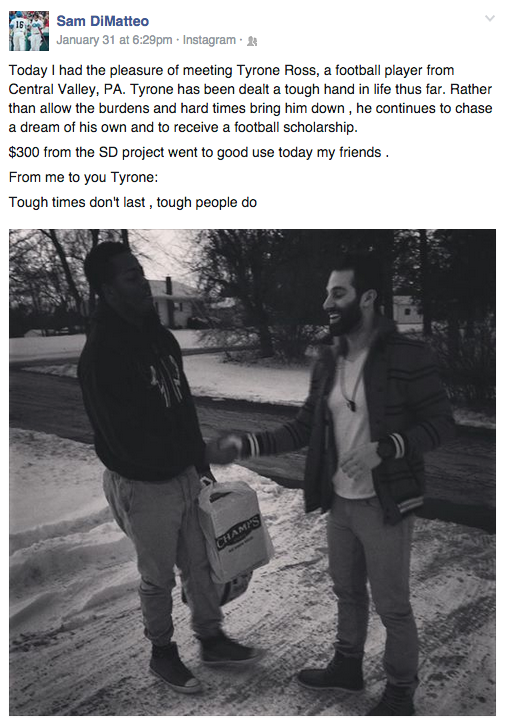 Why I Donated to The SD Project

Between Your Beaver County and my day job, I get requests for donations almost every single day. Just about every one of them is for a great cause, which can make picking and choosing where you donate a very difficult decision.

One of the guideposts that I have always used in my personal life is that I want any money I am able to donate to actually make a difference in someone’s life. That’s why I don’t usually donate to large non-profit groups. I prefer to find smaller organizations where my small contributions can really make a difference.

What Sam has started here is exactly the type of cause where your single donation can make a difference. Your donation of a couple hundred dollars can mean the difference between playing next season or not for a kid who couldn’t have otherwise afforded a new pair of spikes. It could also mean extra coaching sessions for the kid who becomes the next big prospect from Beaver County.

I put my money where my mouth is on this one. You should too. Check out The SD Project and help Sam make a difference in the lives of young people in Beaver County. 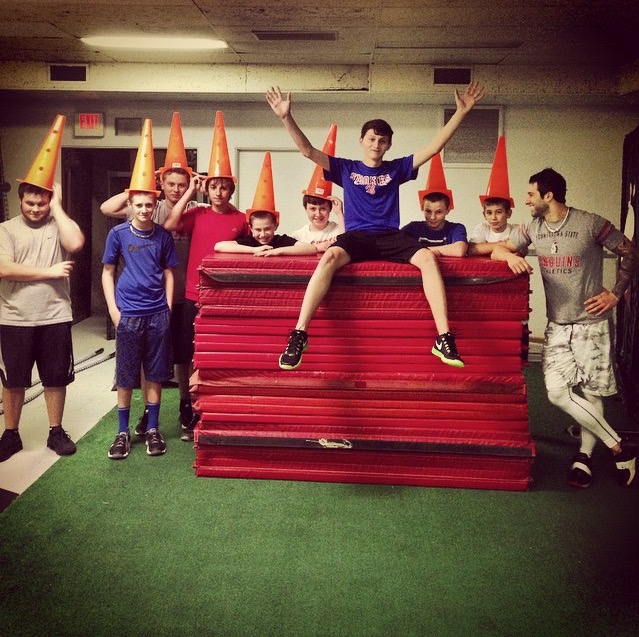 Andrew Selby
Andrew is a professional freelance writer and lifelong resident of Beaver County. He created Your Beaver County to promote and showcase all of the positive aspects of our incredible local culture! You can find more of Andrew’s professional information at Brooklyn Content, or you can also follow him on his personal twitter account, @theAndrewSelby.
 Share this article:  Facebook  Twitter
Mildred R. "Milly" Cavender, Monaca February 10, 2015 By In Memory
0
Comments
June Eileen Shivley, Freedom February 9, 2015 By In Memory
0
Comments