The SD Project: Center Native Helps Those in Need

Brought to you by Beaver County Auto September 27, 2018 By Marc Grandinetti
0
Comments 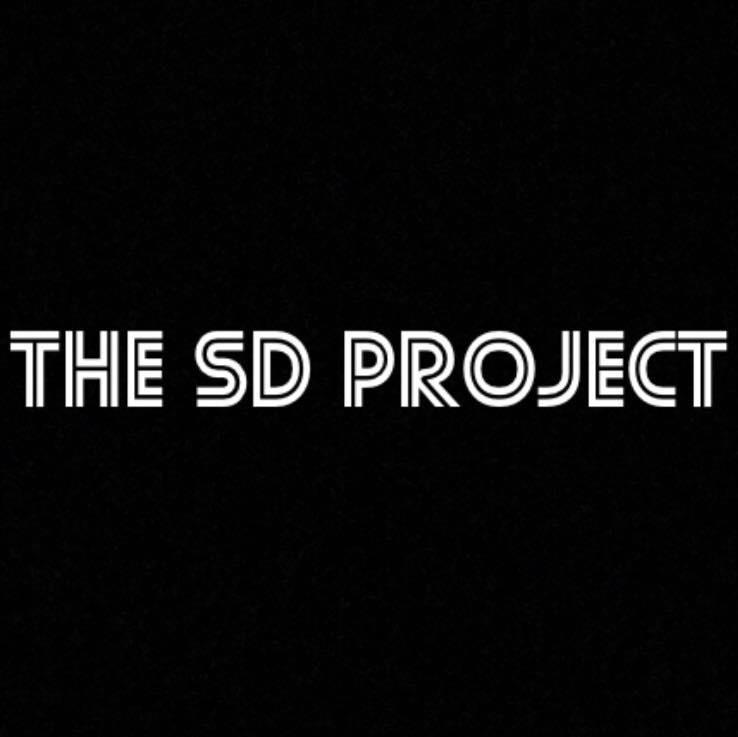 “Heroes are ordinary people that have achieved extraordinary things in life.” – Dave Winfield

By that definition, Center Township native, Sam DiMatteo, is a hero. The 30 year-old, former high school and college baseball star, and former professional baseball player, has taken it upon himself to help those less fortunate. You may have heard about DiMatteo, and his non-profit, the SD Project. We wrote about the SD Project back in February 2015 when it was in its infancy. In the 2 ½ years since then, DiMatteo has continued his journey forward. Thanks to countless people who have made donations, DiMatteo continues to help child after child by surprising them with sports equipment, league or membership dues, or a random shopping spree to Dick’s Sporting Goods. DiMatteo usually posts pictures on his Facebook or Instagram accounts with him and the benefactors, along with a background or story about each kid. The stories are sometimes heartbreaking. The joy on the faces of those he helps is unforgettable.

Now a resident of the Coachella Valley near Palm Springs, California, DiMatteo is coaching another professional baseball team after recently hanging up his spikes as a player.

Several months ago, the SD Project made its first international trip to the slums of Medellin, Colombia. Richie Seritella, a friend of DiMatteo’s who he met during his playing career, played in Colombia for a season. While he was there, the team had to assist the younger, less fortunate kids in the neighborhood. After learning about the mission of the SD Project, a sponsor paid for DiMatteo and Seritella to fly to Medellin for a week which allowed the two of them to make the trip.

Most people will associate Medellin as the capital of Pablo Escobar’s drug cartel. But since the early 1990’s, the violence has subsided and the beautiful city high up in the mountains has become a major tourist destination for international travelers. Like any city, especially in South America, it has its poorer neighborhoods. DiMatteo told me, “The city of Medellin is actually a nice place to look at from a distance. The mountains and the buildings are beautiful.  But when you start going through the streets and venturing around on your own is when you start to see the poverty that is spread throughout.  It’s funny that the even though the kids don’t have much, they are different there in a unique way.  They don’t stare at cell phones or iPads because they don’t have them. They love and cherish the baseball field and the time they have there because they don’t want to go home. It’s like an escape for them. It was an awesome thing to see and witness.  Although at the end of the day, these kids are faced with having the bare minimum, some much worse than others.” 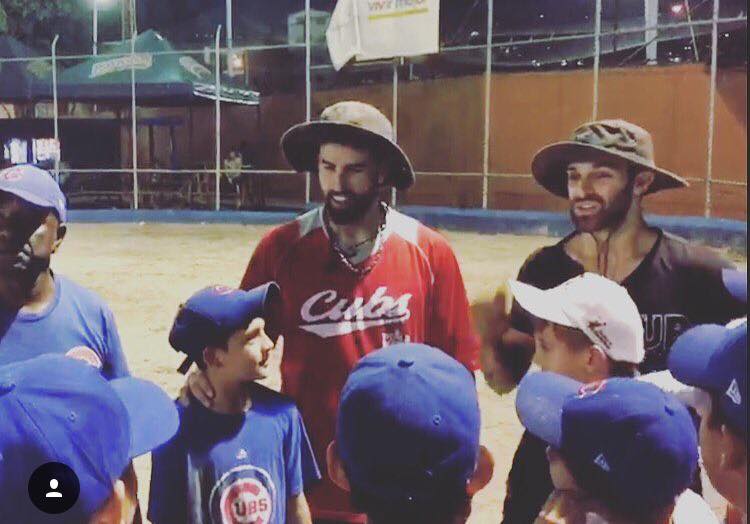 Before they embarked on the trip, DiMatteo posted pictures with numerous duffle bags stuffed with baseball equipment. Boxes of shoes. Baseballs. Helmets. You name it, they took it. “We took new and used equipment.  It came from people from all over the country. My ex-teammates were sending me stuff from all over. Local people were dropping off stuff. I was going out and buying new equipment. It was like two months of collecting things and putting it all together,” DiMatteo told me.

This was anything but a vacation for DiMatteo. Most of their days were spent practicing and teaching baseball to the kids of Medellin and Envigado. “We went down for the week and interacted with all the kids and practiced with them every day. The last day we were there we brought all the equipment with us and surprised them with it. We helped them prepare the field every day. They live up in the mountains so it rains a lot.  We would do three or more hours of baseball drills and practice each day we went to the field.” 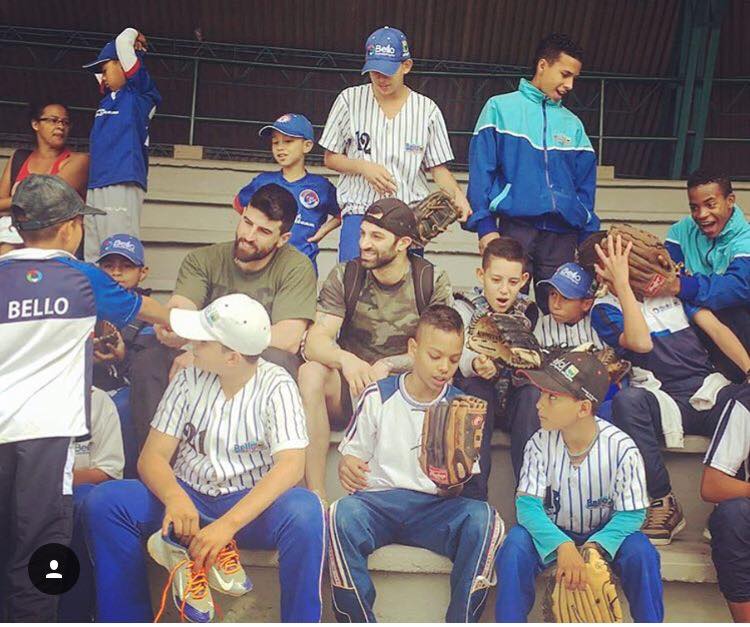 DiMatteo said this trip was one of the most eye-opening experiences of his life. “A lot of our lives are filled with money, friends, food, things, nice houses. A lot of us have too much, and we still find things to complain about or think that we don’t have enough of.  But it was so humbling to see what a real struggle looks like. I learned to not take the things and lives we have for granted.”

Since his trip to Colombia, DiMatteo made a trip to Houston to help one particular young boy whose house was devastated from Hurricane Harvey. And his next trip is only days away. On September 26, he and Seritella are bringing 40 pairs of soccer spikes and 40 pairs of brand new Under Armour soccer uniforms to the House of Hope orphanage in South Africa.

His GoFundMe page continues to accept donations and contributions. ITPS, an information technology company based in Wexford, recently donated $1,000. The SD Project is now a 501c3 non-profit organization, so all of your contributions are tax deductible. If you’re interested in assisting DiMatteo’s mission, visit his GoFundMe page at the link below. Please keep in mind 100% of your contributions go directly toward purchasing equipment and supplies for the kids he helps.

“At the end of the day, we are here for the ones who have to wake up every day and face struggles that no one wants to see a kid have to go through. I have traveled the world, I have to Houston to support kids whose houses are destroyed, shoveling sewage out of their homes. I have flown to Colombia, not knowing one word of Spanish to deliver equipment to borderline homeless kids. It’s just how I am made up. I root for the underdog. I am a fan of the kid who isn’t supposed to make it. That’s what we do here, we find them, and we try to build them up and bring light to a dark situation.” – Sam DiMatteo 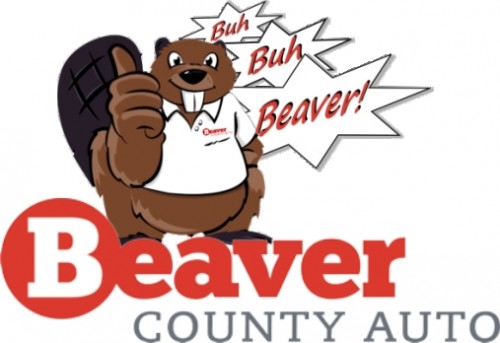