No One Fights Alone Spaghetti Dinner 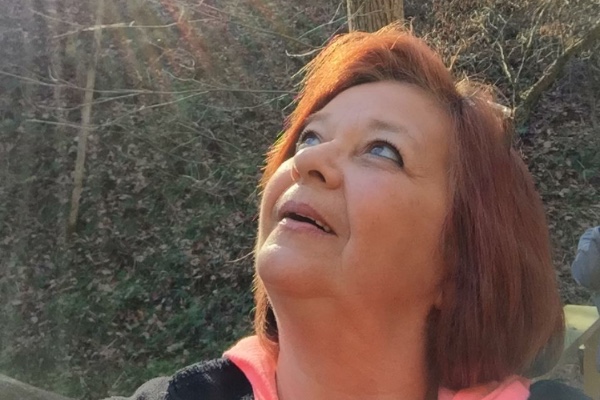 Remember last year when I was test driving a different care every week with our friends at Beaver County Auto out in Chippewa? I got to meet a lot of the salesmen there during that period, and one of the ones that really stood out was Johnny Hall.

Johnny is something special when it comes to car salesmen in Beaver County. He’s a guy that people actually rave about, and you can learn more about why that is right here. This dude is truly a rare breed…and he’s one of the great people that makes Beaver County such a special place.

Yesterday, I received a phone call from one of Johnny’s coworkers wanting to let me know that his mother has been going through a pretty tough time and that they were planning a spaghetti dinner fundraiser.

After checking out the GoFundMe page they had set up, I found out that “going through a tough time” didn’t even begin to describe what was happening. Here’s an excerpt from that page:

Often times, those who smile the most on outside, have the largest number of trials to face on the inside. To look at Terry on the outside, you see a strong, beautiful woman. You would never guess the hardships and debilitating health complications she had overcome in the past few years.

This loving wife, mother and grandmother, has had her right kidney removed (January 2014) due to Renal Cell Carcinoma. During the follow up scans from kidney cancer, a mass was discovered in her liver and subsequently, a needle biopsy tested positive for Liver Carcinoma. In November 2015 she had 60% of her liver removed and endured 5 long months of chemotherapy.

During her follow up scans from Kidney and Liver Carcinoma, another devastating diagnosis, an inoperable cancer in her lymph node, was given. Due to it’s location, in front of her spine and between the aorta and vena cava, treatment of this cancer is extremely limited. Her only chance of survival was to undergo a procedure called Cyber Knife Radiation. The cost of Cyber Knife Radiation is astronomical, costing approximately $100,000. This procedure would not be covered by insurance due to previous liver cancer diagnosis.

In addition to setting up that GoFundMe page for simple donations, Terry’s friends and family are also planning to host a spaghetti dinner fundraiser at the SOI in Monaca on November 19 from 4:30 pm to 8:30 pm.

Here is more information on that event: 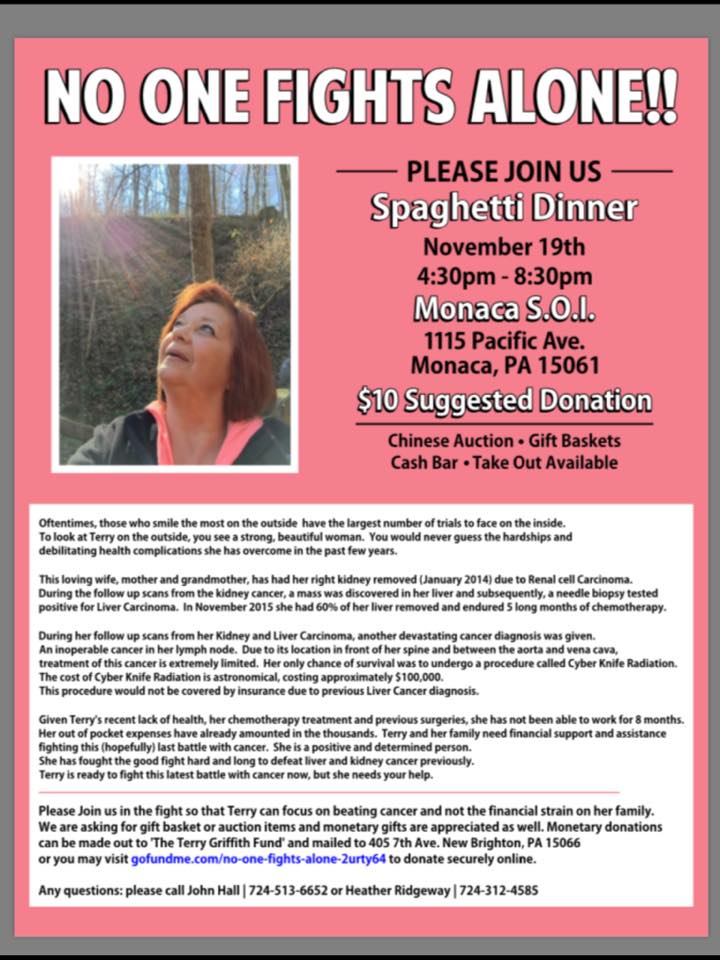 Andrew Selby
Andrew is a professional freelance writer and lifelong resident of Beaver County. He created Your Beaver County to promote and showcase all of the positive aspects of our incredible local culture! You can find more of Andrew’s professional information at Brooklyn Content, or you can also follow him on his personal twitter account, @theAndrewSelby.
 Share this article:  Facebook  Twitter
October: Best Month of the Year for the Sports Fanatics October 22, 2016 By Allie Dixon
0
Comments
Live: From the Pens' Home Opener October 18, 2016 By Allie Dixon
0
Comments