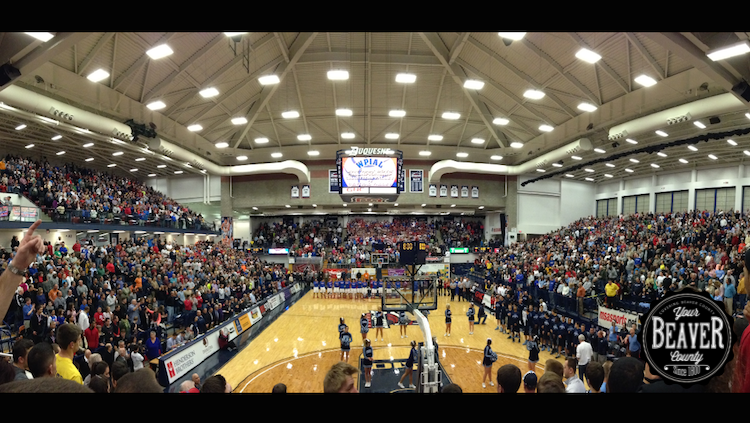 Teams from Beaver County will be well-represented in the tournament in classes A, AA and AAA (Beaver County doesn’t have a AAAA school). Let’s look at the participants on both the boys and girls sides, and my predictions for who will be crowned WPIAL champion.

Quigley Catholic was awarded the 4th seed in class A after running the table in their section and finishing 17-4 overall. Their first round game is on Wednesday, February 18, against St. Joseph at Northgate High School. With a win, the Lady Spartans will play the winner of Serra Catholic and Geibel Catholic in an all-Catholic school quarterfinal on Saturday, February 21st.

Section 1-A runner-up, Aliquippa, was given the 8th seed. The Lady Quips will take on Imani Christian, the 9th seed, in a first round match-up. The winner of that game will face #1 seed Vincentian, led by Pitt recruit and 2,000 point scorer, Brenna Wise.

Beaver County has two girls’ teams in the AA tournament – Freedom and Riverside. Riverside was awarded the 11th seed, and they will play Bishop Canevin, the 6th seed. That game will be played on Tuesday, February 17th, at Moon High School. The winner will most likely play Greensburg Central Catholic in the quarterfinals.

Riverside finished third in their section, but with an overall record of 19-3, the Lady Panthers could be a major sleeper in the bracket.

Freedom has to play a “play-in” game just to get into the first round. They, too, finished third in their section, but the Lady Bulldogs have an overall record of 10-12. A win over Brentwood in the preliminary round will get them the 15th seed, and a date with #2 seeded Burrell.

The most intriguing bracket on the girls’ side is without a doubt AAA. The “Parkway” section, 2-AAA, has five teams in the tournament, led by the #1 overall seed, Blackhawk. The Lady Cougars are the defending WPIAL and PIAA champions, and are poised to repeat. They are led by 2,000 point scorer, guard Chassidy Omogrosso, and forward Courtney Vannoy.

They enter the tournament with a 19-3 overall record, including a perfect 12-0 in the section. The Cougars earned a first round bye, and will play Wednesday, February 18th, at 6:30 pm against the winner of Ringgold and Greensburg Salem at North Allegheny High School.

The Ambridge girls are seeded 7th, and have a first round date with South Fayette on the 18th at 6:30 pm. That contest will be played at Moon. The Bridgers could make a deep run in the tournament after finishing 17-5 overall in the highly competitive section.

The Beaver girls have to take the long road in the bracket. The Lady Bobcats, led by guard Lexi Posset, must play a preliminary round game on Valentine’s Day against Derry. A win will get them the 12th seed, and a match-up against Hampton on the 18th at 6:30 pm at Fox Chapel.

The Bobcats, who finished 15-7 overall, have one of the stingiest defenses in the WPIAL, and are another team poised to make a deep run.

Finally, the Hopewell girls also have a preliminary round game on the 14th against South Park. Hopewell, who finished 9-13 overall, are in the playoffs once again under Head Coach Jeff Homziak.

The AA bracket has three Beaver County boys’ teams participating: Aliquippa, Lincoln Park, and Riverside. Aliquippa is the #1 overall seed with a record of 21-0. The last time the Quips finished the regular season undefeated? 1949.

They are extremely balanced, and have four starters in double-digits: Stephon McGinnis, who transferred from Ambridge, Jassir Jordan, Kaezon Pugh, and Chucky Humphries. A questionable non-conference schedule has the Quips relatively untested, but there is no denying this team is very good, and has the ability to win the AA title.

The Quips earned a bye, and will play their first round game against Ford City or Frazier on Wednesday, February 18th, at Moon.

They are on a collision course with #2 seed Lincoln Park, the defending WPIAL and PIAA class A champions. After moving up in class, and playing the entire season without head coach Mark Javens, the Leopards finished 20-2, and are in the midst of a 44 game section winning streak.

Their only two losses came at the hands of Ohio powerhouse Jackson High of Massillon, and Chartiers Valley, the #2 seed in AAAA. Assistant coach and athletic director Mike Bariski has taken the reigns, and has the high-octane Leopards ready to win another title.

The Leopards will open up against the winner of Avonworth and Chartiers-Houston on Wednesday, the 18th, at 8 pm. That contest will be played at Cardinal Wuerl North Catholic High School in Cranberry.

Lastly, the Riverside boys, led by sharpshooter Zach Gould, will play a preliminary round game on Saturday, the 14th, against Shady Side Academy. The Panthers are 13-9 overall, and finished in fourth place in section 1-AA. A Riverside win sets them up for a date with #3 seed Seton-LaSalle.

Like the girls’ AAA bracket, the boys’ AAA bracket is just as intriguing…and wide open. Section 2-AAA is sending three County teams to the postseason.

Section champion Beaver Falls, who is voluntarily playing up in classification, won the section crown with a 14-0 record, and are 19-2 overall. They are led by sophomore big men Donovan Jeter and Josh Creach, and no doubt have the potential to win it all. They were awarded the #2 seed in the tournament, and will play the winner of Knoch-Greensburg Salem on Tuesday, February 17th, at North Allegheny High School.

The defending AAA champs, Central Valley, were given the 12 seed, and have a tough first round match-up against Indiana. That game will be also be played on the 17th at Butler High School. The Warriors, who began the season 1-7, finished 11-10 overall after a few of their starters returned to form after playing in the football state championship game in mid-December.

Rounding out AAA is Ambridge, led by Head Coach Mark Jula, and their leading scorer, Daylon Carter. The Bridgers secured the 9th seed in the tournament after finishing third in the section. They will play 8th seeded Uniontown in the first round on February 17th at Canon-McMillan. Uniontown knocked Ambridge out of the playoffs last season, so Jula and company will be looking for revenge.