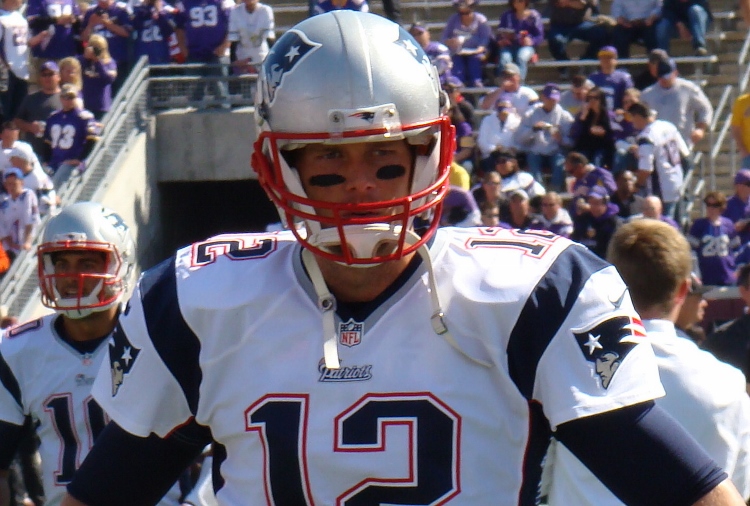 Daily fantasy sports sites have literally exploded in the last month. Draft Kings and Fan Duel, two of the most prominent sites, are paying out millions of dollars every week to contestants. They’ve even been hit by a recent scandal that is the equivalent of insider trading.

Since that announcement, both Draft Kings and Fan Duel have barred their employees from participating in daily fantasy games. Both sites have raised about $300 million from investors, and they are valued at over $1 billion. Think about that. A concept that didn’t exist two years ago is now worth over $1 billion.

The bottom line is that fantasy sports are exploding at an exponential rate. They are spending millions on advertising, targeting men ages 25-49 specifically. I can’t go more than an hour of watching ESPN without seeing mention of Fan Duel or Draft Kings. Both are similar in concept, but differ in a few areas.

I started playing daily fantasy football almost a year ago. Every once in a while I will enter a baseball league, but I usually stick with my comfort zone – the NFL. I enter multiple line ups every week.

There are many, many leagues you can enter on these daily fantasy sites. A typical week for me will have line ups for the 1 pm games only, the 4 pm games only, an all-day Sunday line up, and the Monday night-Thursday night games. Entry fees range anywhere from $0 to hundreds of dollars per league.

I stay conservative, usually wagering $2 to $10 per entry fee. Prizes vary based on the size of the league. Some leagues have as little as five people, while others have entry pools in the hundreds of thousands. Players are assigned a given dollar value, and your line ups must stay within the confines of the salary cap.

In Fan Duel, the salary cap for the NFL is $60,000 per team. Your roster consists of a quarterback, running backs, wide receivers, a tight end, a team defense, and a kicker.

Without further ado, here are my Fan Duel picks for week 6.

There are other quarterbacks who provide value at a lower dollar amount, but I like Tom Brady Sunday night at Indianapolis. The Colts will not be able to stop him right now. Brady looks like he did in his prime, and he’s averaging 25.97 points per game in Fan Duel. I am a proponent of “stacking” players in daily fantasy, and you’ll see who I stack him with in a moment.

The Bears running back has an enticing match up this week at Detroit. In case you haven’t seen any football this year, Detroit is downright abysmal. Forte should have a big game, and he’s averaging 15.98 points per game.

Who? Exactly. Charcandrick West was an unknown a couple weeks ago. But since Chiefs running back Jamaal Charles tore his ACL, KC will turn to West to see the bulk of the carries. This is a big, big flier, but it could pay dividends if he has a good game.

The former Pitt Panther is making his return to Heinz Field this week. He’s having a monster year in his early 30’s. I don’t know who is going to be able to cover him in the Steelers secondary, but I look for Fitz to put up big numbers.

Decker provides excellent value at only $6,100. He’s averaging 14.3 points per game. QB Ryan Fitzpatrick has a connection with Decker, and he’s found the end zone a few times already this season. The Jets are coming off a bye, and will face a decent Redskins defense.

Edelman has been a “target monster” so far this season for Tom Brady. Stacking him and Brady together in Fan Duel can reap big rewards if both have big games. However, the risk for a bad week is greater if they don’t perform. Edelman is averaging 19.25 points per game, and is a safe play.

The Buffalo tight end is quietly having a solid year. He’s only averaging 9.84 points per game, and faces a tough match up at home vs. Cincinnati. I don’t know what to make of Buffalo yet. Since Buffalo might be playing from behind against the undefeated Bengals, I look for Clay to see quite a few targets.

The Bears kicker will be indoors this week at Ford Field. As I stated before, the Lions are terrible, and the Bears, albeit not that much better, should move the ball up and down the field on Detroit, giving Gould a few opportunities to split the uprights.

I love the Packers defense, especially when they play at home in Lambeau. This week, they get the Chargers, coming off a Monday night loss to the Steelers. They provide the most value for the dollar amount.

I entered this line up into a free league to see how it stacks up against other line ups I create this weekend. I will post the results next week. Good luck and happy Fan Dueling!

Marc Grandinetti
Marc is a lifelong resident of Beaver County. A 2001 graduate of Center High School and 2005 graduate of Point Park University, Marc is employed by the Pennsylvania Cyber Charter School and officiates high school and college football. Follow Marc on Twitter, Snapchat, and Instagram @marcgrando
 Share this article:  Facebook  Twitter
The Real Jesus: What the Future May Bring October 18, 2015 By YBC
0
Comments
We Don't Want to See That Again October 17, 2015 By Erin Ninehouser
0
Comments