So Many People Helped Make This Possible 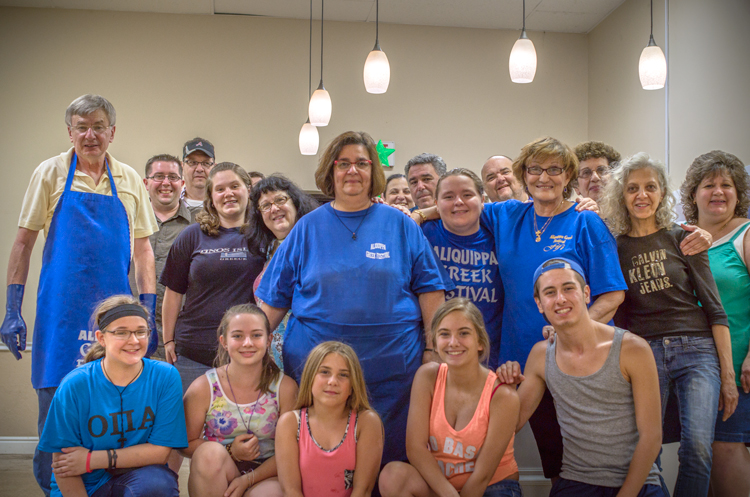 Lynne K.]: “I’ve been part of the church my whole life, 64 years. We have about 275 members . This is the 40th year for the festival and it was really special. We had music this year for the first time in a while and people liked that. Tuesday was probably the busiest day; we had a line out the door and around the block. All the money we raise supports the programs of the church. So many people helped make this possible.”

[Lynne was kind enough to rally part of the crew that helped make the 40th Annual Greek Food Festival at the Kimisis Tis Theotokou Greek Orthodox Church in Aliquippa possible on the festival’s closing night. Everyone was laughing and celebrating a job well done as they cleaned up after the week’s activities].

Erin Ninehouser
Erin Ninehouser loves photography for its ability to reveal truths and insights that are often too difficult to capture with words. She believes, as Garrison Keillor says through his troubled yet triumphant character Barbara in Pontoon, that “the only sermon that counts is the one formed by our actions.” A native of New Castle, Erin has made her home in Ambridge where she lives happily with her wonderful husband Dave, their three adorable and hilarious cats, and their “old gentleman” dog, Max. Erin is excited to help tell the stories of the people of Beaver County. You can see more of her work on Facebook and connect on Instagram or Twitter.
 Share this article:  Facebook  Twitter
Sal's Ristorante: Why You Can't Go Wrong June 28, 2018 By Eric Fontana
0
Comments
Luanne's Route 68 June 18, 2018 By Eric Fontana
0
Comments