Local Athlete with ACL Injury Trains Herself Back Into Shape 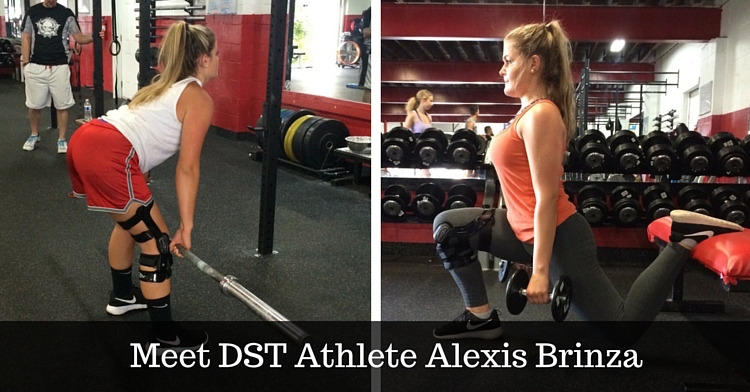 This article is sponsored by our friends at Daman’s Strength Training in Beaver. Their expert coaches create the perfect environment for your student athlete to get stronger, faster, and mentally tougher.

Athletes have to overcome adversity many times throughout their career. There are different kinds of adversity, from injuries to getting benched to personal reasons. Injuries are extremely common when competing in sports.

For Alexis Brinza, a softball and basketball player at Our Lady of the Sacred Heart in Coraopolis, her injury was not a deterrent to her scholastic career.

Almost a year ago, Alexis tore her anterior cruciate ligament (ACL) right before Christmas. This effectively ended her sophomore year of high school sports. She began training at Daman Strength Training two months prior, and after her injury, still continued with her training because of her attitude and positive frame of mind.

Renowned orthopedic surgeon Dr. Vonda Wright operated to repair her torn ACL. 10 days later, she was back at DST working out, going about her routine, and getting stronger. I spoke with her dad, Archie Brinza, about Alexis’ dedication to improving her upper body strength.

“When she was injured, and I mean the day we left the hospital after her surgery, she looked at me and said, ‘Dad, call Rick and schedule workouts!’ I laughed and she said ‘I’m serious Dad, I don’t want to stop. I came too far to stop now, and I don’t want to get out of shape!’ DST helped her get stronger both physically and mentally even she could do nothing for her knee at the beginning. The coaches made special workouts for her, which proved to be huge for her,” he said. 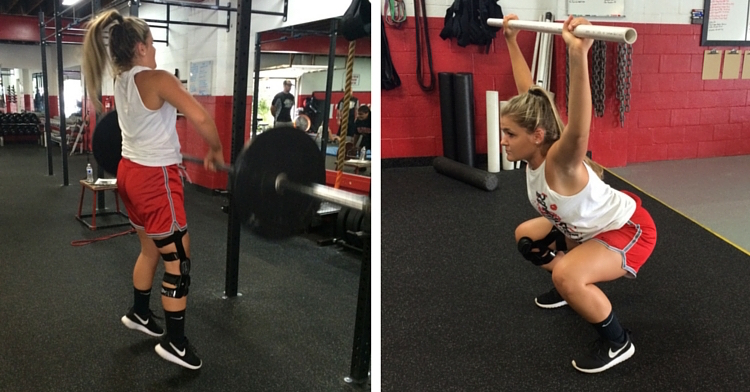 DST owner Rick Daman attributes her success on and off the field to her positive attitude and strong work ethic.

Rick said, “The one thing that sticks out in my mind about Alexis is that directly after her surgery, she was back at the facility training. For more than six months, all we trained was upper body. She could have thrown in the towel and said, ‘I’ll train when I get released.’ It took eight to nine months to get a full release back onto the athletic field. She could have easily taken off those months, but that would have set her back tremendously. Archie (her dad) made the long drive from McKees Rocks three days a week just to get her back on track mentally and work on her upper body.”

More Determined Than Ever

You could say Brinza, who is the younger sister of former Pittsburgh Central Catholic and current IUP stand-out running back Luigi Lista-Brinza, has some athletic genes in her family. Whenever she would train at DST, she would do push-ups, kettle bell workouts, and elastic band work, among other things.

She said, “My attitude after my injury first happened was that I was very down on myself, thinking I would never get my muscle back in my leg or get to where I was before it happened. But about two weeks after it happened on December 5th I stopped feeling sorry for myself, and promised myself I wouldn’t sit around and be lazy like most people when they get surgery. I told my dad I wanted to get back to Rick’s as soon as my doctor said I could. About 10 days after my surgery I was back working out with Rick and more determined than ever.” 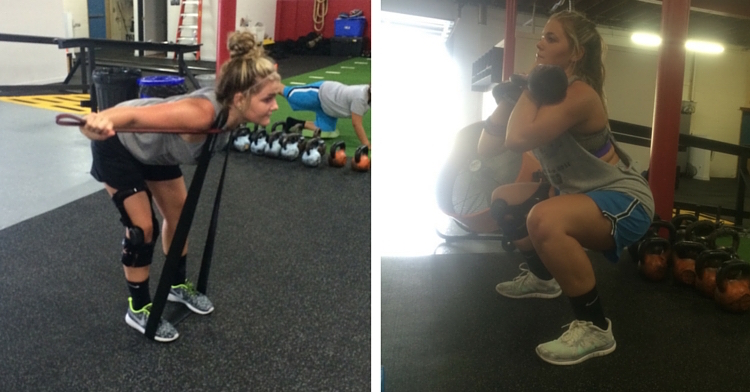 DST is the Place

Archie continued to say, “She is 100% more mentally ready for high level sports. She is physically so much stronger and faster than she was when she was when we first met Rick. DST is the place for any parent that has young children that want to get stronger, faster, and mentally tougher.”

You can’t teach the desire to want to get better like Alexis has. It comes from within. Brinza’s determination will not only translate to success on the field, but off the field as well, whether it be in the classroom or life in general. Brinza attributes a lot of her success to the coaches at Daman Strength Training.

“My success off the field is something that gets better every day. I managed to keep a 3.2 GPA and work out every day, and also go to my team’s games for support. My mental toughness has gotten so much stronger and my attitude toward life itself has gotten a great deal stronger. My dad says all the time to me and even other people when they ask how I am how much Daman Strength Training has helped me. DST has not only helped me physically get to where I want to be, but mentally, too.  Honestly, I used to play with an attitude and when I would make a mistake I would get so down on myself. My first game back I played left field, right field, and second base. I was 3 for 4 with a big hit to right field and one right down the middle. My attitude the whole game was the best it’s ever been in the field, and I give a lot of the credit to Rick and his coaches.”

Finally, Rick added, “She will look back at this and see it as such a huge accomplishment. Everything she did and accomplished was 100% because of her effort. Her approach to her training helped her gain the upper body strength she needed while she went to physical therapy a few times each week. What made the process even smoother was the availability to connect with her physical therapist and make sure everyone was on the same page. The goal was to keep Alexis on track to get her back on the field and playing athletics.”

And that’s exactly what happened.

Are You Ready for Daman’s Strength Training?

If you are ready to get stronger, faster, and mentally tougher like Alexis, it starts today. Just fill out your contact information and one of the coaches from Daman’s will contact you to go over all of their training options.