Live: From the Pens' Home Opener 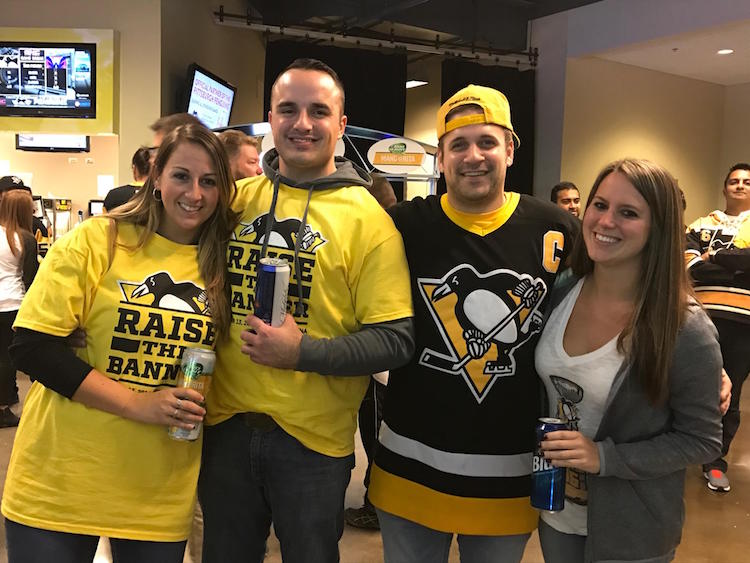 Last Thursday was literally one of the most amazing experiences I’ve ever had. As a Pittsburgh’er, as a sports fan, and as a human. Not only did we get to celebrate a Stanley Cup Victory AND 50 years of Penguins at our Home Opener… we got to do it in front of Ovechkin and the Capitals.

PPG Paints Arena opened its doors to approximately 20,000 crazy, obnoxious Pens fans, and I was lucky enough to be one of those maniacs!

After being just feet away from the cup at the victory parade in June, it was finally time to celebrate Lord Stanley in the arena, and it was everything I dreamed it would be.

Fans came hours early from all over the country to take pictures kissing the cup, which seems incredibly unsanitary to me now that I realize everyone had their mouths all over it, but who cares?! 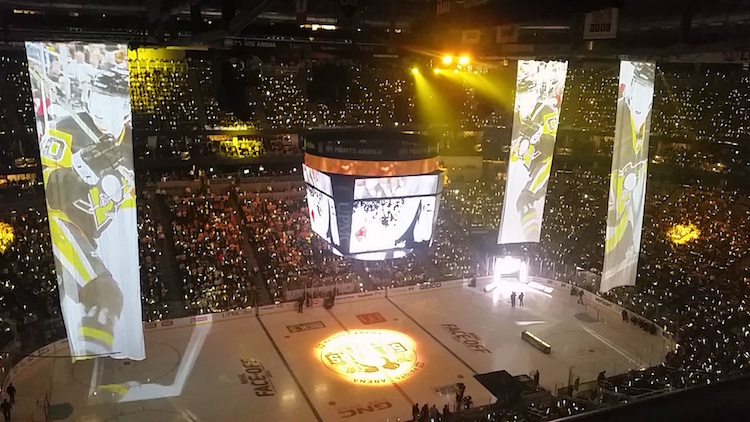 The opening ceremonies were incredible, and I could not get rid of my goosebumps. Every seat in the arena glowed in the darkness while we re-lived every heart-stopping moment of last season. I remembered watching every second of every playoff game, and it was even more exciting than it was the first time around.

They announced every player on the roster, with Sid coming out last hoisting the cup high above his head while the crowd erupted in screams.

It gave me chills to be a part of such a special moment. Yet another one that goes down in history for the greatest sports city in the world. 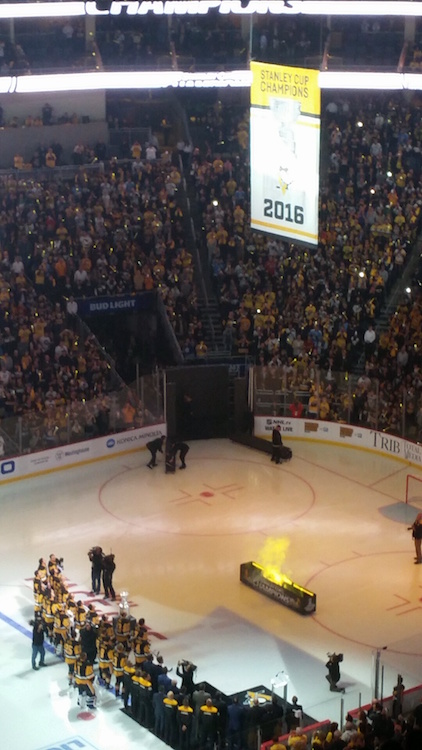 They raised the banner high up into the rafters to hang next to its brothers, while Lemieux and his players watched proudly. The fourth title for the Penguins that should be joined by even more over the next few years.

The game itself could not have been a more epic way to start the season, even without Sid in the lineup. We were returning to our incredibly roomy seats with my arms full of Burgatory when Burakovsky beat Fleury for a goal only 59 seconds into the first period.

I was about to throw my burger over the railing, then I remembered I wasn’t at a Steeler game, used a few choice words instead, and calmed myself down.

Hornqvist tied it up with his Power Play goal midway through the second, and Malkin knocked in a sick pass from Sheary off of a take-away to put us up heading into the third.

Burakovsky had to make it interesting putting in his second goal of the night and tying it up, ultimately sending this baby into overtime.

Those five minutes were an absolute blur. The Caps pelting Fleury with the puck every few seconds, and I was screaming my lungs because we WEREN’T shooting, waving my Labatt in the air and almost hitting my friend in the face with it… you know, the usual.

The shoot-out was nuts. It went to the fourth shooter when my man Phil Kessel went up top with a nasty wrister that had to go to the tape for confirmation. It was ruled a goal, and the Caps had one chance left.

Who was that last shooter, you might ask? Ovechkin. No goal. The arena went crazy! People screaming, high-fiving friends and strangers, celebrating everything: A season as Stanley Cup Champions, the Penguins’ 50th anniversary, and a 1-0 record to start 2016 that they earned in pure, epic fashion.

Allie Dixon
Allie is a lifelong resident of Beaver County. She is a 2006 graduate of Blackhawk High School, and still resides in Patterson Heights with her husband Andy and their 3-year old son, Luke. She is a Regional Manager at PLS Logistics and a sports fanatic. You can find her on Facebook as Allie Dixon.
 Share this article:  Facebook  Twitter
No One Fights Alone Spaghetti Dinner October 21, 2016 By Andrew Selby
0
Comments
Roaming Mouse Travel: Enhancing Your Disney Experience Completely Free of Charge October 17, 2016 By YBC
0
Comments