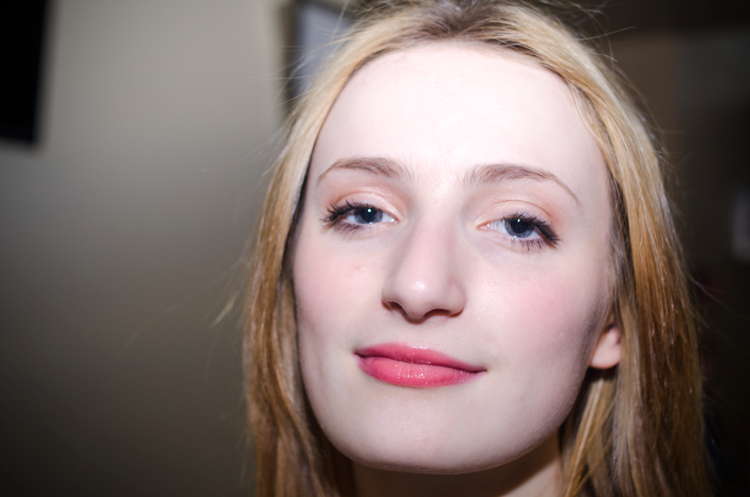 “I think this is definitely most fun I’ve ever had in a production [The Crucible, about the Salem Witch Trials] because the actors involved are so into it and it’s really dramatic but we can still have a really good time with it. I think it’s incredible that this is a true story, you know, this really happened. We look at it and think ‘that’s so silly — witchcraft, that couldn’t really happen’ but that just shows how much our beliefs have changed since then and progressed over time. It’s really like a horror story when you think of all these people who were falsely accused of witchcraft and convicted.”

“Are you working toward a career in theater when you graduate?”

“I’m only in 10th grade now. I’d actually like to go into politics. Quite honestly, yeah! I’d like to help out the world in some type of way and I think that would put me in a good position to do that.”

[The students of the Lincoln Park Performing Arts Center will put on the final production of The Crucible Friday, March 11 – Sunday, March 13]

Erin Ninehouser
Erin Ninehouser loves photography for its ability to reveal truths and insights that are often too difficult to capture with words. She believes, as Garrison Keillor says through his troubled yet triumphant character Barbara in Pontoon, that “the only sermon that counts is the one formed by our actions.” A native of New Castle, Erin has made her home in Ambridge where she lives happily with her wonderful husband Dave, their three adorable and hilarious cats, and their “old gentleman” dog, Max. Erin is excited to help tell the stories of the people of Beaver County. You can see more of her work on Facebook and connect on Instagram or Twitter.
 Share this article:  Facebook  Twitter
Attention Parents: Experience the DST Sports Preparation Program March 14, 2016 By Marc Grandinetti
0
Comments
Time to Play Ball: Softball in Beaver County March 13, 2016 By Lauren Walker
0
Comments