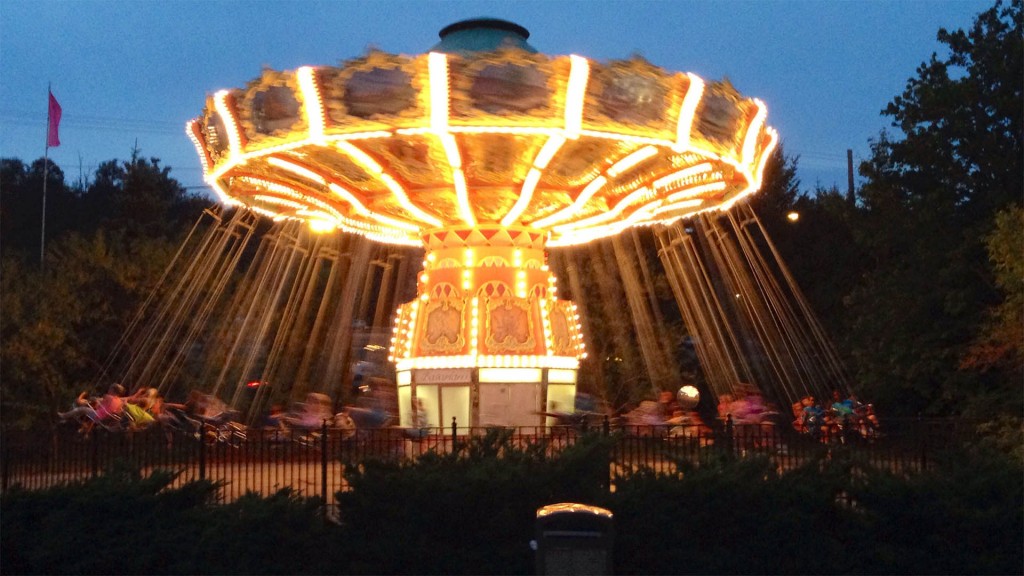 Another year at Kennywood is close to being in the history books, with the exception of Phantom Fright Nights, the park’s yearly operations are sadly coming to an end. It’s ok my fellow Kennywood lovers, we will get through this together.

Before I confess my love for the World’s Greatest Amusement Park, I must share something with you. . .

Like clockwork, anytime I have a trip to Kennywood fast approaching on my calendar, I almost instantly begin having this recurring dream where Rick Sebak is driving my friends and I to opening day at the park.

He’s behind the wheel of an old school bus, filled with sounds of Satchmo’s trumpet, along with a detailed Kennywood history lesson, from Sebak himself. Not sure what Mr. Freud would have to say, but it has become a tradition in its own right.

It’s a personal and very achievable goal I have to make it to Kennywood at least once a year, just like my mother and father did for us kids growing up. So it’s obvious I’m eager to create great memories with my own family. My daughter has shown me she possesses the thrill-ride-gene, and now it’s time to cue the proud father moment . . . 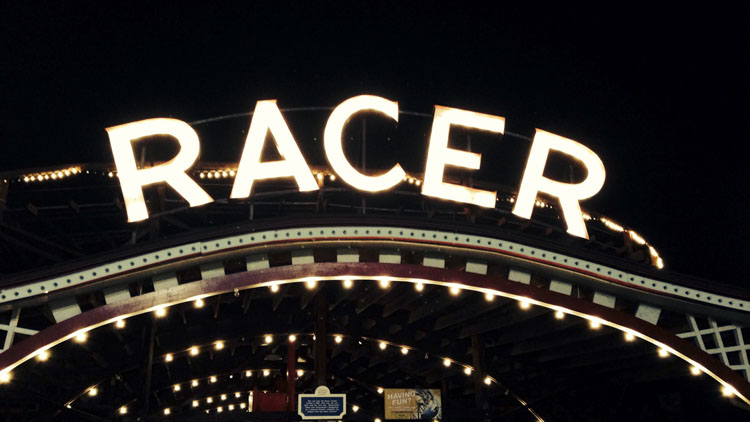 Dating back to 1898, the land overlooking the Monongahela river known as Kennywood has been a place visited by many local families. The land was originally a farm owned by Anthony Kenny. The site of the park was developed at the turn of 20th century, when Andrew Mellon and company saw a way to increase profits on the weekends by creating a trolley park. And the rest is, as they say . . . history.

Kennywood is cherished by generation after generation, making their way to the park, year after year, for a day filled with amusement park fun.

For some, Kennywood may seem pale in comparison to mega-parks like Cedar Point and Kings Island, however, if you’re looking to overdose on nostalgia, then Kennywood will deliver every time. It’s an important piece of Pittsburgh history and good old-fashioned fun.

In 1987, Kennywood Park was declared a National Historical Landmark. It plays to the tune of a historical timeline. Beloved rides like the Whip, the Merry-Go-Round, and the Turtle, all date back before the start of the second World War. 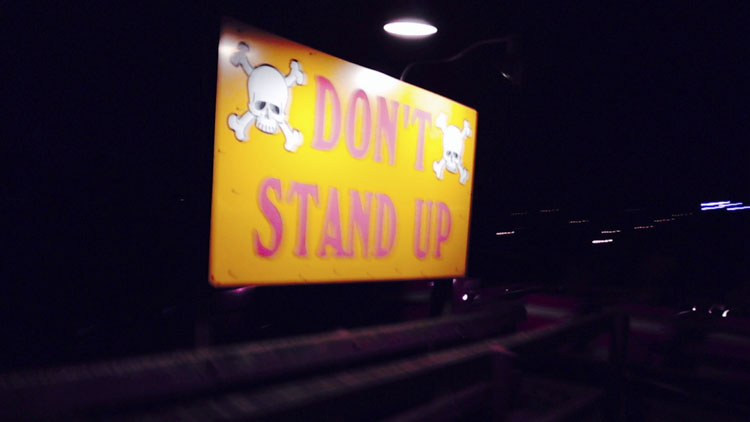 I’m a huge fan of thrill rides and mammoth steel roller coasters, yet what I enjoy more than anything at Kennywood is the rough and wild ride you get on one of their old wooden roller coasters. The park has two wooden coasters as old as prohibition, and a third that debuted at the height of the Vietnam War.

I know everyone remembers their first experience of the double dip on the Jack Rabbit, racing your friends on the Racer, or your first run in with the Thunderbolt. It’s a landscape of time capsule amusement rides. Satisfying for history buffs and ride enthusiasts alike.

When passing through the famous entrance tunnel at Kennywood, I imagine myself passing through some sort of time portal, where I’m confronted with unforgettable memories. Remembering the screams heard for miles when my mom rode the laser loop, or when my old-man lost his bifocals on his first run in with the original Steel Phantom. 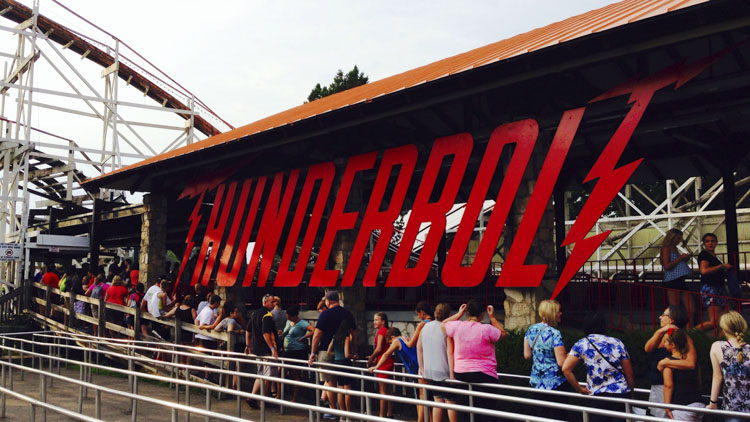 Someone please call Doc Brown and take me back to school picnics at Kennywood. Where picking the infamous Kennywood outfit was more important than the weather forecast. Those were the best of days.

In addition to all of the rides, great memories, and loads of excitement Kennywood has to offer, we should surely take a moment to recognize the awesome eats. For all of you health nuts out there, you better pack a few Greek yogurts and a Smart Water, or just chalk it up as a cheat day, because I’ve yet to find any health conscious food at Kennywood. Although it wouldn’t matter if I did, because I’m in no way interested on a day like this.

I’m a sucker for a corn dog slam dunked in mustard, and an order of potato patch fries smothered in cheese. Oh, and that mutated science experiment of an ice cream cone from the Golden Nugget , I’ll take one of those too. I came here to ride rides and eat sinful food, and there are only so many hours in a day.

I always imagine what it will be like when I take my daughter for her first ride on the Phantom’s Revenge, and it instantly puts a smile on my face. As the Kennywood slogan goes “Make a New Memory.”

It’s inevitable, but I never want the day to end at Kennywood, as if I’m racing against time. Unfortunately in life sometimes great things must come to an end, and in this case it’s my annual trip to Kennywood. With sounds of the “Goodnight Song” . . . It’s time to say GOODNIGHT and goodbye until next year. 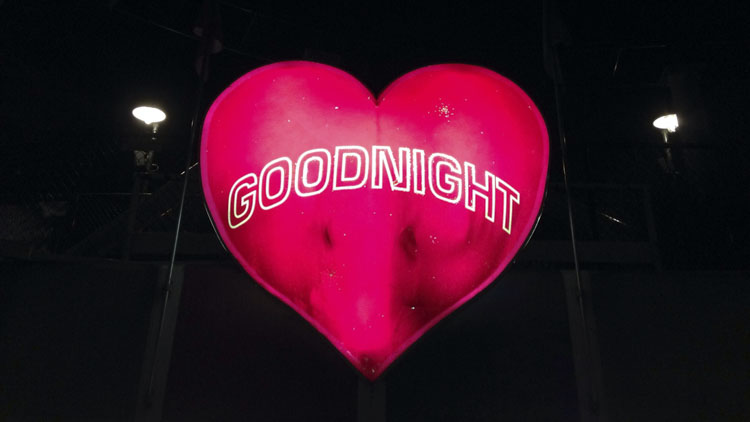 Corey Allinder
A lifelong resident of Beaver County – with a taste for good food and delicious craft beer. He has a special place in his heart for all of the neglected and mistreated dogs in the world. Corey spends all of his free time enjoying the outdoors with his wife, daughter, and locally famous Boston Terrier – who can be found here on Instagram.
 Share this article:  Facebook  Twitter
I Am Looking Forward August 30, 2015 By Jennifer Schropp
0
Comments
Dr. In O. Ryoo, Moon Twp. August 28, 2015 By In Memory
0
Comments