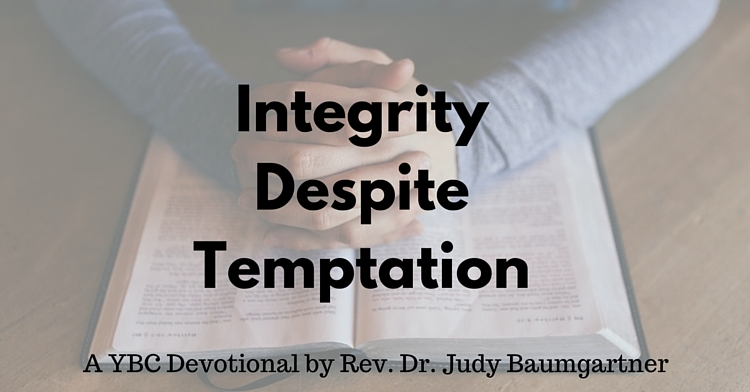 Everything seemed to be progressing favorably for the young Hebrew slave once he became captain of Potiphar’s household. Yes, he was still a slave in a foreign land; however, he was out of the fields and the grueling labor that accompanied that scenario. Then, his master’s wife took an interest in him and Joseph’s problems ensued. Although Joseph did not want anything to do with her, she threw herself at him continually. Ultimately, this brought another tragedy into his life.

Now Joseph was well-built and handsome, and after a while his master’s wife took notice of Joseph and said, “Come to bed with me!”

But he refused. “With me in charge,” he told her, “my master does not concern himself with anything in the house; everything he owns he has entrusted to my care. No one is greater in this house than I am. My master has withheld nothing from me except you, because you are his wife. How then could I do such a wicked thing and sin against God?” And though she spoke to Joseph day after day, he refused to go to bed with her or even be with her. (Genesis 39:6-10, NIV)

Joseph’s integrity is more than impressive. He was deeply concerned about sin. This is spectacular evidence of the Holy Spirit working within him. When evil abounds, it is easy to compromise or justify wickedness. Joseph remained faithful through this intense temptation.

One day he went into the house to attend to his duties, and none of the household servants was inside. She caught him by his cloak and said, “Come to bed with me!” But he left his cloak in her hand and ran out of the house.

When she saw that he had left his cloak in her hand and had run out of the house, she called her household servants. “Look,” she said to them, “this Hebrew has been brought to us to make sport of us! He came in here to sleep with me, but I screamed. When he heard me scream for help, he left his cloak beside me and ran out of the house.”

She kept his cloak beside her until his master came home. Then she told him this story: “That Hebrew slave you brought us came to me to make sport of me. But as soon as I screamed for help, he left his cloak beside me and ran out of the house.”

When his master heard the story his wife told him, saying, “This is how your slave treated me,” he burned with anger. Joseph’s master took him and put him in prison, the place where the king’s prisoners were confined. (Genesis 39:11-20, NIV)

At this particular moment, Joseph’s integrity may appear as folly. After all, he was sentenced to prison for his actions. People with a compromised character often employ this warped type of thinking. God was pleased with his honor and nothing else matters.

Like Joseph, we are continually tempted. It is always best to do what pleases God. In time, it will be proven to be the best decision. Therefore, let us make every effort to live with integrity. Nothing is sweeter than His favor.

Rev. Dr. Judy Baumgartner
Rev. Mark Baumgartner was the lead pastor at Hope Assembly of God (HAOG) Church, 3008 Cleveland Avenue, Aliquippa, PA (3 blocks from Hopewell Shopping Center) until his death in 2012. His wife of 30 years, Rev. Dr. Judy Baumgartner is the associate pastor at HAOG and executive secretary for Christians United in Beaver County (CUBC), which is a non-profit organization that sponsors Chaplaincy Programs at the Beaver County Jail, Friendship Ridge Nursing Facility, HVHS Beaver & Sewickley campuses, and Behavioral Wing of HVHS, Beaver campus, as well as many other community service projects/events and youth organizations.