I Took Everything Apart 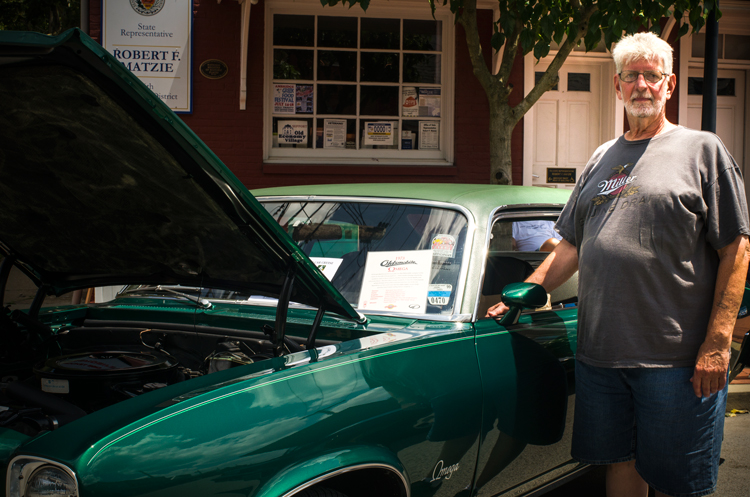 (After learning that he’d done much of the work to restore the car, I asked how he did it) “I’m not a mechanic, but, you know, compared to today’s cars, there’s not a whole lot to them electrically. There’s no computers or anything. So, just a matter of I made notes, I took pictures, I took everything apart and then put it back together. We drove the car to Lansing, Michigan for the 100th birthday (of the Oldsmobile).”

Erin Ninehouser
Erin Ninehouser loves photography for its ability to reveal truths and insights that are often too difficult to capture with words. She believes, as Garrison Keillor says through his troubled yet triumphant character Barbara in Pontoon, that “the only sermon that counts is the one formed by our actions.” A native of New Castle, Erin has made her home in Ambridge where she lives happily with her wonderful husband Dave, their three adorable and hilarious cats, and their “old gentleman” dog, Max. Erin is excited to help tell the stories of the people of Beaver County. You can see more of her work on Facebook and connect on Instagram or Twitter.
 Share this article:  Facebook  Twitter
Dorothy E. Weslager, Brighton Twp. August 7, 2015 By In Memory
0
Comments
Best French Fries: #7 - Maple Restaurant August 7, 2015 By Andrew Selby
0
Comments