I Pray for Him Everyday 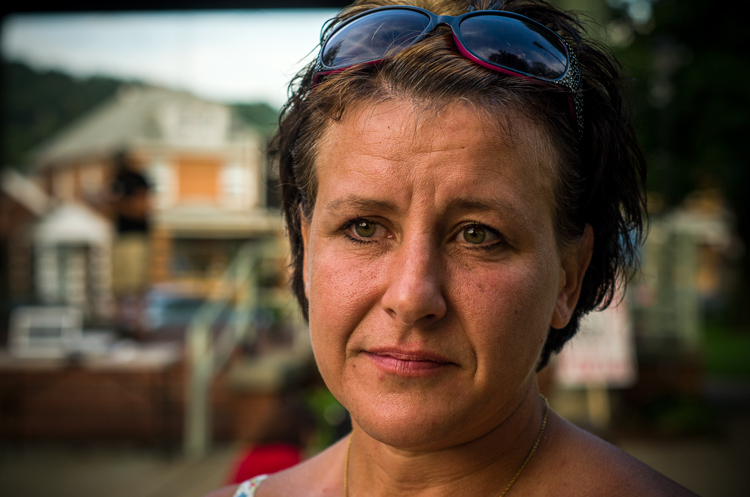 “I’m here for my son. He got addicted to heroin at a men’s home at a church. You know, I love him, but he’s hurt a lot of people. My Dad was dying, and he stole a gun off of him, you know, for drugs. And he apologized to my Dad, on his deathbed, and I know my Dad heard him because I saw the tears in his eyes. He just got out of jail on July 2nd and now he’s in rehab, and he’s doing really, really good. I pray for him everyday. He’s 24, he’s got his whole life ahead of him. I think he’s going to be all right. I’m here to support him.”

Erin Ninehouser
Erin Ninehouser loves photography for its ability to reveal truths and insights that are often too difficult to capture with words. She believes, as Garrison Keillor says through his troubled yet triumphant character Barbara in Pontoon, that “the only sermon that counts is the one formed by our actions.” A native of New Castle, Erin has made her home in Ambridge where she lives happily with her wonderful husband Dave, their three adorable and hilarious cats, and their “old gentleman” dog, Max. Erin is excited to help tell the stories of the people of Beaver County. You can see more of her work on Facebook and connect on Instagram or Twitter.
 Share this article:  Facebook  Twitter
A Weekend to Remember - The Trojans, The Indians, & The Warriors August 13, 2015 By Marc Grandinetti
0
Comments
John David Ball, Rochester August 12, 2015 By In Memory
0
Comments