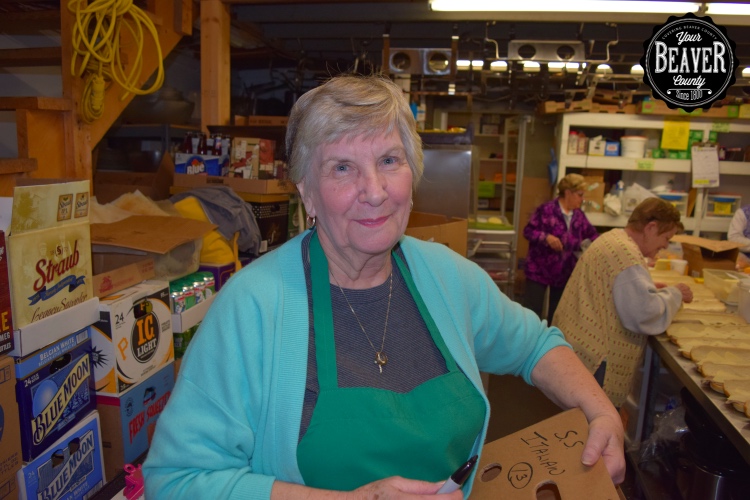 For just about as long as I can remember, Bowser’s Restaurant has been go-to place for hoagie fundraiser and pepperoni roll sales. I remember selling them and buying them all through high school and college, and if you don’t, your kids probably will! The Bowser’s fundraiser hoagie is a Beaver County tradition, as are the pepperoni rolls.

For most of my time at the restaurant, the entire hoagie operation has been led by Dorothy Petronchak. Since I don’t know much about the early days (I was in middle school when they started!), I thought it would make for an interesting story to take Dot out to breakfast and discuss everything that goes into the hoagie making process.

Shortly after Bowser’s Restaurant opened, they started working with local school organizations on fundraisers selling hoagies and pepperoni rolls. At about the same time, Busy Beaver at the mall was closing up for good, and Dot was in the market for a part-time job. The new hoagie business seemed like a perfect fit.

Dot explained to me that, back then,  30 hoagies was a big order (orders of over 1,000 hoagies are common today). They were getting their hoagie buns from Tomic’s Bakery in Beaver Falls, and those buns were delivered by Mr. Tomsic himself every morning as soon as he was done baking them.

She told me that they had to switch to Mancini’s Bakery after Tomsic’s closed. Then, they decided to switch to Cellone when the business really took off because Cellone was able to offer sliced buns, allowing the hoagie crew to increase their productivity.

This was also before the pepperoni roll makers had a bread proofer, so there would be trays of rising bread dough covered with towels sitting in different places all through the kitchen.

Now that she has accumulated more than 20 years experience in the hoagie business, Dot is able to appreciate many of the finer aspects of a hoagie that you or I might simply gloss over. One of her favorite phrases is that, “Everyone eats lunch.” She is famous for reminding anyone working for her that they are making someone’s lunch, so they better make it well.

“Everyone eats lunch” is also the way that she explains the fundraiser process to new organizations that are interested in selling hoagies. She stresses that if there are 100 people in an organization, and everyone of them sells 2 hoagies at a profit of $1-2 per hoagie, the organization can’t help but make money……and who can’t sell two hoagies, because…….wait for it….. EVERYONE EATS LUNCH!

Today, Dot deals with a huge number of school organizations, cub scouts, boy scouts, girl scouts, sports teams, and church groups from all over Beaver County. She has handled hoagie sales for just about every school district in Beaver County, as well as most of the churches and sports teams.

She also stressed that some of the advantages that they have introduced in recent years including free delivery on substantial orders and the ability for customers and group to make special requests like “no cheese” or “no onions” have really helped make hoagie fundraisers more attractive to the people coordinating the sales for local organizations. 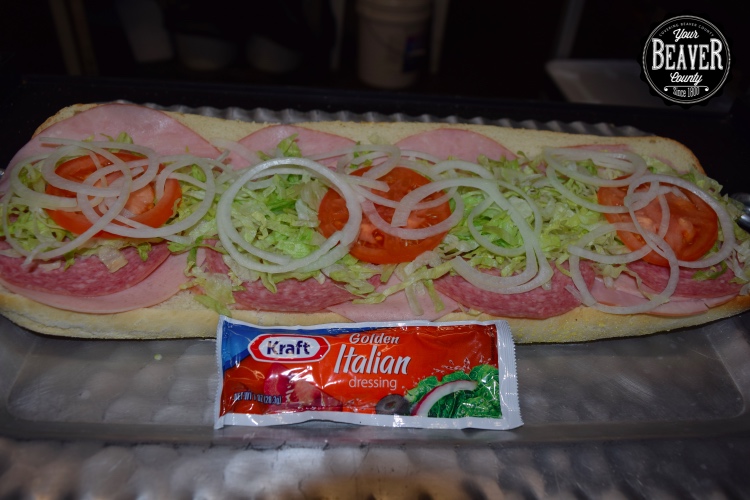 One of the things I find most interesting about both Dot and the hoagie business is the crew that she has put together to work along with her making all of these hoagies. Today’s hoagie crew is comprised of about a dozen people. Most of them are women in their 70s who were looking for a part time job to get them out of the house and remain active.

The normal start time for a hoagie shift is 5:30 am, and these ladies generally work straight through until the orders for the day are complete, whenever that may be. Dot made it a point to emphasize that her hoagie ladies work hard in tight quarters under stressful deadlines, but you won’t every catch any of them complaining about it. They are simply focused on making someone’s lunch for that day, because………you guessed it…….EVERYONE EATS LUNCH. 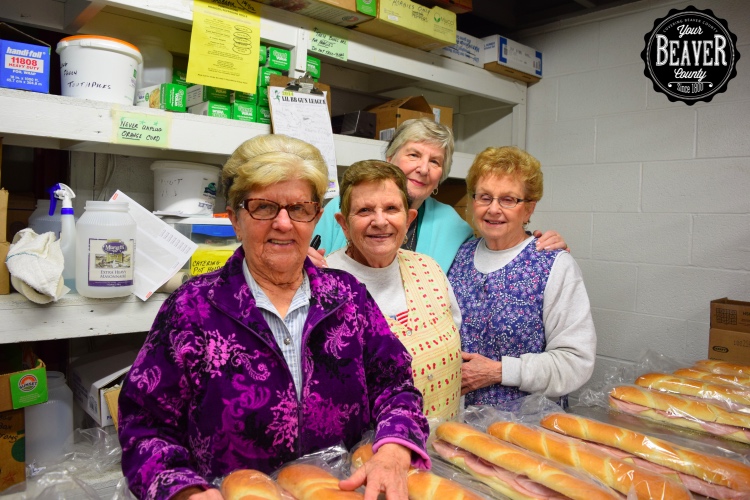 You might think that someone with 20+ years experience making hoagies would be awfully tired of eating them, but not Dot. She still eats her product quite regularly and also orders them for family functions and social events. She strongly suggested taking the hoagie and toasting it in a toaster oven for a few minutes to crisp the bun and melt the cheese. Sounds delicious!

Andrew Selby
Andrew is a professional freelance writer and lifelong resident of Beaver County. He created Your Beaver County to promote and showcase all of the positive aspects of our incredible local culture! You can find more of Andrew’s professional information at Brooklyn Content, or you can also follow him on his personal twitter account, @theAndrewSelby.
 Share this article:  Facebook  Twitter
Johnny Angel and the Halos Live at Lincoln Park December 10, 2014 By Andrew Selby
0
Comments
Top 5 Par 3's in Beaver County Golf December 7, 2014 By Marc Grandinetti
0
Comments