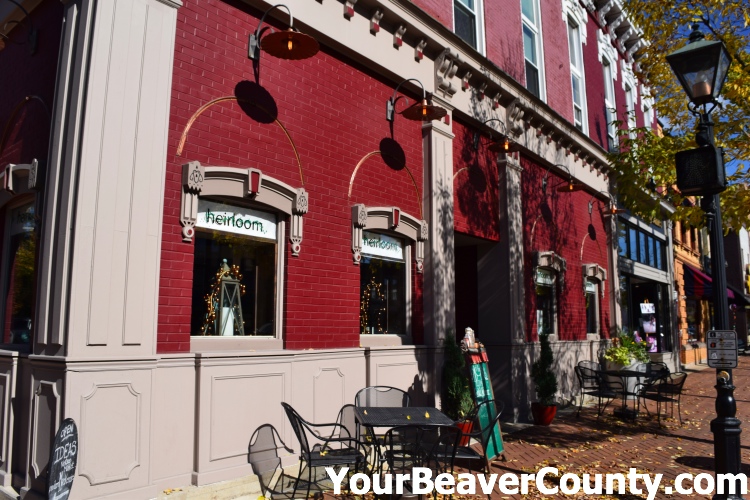 One of the newest places on the restaurant scene in Beaver County is Heirloom Restaurant, located at 690 3rd Street in downtown Beaver. Heirloom was opened by Center Township native Rich Montini, formerly the executive chef at PNC Park. The building, built in 1890, was previously occupied by longstanding establishment, Levanti’s. With seating for over 100, Heirloom is perfect for an intimate dinner or a large group party. Smaller private rooms are also available for dinner meetings or family events.

First, I started with stuffed hot banana peppers. Normally a “can’t miss” at most restaurants, Heirloom’s were some of the best I have ever eaten, and that is saying a lot. The peppers, sausage, sauce, and mozzarella combined to make a perfect dish.

The second appetizer I devoured were the seasonal, Oktoberfest-inspired, potato pancakes. When these were first brought out, I thought, “Wow, these look like hash browns from the Waffle House.” But, that’s where the similarities ended. Garnished with scallions to go with sides of sour cream and apple sauce, the potato pancakes were simply outstanding. I never knew Italians could perfect a German dish, but that’s what Chef Montini did here. Kudos on the appetizers. 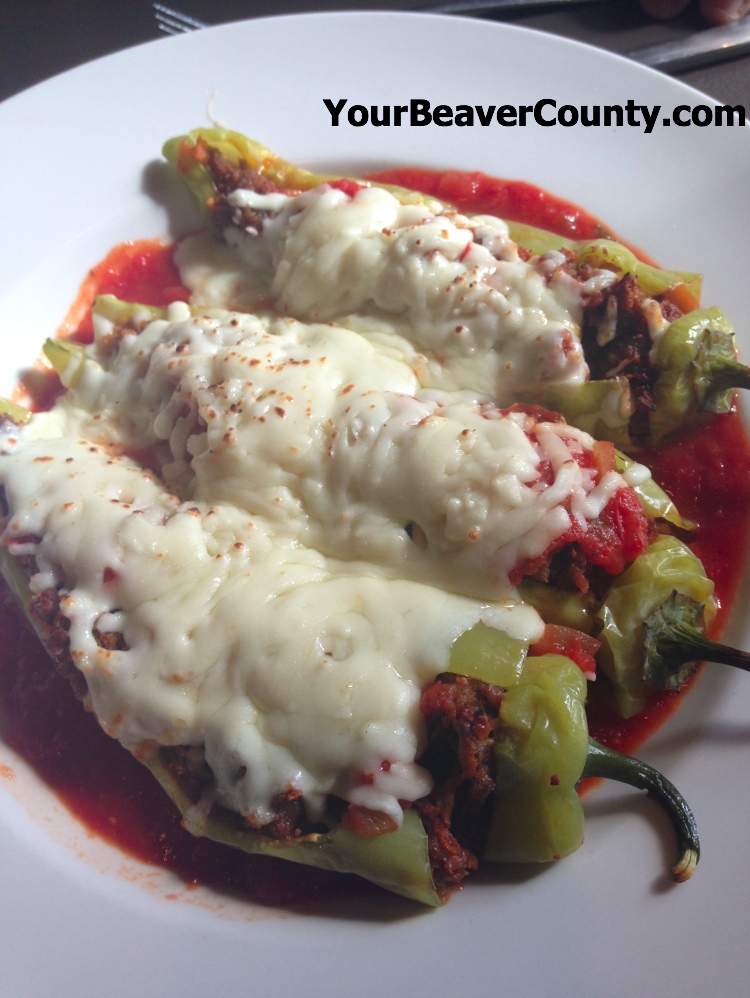 For the entrees, I decided to go with the pulled pork mini tacos and another Oktoberfest-inspired dish, the bratwurst sandwich.

First, the tacos. Served on three small tortillas, these portions were the perfect amount to compliment the rest of the meal. The tacos were topped with onion straws, barbecue sauce, and garnished with cilantro. This was another good choice, as the tacos were on point.

Lastly, the bratwurst sandwich was served on a fresh roll, accompanied by homemade chips, sauerkraut, and a pickle spear – a true German dish. The bratwurst was authentic, tasty, and cooked to perfection. The sauerkraut wasn’t too overwhelming like your grandma’s sauerkraut can be, and the homemade chips were seasoned just enough to add a wonderful flavor. 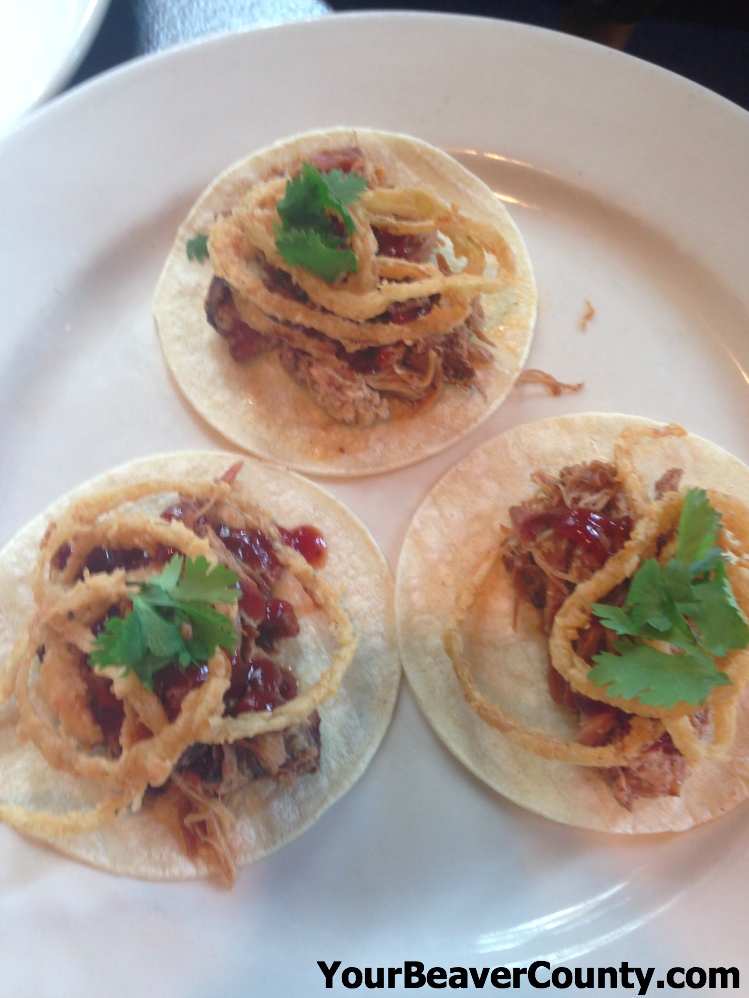 One of the most attractive things that makes Heirloom stand out above the competition is the unique and diverse menu. From pork belly to crabcakes, to burgers, salads, and a wide range of pastas, Heirloom offers something that appeals to almost anyone. Everything is produced in-house, to order, and without the use of preservatives, additives or chemicals. This can only mean one thing: freshness is guaranteed.

Finally, the service was also above average. Our server, Toby, was attentive, polite, and professional. The front of house staff was also very welcoming and accommodating.

It’s great to see another first-class restaurant with a local owner use locally-sourced products and ingredients to create one of the most unique dining experiences this county has to offer. The bottom line is that Heirloom Restaurant is among the very best places to eat in Beaver County. It’s prime location in downtown Beaver means you should do yourself a favor and visit this amazing new place to eat. You won’t walk away disappointed – or hungry.