Heirloom: On the Forefront of the Locavore Movement 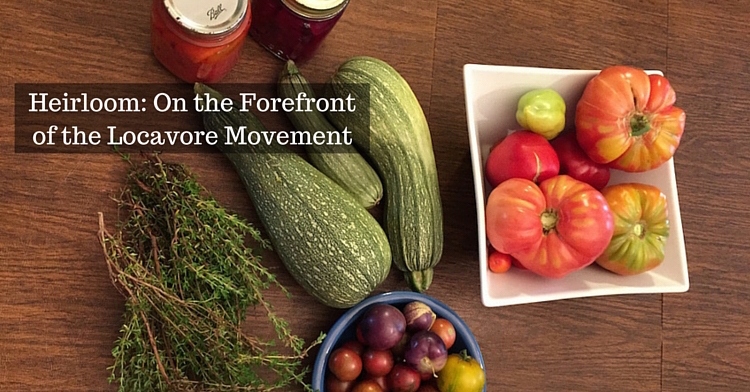 This article is sponsored by our friends at Heirloom Restaurant in Beaver. If you are looking for an excellent meal that is made from scratch using local ingredients, Heirloom is the place to be!

A locavore is defined as a person whose diet consists only or principally of locally grown or produced food.

The local food movement is more prevalent in Pittsburgh and the surrounding neighborhoods than it is here in Beaver County, but it’s starting to catch on. More and more, people want to know where the food comes from, where it is grown, and who grows or produces it.

Ana wrote a fantastic article on CSA’s – community sustainable agriculture. We’ve written about local farmers’ markets and also farms such as McConnell’s and Brunton Dairy where one can buy locally grown fruits, vegetables, and dairy. This locavore movement is one that makes all of us at Your Beaver County very, very happy.

I personally loathe grocery shopping at places like Wal-Mart or other big box stores, and simply won’t do it (except for Costco). We all would love to see this movement continue to grow on the local restaurant scene. But for right now, one chef has taken the lead on using sustainable agriculture and locally grown produce, and that’s Chef Rich Montini, owner and executive chef at Heirloom in Beaver.

We’ve written extensively about Chef Rich’s delicious meals that he creates using a myriad of cooking techniques. His execution and attention to detail is flawless. He brings a certain element to the local restaurant scene that was missing here in Beaver County, and that’s a passion for using ingredients that he can actually pick and choose himself.

Chef Rich can trace this passion back to the “old country,” or as I like to call it, “the motherland,” Italy. You see, Montini’s parents, Archie and Mary Lou, came to this country from a small town on the boot you may have heard of – Patrica. Immigrants from that mountain town settled here in Aliquippa, bringing with them the San Rocco Festa.

Gardening is as Italian as making wine, eating figs – the fruit of Caesar and his countrymen – and curing your own soppressata. Immigrants, often poor, from all over Europe grew their own gardens as a way to sustain their way of life. They grew what was needed, canned and jarred food to last them through the winter, and saved, saved, saved.

When they came to America, they brought this skill of gardening with them. “Some of the seeds I use are over 200 years old,” said Mr. Montini. “Back in the old country, it (gardening) was a necessity. Everybody in my family had a garden. To me, now, it’s a way for relaxing.” 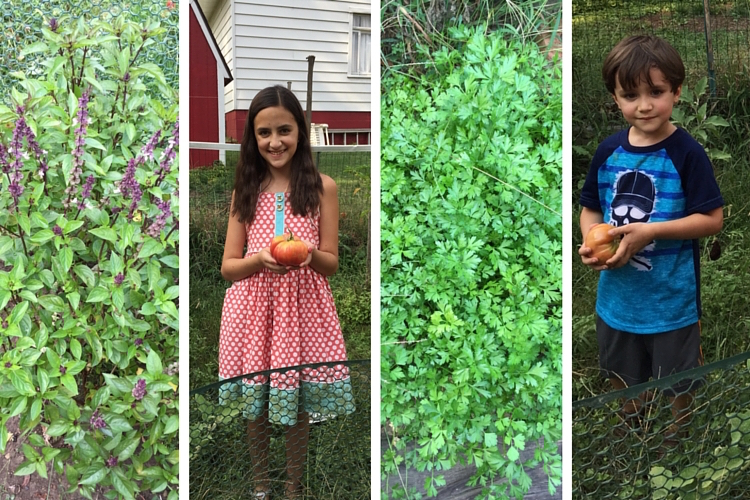 You will be hard-pressed to find another restaurant that uses as many locally grown, organic, non-GMO (genetically modified organisms) ingredients as Heirloom does. These plants are tended to with a labor of love.

Chef Rich will use the tomatoes in his ever-popular heirloom tomato watermelon salad; the fresh basil will be put to use in the caprese salad with mozzarella and more heirloom tomatoes; the tomatillos are used in his pico de gallo, a garnish for the fish tacos; the peppers add some heat to the pasta diavolo, a dish my father raved about; the chili peppers are used to make a harissa paste for some Mediterranean-inspired meals; and the sage is used in the chicken saltimbocca.

I believe there’s even more room for growth and creativity on the local restaurant scene. We need more Rich Montini’s in Beaver County. People who aren’t afraid to push the limits and use ingredients that are grown right here in western Pennsylvania.

But for right now, Chef Rich is in a league of his own locally when it comes to using ingredients that he can pick himself. As I’ve stated before in this space, the next time you need an idea for a great meal and outstanding service, visit Heirloom. And don’t forget to bring a bottle of homemade wine.