He Talked About the Training and Discipline He Got There 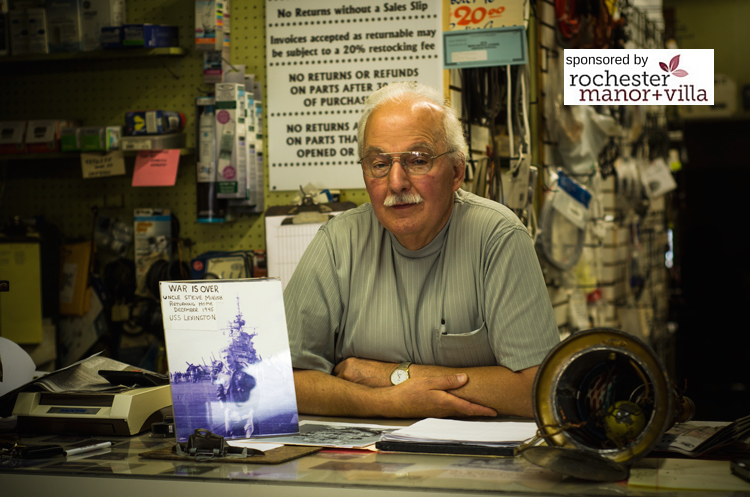 “My uncle, he passed away a few years ago, he was in WWII and he was very instrumental in the VFW here in Ambridge. This is him, my uncle Steve. He would tell us of his experiences during the war.

I’m sure you’ve heard of the CCC camps. The people who were in the camps, they looked at the experience as being training for the military because so many of them went into the army afterwards.

My uncle Steve was in the CCCs, and when he was in a nursing home (he was mentally alert, just couldn’t walk anymore), a man from Washington, DC came and interviewed him and he told his story about the CCCs. He was at Camp Roosevelt, and he talked about the training and discipline he got there and how he attributed that so much to his success, not only in the military, when he went into the army air corp, but also to his success in life.

The CCC built bridges, public infrastructure. Where you see it around here, if you go to Sewickley, the original Blackburn road stonework was done by the CCCs.”

Erin Ninehouser
Erin Ninehouser loves photography for its ability to reveal truths and insights that are often too difficult to capture with words. She believes, as Garrison Keillor says through his troubled yet triumphant character Barbara in Pontoon, that “the only sermon that counts is the one formed by our actions.” A native of New Castle, Erin has made her home in Ambridge where she lives happily with her wonderful husband Dave, their three adorable and hilarious cats, and their “old gentleman” dog, Max. Erin is excited to help tell the stories of the people of Beaver County. You can see more of her work on Facebook and connect on Instagram or Twitter.
 Share this article:  Facebook  Twitter
Old Pictures: Possible Beaver High School Construction? November 12, 2015 By Andrew Selby
0
Comments
Veterans Day: Growing up a Son of a Grunt November 11, 2015 By Corey Allinder
0
Comments