Having a Blast at the Video Game Hall of Fame 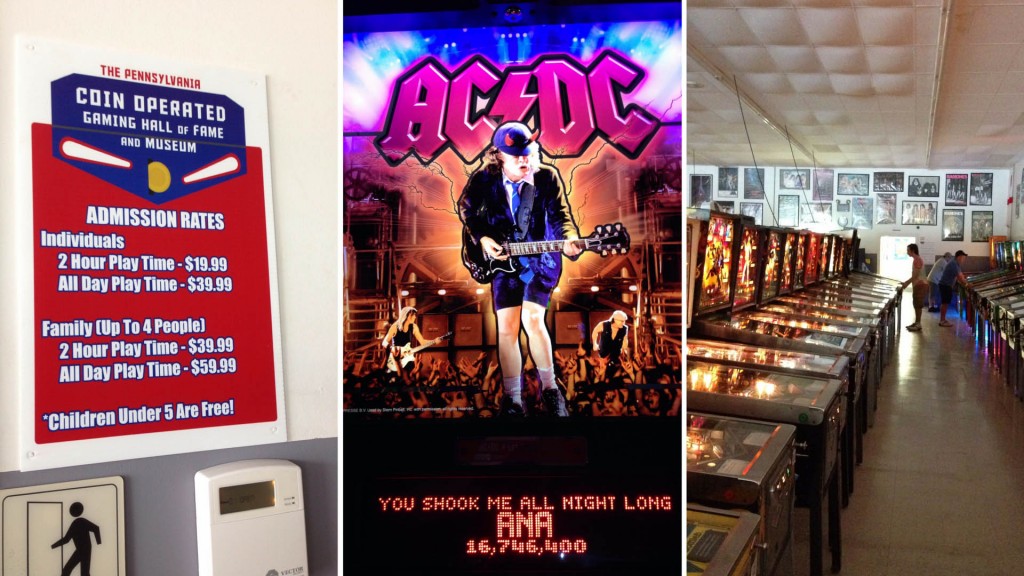 Having three kids in three very different ages is sometimes a struggle. Trying to entertain them all at the same time is pretty much impossible.

Well, let’s be honest. Trying to entertain the teenager at all is pretty much impossible. He likes eye rolls, long sighs and not hanging out with his parents. But, alas, I force him to spend time with me every once in awhile.

There are stipulations, of course. He can’t have other plans (of course) or the potential for other plans, we can’t do anything locally or outside (for fear that we will be seen), and it can’t last too long. A few hours, tops. I’m pretty smart, for being a mom *eyeroll* so I totally understand the rules. Whew!

I have been dying to check out the gambling going on at the Coin Operated Gaming Hall of Fame since it opened in May. This awesome slice of fun is located in the Hopewell Plaza, near JW Halls. I follow them on Facebook and Twitter, and I was super excited to finally get the chance to go.

On this particular Tuesday afternoon, the Mister had taken a vacation day and was able to stay home with the two smaller kids while Teenager Beaverhausen and I went by ourselves. Teen and Mom, hangin out!

At first he didn’t seem too thrilled when I mentioned the Hall of Fame. He asked if there were a lot of lame old games (whhhaaaaaat?!) or if it would be busy (that’s teen speak for ‘will anyone see us together?’). Oh, that kid…. But in the end, he agreed to grace me with his presence for the afternoon!

We pulled up around 1:30. The parking lot was pretty full and I just wasn’t really sure what to expect.  The front of the game room was pretty unassuming. It has whited-out windows with just one neon sign. It could have gone either way at this point. But then we walked in. 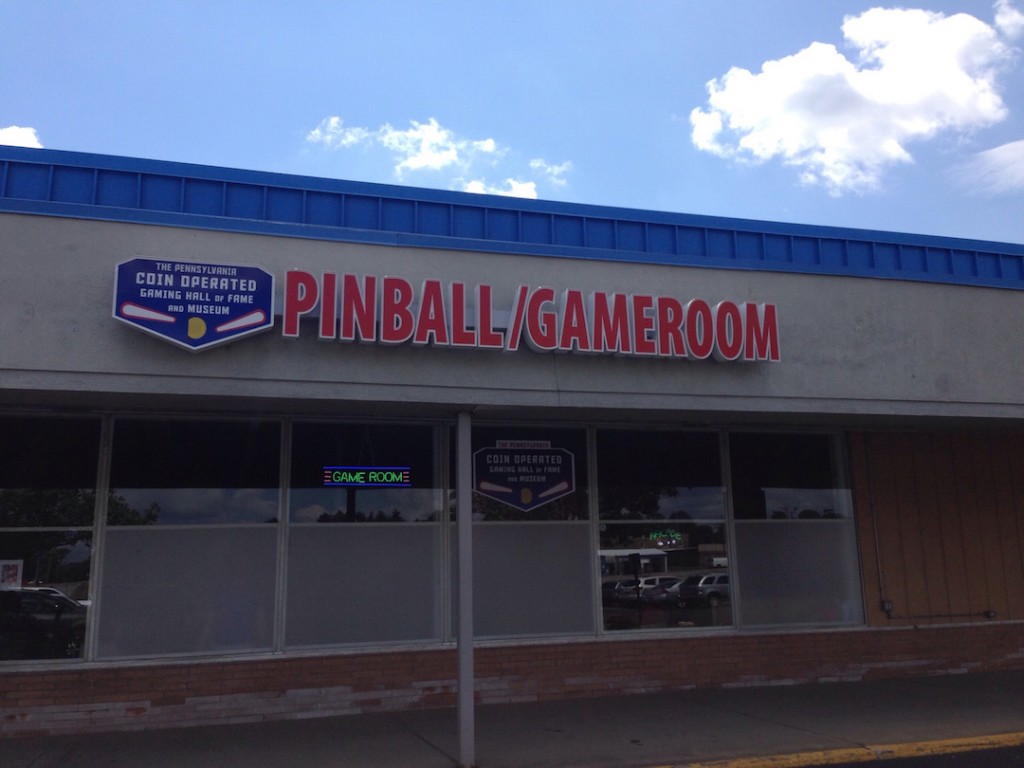 Rows and rows and rows of machines! I have never seen anything like this anywhere before. If you are awesome (‘awesome’ means ‘old’ in this sentence) like me, you remember when the Beaver Valley Mall had an arcade. It was in a couple different spots throughout the years, but the fondest memories I have of it was when it was located down the hallway near Hornes, behind the organ shop and across from the beauty supply store.

It was always dark and loud in there, and it was always a necessary stop when we were at the mall.  But, the arcade was small. This was about ten times the size of that arcade! So many games!!!

How Does it Work?

We were immediately greeted by a nice gentleman at a small table. He reviewed how the whole thing worked. Unlike that mall arcade, the games here are all set to free play. You pay for either two hours or a full day, and you can play as much as you possibly want.  My inner 8 year old giggled with excitement!

From there, he took us on a little stroll back in video game history. There was a case that held two Atari systems, a Commodore 64, and a whole ton of game cartridges. So much nostalgia!!! The teen was amazed at the controllers.

Next there was an entire display case of PacMan memorabilia. A slushie cup from 1983, a PacMan ashtray, a blanket.. you name it, it was in the case. I’m telling you what.. at this point my inner 8 year old was squealing with excitement!

After checking out a few more really old and unique games, we were set loose. We took a quick walk through the aisles, enjoying the sights and sounds, before settling into our first pick. For Teenager Beaverhausen, he was straight old school with PacMan. I jumped at the chance to play Frogger (get it, jumped?! *knee slap* harhar).

This day was fantastic!! We both had a blast. He played games he had never heard of, and I played games that my big brother never let me take a turn with when we were kids! Donkey Kong, QBert, Paperboy, Buck Rogers… SO many games. They had games that you sit in, like Pole Position, and games that you shoot like Shoot Out. And that’s just the video games.

They have pinball machines dating back to the mid 1900’s. We went vintage, then retro, and ended up at the new games. I don’t mean to brag… buuut… if you happen to play the ACDC machine on the back right side and you see the name Ana on the high scores… well… I think you get what I’m saying.

Both the teenager and I had a blast at the game room! The game room is a not-for-profit business and the cost of admission allows the games to remain operational and it allows the addition of new games too. New ‘old’ games! You can play for $19.99 for two hours, or the entire day for $39.99.  Kids under 5 are free. They also have family rates, military rates, and senior citizen discounts. You can also buy all sorts of different annual passes.

Who is the coolest mom in the world? I don’t know the answer to that.. but what I do know is that this mom is on the top twenty list after today’s cool outing!  This was a very unique way to spend the day and you should definitely check it out. The next time, we might bring Toddler Beaverhausen. You are never too early to learn about arcade games, right!?

Anastastia Beaverhausen
Anastasia Beaverhausen is a married, stay-at-home mom of three kids. She was born, raised and still lives in downtown Beaver. Her main goals in life are making sure everyone lives through the week, the house doesn’t end up condemned, and teaching two (so far) small people how to “people” properly. In her free time, Ana enjoys running, knitting and gardening, although free time is a pretty tough thing to come by these days. Follow her on twiter @bcBeaverhausen!
 Share this article:  Facebook  Twitter
Joseph Valentic, New Brighton August 15, 2015 By In Memory
0
Comments
Robert J. Sinclair, Jr., Darlington Twp. August 14, 2015 By In Memory
0
Comments